After wiping the enemy from the map in a single-player skirmish, I didn’t win until eventually they offered to surrender.

After crippling them and destroying their Town Center, they didn’t offer to resign, which seems to happen a lot on naval maps (because they seem to think their few remaining fishing ships will help them). So I destroyed them more and they offered to resign. I rejected so I could finish them off, but when I did, the game kept going even though there was nothing left to kill. I researched Spies to make sure I got everything. The only things they had left on the map were their fallen Explorer and their naval shipment flag. I had to wait until they offered to resign again.

It’s the only time this has happened to me, so I don’t know how to reproduce it. I was playing British v Spanish on Hard on Honshu with Standard rules. It was the Hawaii challenge.

I should have won the game without needing to accept a resignation. 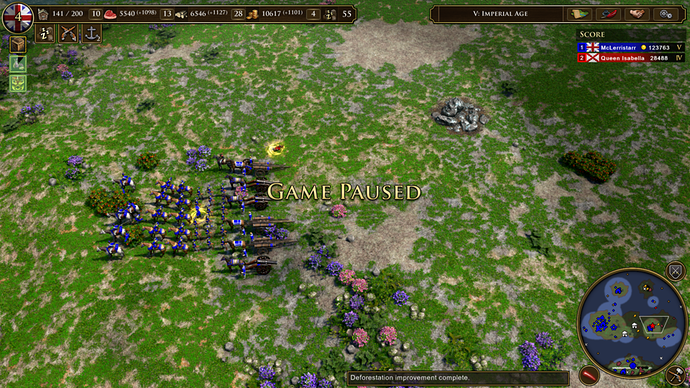 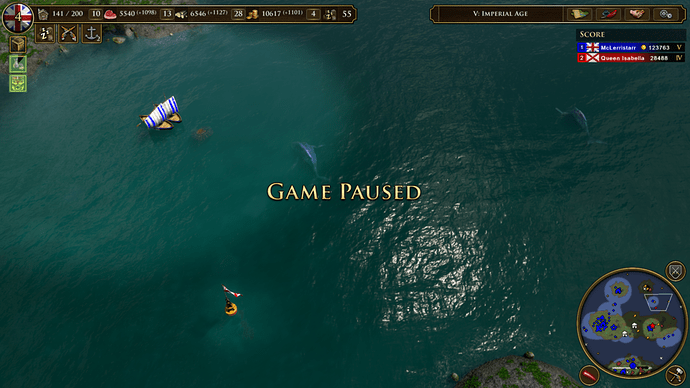 The only things they had left on the map were their fallen Explorer and their naval shipment flag. 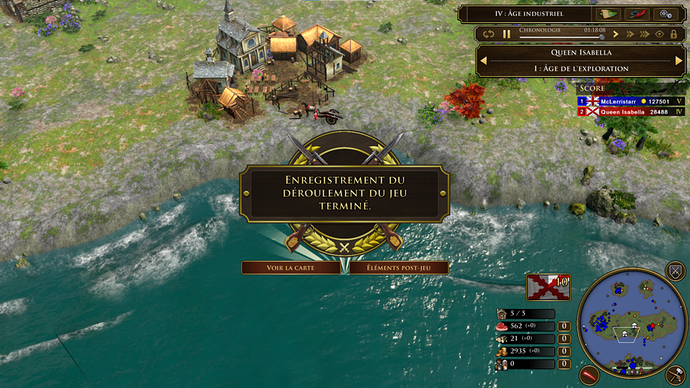 Best way to spot remaining units on replay is to enable fog of war in the enemy view. Here the trading post is hiding the enemy unit on the minimap, but the field of view (circle) is clearly visible. 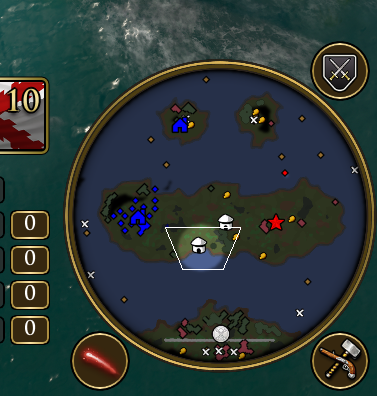 Huh. Never saw that. Thanks. I didn’t watch the replay. I should have been able to see it during the game.

It’s potentially a glitch. There were a bunch of dead artillery that never disappeared (which is an annoying bug). Maybe the unit bugged out. Or maybe it was a normal unit that got lost amongst the dead ones.

Either way, they should have resigned sooner.

This is a UI issue then. I should have been able to see it on the minimap. The unit dots should appear over the Trading Post icons.