Game froze and dropped during multiplayer

For the first time ever I had my game crash during multiplayer.
Have played over 250 games and never had any problems before.

Just making this topic so I can link with all my log files which I sent you.

Normal multiplayer game 2vs2, during a huge battle of us all 4, one op the opponents surrendered, one second after my game froze.
About 5 seconds later I was thrown out, AoE IV closed itself, while steam said the game was running.
Had to restart steam to be able to start AoE again.

(PS: sidenote, and I hope you guys are working on it…)

Can we get reconnect options for multiplayer?

I was playing as China with my Mongol teammate, to protect his trade which he heavily depended on, I tripple walled our trade, and used the great wall landmark.
As soon I dropped, his whole trade was cut off, he had to bring his cannons across the map (away from the fight he was about to win), and had to break triple Chinese walls supported by the great wall. 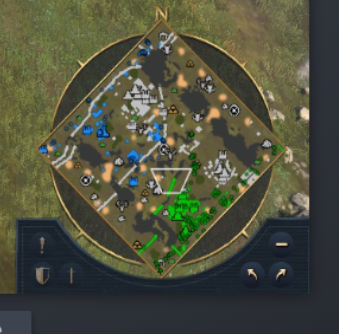 Took him more than 5 minutes, … no income… we lost the game.

When Players disconnect or surrender. AI should take over in online multiplayer
SavageEmpire566 February 11, 2022, 4:20pm 2

Sorry you had this happen…but thank you for getting your log files to support. It really does help!

I hear you on reconnect options.