I was recently experiencing some lag whilst playing the game. I have been having this issue since the release of hotfix 45185, where my game is dropping frames in all games in single player and multiplayer. When the lag occurs, the in-game FPS count bugs to ~200, which is clearly a bug because my monitor’s refresh rate is 144Hz.

Below is an example of the bug: 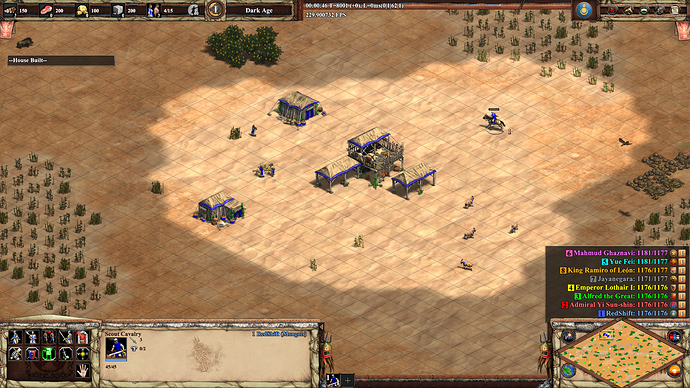 Whilst this is happening, my game becomes very rough, making tasks like scrolling across the map or micro-managing units very difficult because the game is so choppy. In addition, I have been getting a yellow clock in multiplayer games when this happens - although the effects of the lag are the same in both singleplayer and multiplayer.

But recently I noticed that when I return to the game after alt-tabbing, it runs smoothly for a few seconds (as it did before hotfix 45185), before the lag comes back again. So I tried running the game in windowed mode, and indeed the lag is completely gone, along with the bugged in-game FPS count.

See the screenshot below - my displayed FPS is ~144Hz, which matches the refresh rate of my monitor. 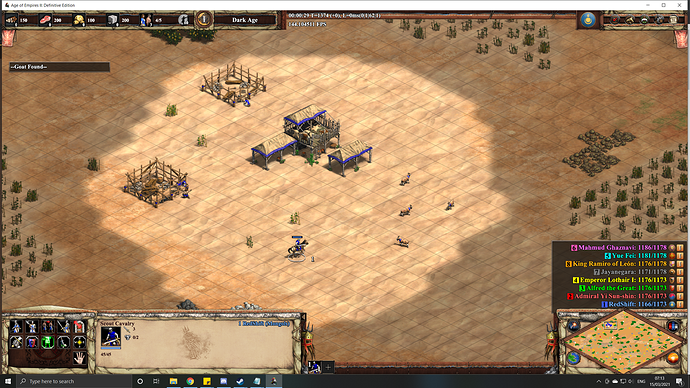 So I just wanted to ask if anyone else has been having this issue, or knows a fix?

Right now it is awkward to play in windowed mode because the task bar and white bar at the top of the screen are very distracting, and also carry a risk of being misclicked. So I would really appreciate any help to fix the issue

I seem to be getting the same issue with some serious Frame Rate Drops. I thought it might have been some bug adding a second monitor, but I am getting the same thing even if I remove it.
Windowed works, Full screen drops to about 60 fps.

Also yes, just alt tabbing it’s smooths out and jumps to 100fps+ for about 2 seconds and then drops back to 60 or less…Scrolling left to right, up and down, is rough and jerky.