Game still consuming too many resources on the main menu

Why would the main menu which looks so simple, and barely anything happening, have so much usage and stress on the PC? 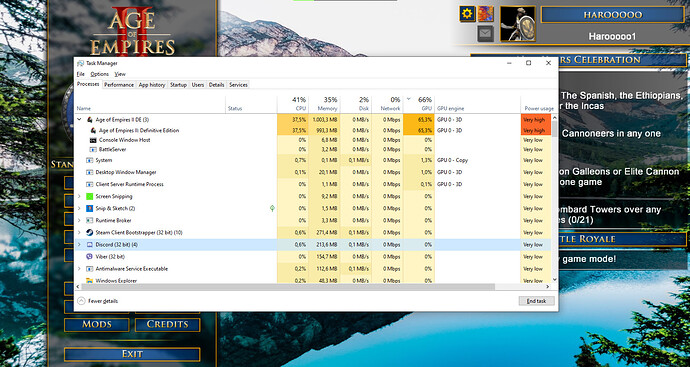 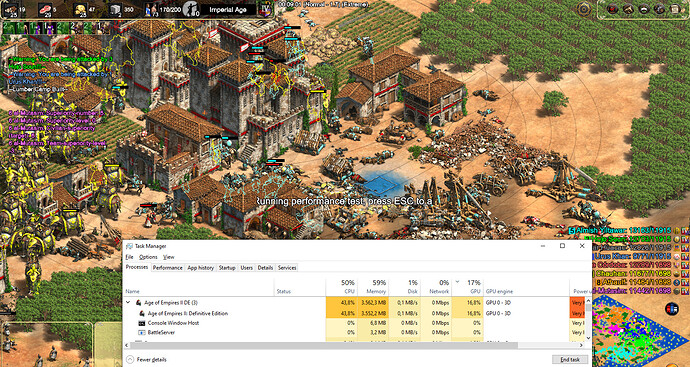 I can confirm same issue happening to me as well.

What are the mods that you use? Will it affect the main menu performance, like the new theme that you have or something?

With all mods enabled, or all mods disabled, its the same result

That is not an issue, for GPU readings use AMD metrics on the radeon software or MSi afterburner, the menu uses a lot of resources cause of the animated sparks.

Most games that are rendering animations on the menu are pretty demanding without even playing the game, as comparison check the re2 remake menu, it stresses the gpu at 100% just being there, anyway unless you are overheating your gpu that is still within the normal parameters.

This particular problem started crashing my PC. I have to be careful not to leave the game in the main menu in the background, need to open up one of the submenus.

I’ve done a bit a testing and found out something interesting. I have a GTX 650. In the main menu my GPU Core has high utilization - 88%, during the game this falls way under 50%. During the loading screen the utilization is just over 50%, a bit higher then in game. I use openhardwaremonitor to check and graph the values, I can attach some if useful.

I understand that this is my issue and I should fix/update my hardware. But there might be something funny going on in the menu. I can make some tests, attach dxinfo data, … if the support team or devs would be interested.