The main issue with siege is they have WAY WAY to much health. Take way to long for Cav units to kill and there getting attacked as well.
Siege health should be half what it is now.

Dude I think you’re doing it wrong. It takes like 6 torches to destroy a mangonel. That’s hilariously fragile. You must not even be trying. 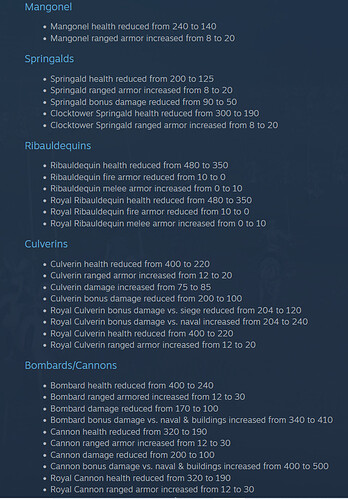 Looks like some massive changes are incoming so we will see how that plays out. My idea pre pup was to make them cost 5 population instead of 3. It would make it so you either had to sacrifice some army or some eco to defend a huge siege mass. Maybe still something to think about