As you can see from this screenshot, the game no longer shows up in the match history. So I’m unable to view the replay anymore. Other ranked games are also missing from the list. This is another bug. Should I create a new thread for that? As I said, this game was played 26 Aug, King of the Hill ranked. 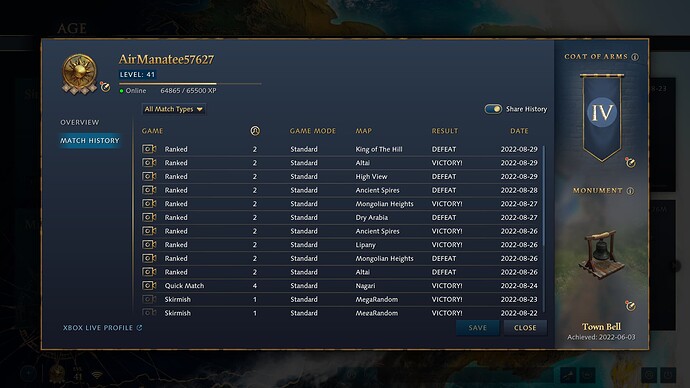 Should I create a new thread for that?

It’s helpful generally to do so, but I did it for you

If you locate a teammate/opponent and view their match history, does the match in question show?

Yes, I just tested. The matches I clicked on I was able to watch the replay of too.

As you can see on my new pic, some games (e.g. all from 26 Aug) that was on the earlier screenshot are now gone. Note, as can be seen on the bar to the right, the lists in both pics have identical length. 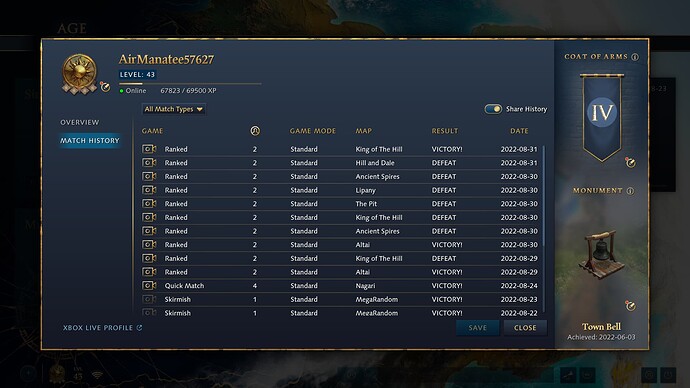 Match does not appear on opponents replays either, however does appear in aoe4world.com

@FacedString5076 did the match eventually show up? Did it show up after restarting the game?