you still dont understand . Aoe2 is just popular because streamers and E-sports .

WHO THE F is going to enjoy a 20 year old game that to master it you NEED to do advanced math to calculate projectiles and unit damage .

YOU LITERALLY have to memorize UNITS stats to be able to master AND WIN the game!

Its not even FUN!

Aoe3 has no streamers as the game is not meant to be competitive for e-sports , is just a game for casuals , a more chill game and fun one!

aoe2 does have a casual side to it, thing is its not the side posted on youtube, ranked tryhards are only part of the picture

Fun is subjective… whats not subjective is the number of ppl playing a game (for whatever reasons they play)… you’re trying to compel us that a game with 3500 1v 1 rank slots with an avg of 1.5k daily player base is more fun to ppl than another game with 50k ranks and 10k daily players???

Objectively it appears more ppl like the aoe2 than the aoe3?

To the few aoe3 fans: stop polutting all threads with your aoe3 game, no one cares about your game preferences, just play whatever, no one cares.

Back on topic: The only way I see to save AoE4 is to change the developer. I’ve said it many times, Relic are not competent enough for such a task, they can’t code! The only issue here is: what IF the game engine is the problem? What if Essence Engine cant cope with the most basic stuff in a game like AoE? Although I find it hard to believe that simple things like picking a player color have to do with engine limitations, I think it’s the devs’ lack of experience and skill.

YOU LITERALLY have to memorize UNITS stats to be able to master AND WIN the game!

in DOTA/LOL you need to memorize 100+ heros with 4xabiliries.

So, games are sucks.

Better memorize, than play only mangonels in every game to counter everythong.

Further to my post above, I remembered about units not following terrain slope/angle in AoE4. I made a post which I cant find anymore (probably it was in the beta forums pre-release) where I was showing that in CoH1, which is the same engine but an even older out of date version, units were following the terrain slope just fine. So it is perfectly possible with the Essence Engine, which leaves the only explanation as to why it’s not in AoE4 as well to either laziness or incompetence.

I will link another post that I could find made by someone else about the same issue, albeit it doesnt show how in CoH it is perfectly possible.

After playing the stress test build for a few hours, I saw zero improvements in the way the game engine handles units going up and down hills. Basically units always lie flat, being fully horizontal no matter the incline. This is especially noticeable in hilly maps and with large siege units which sometimes end up clipping/sinking in the ground or floating in the air. I had better screenshots showing worse cases than this but got obliterated after Steam removed the beta: [image] Relic’s CoH …

And here are pictures about this issue from another forum: 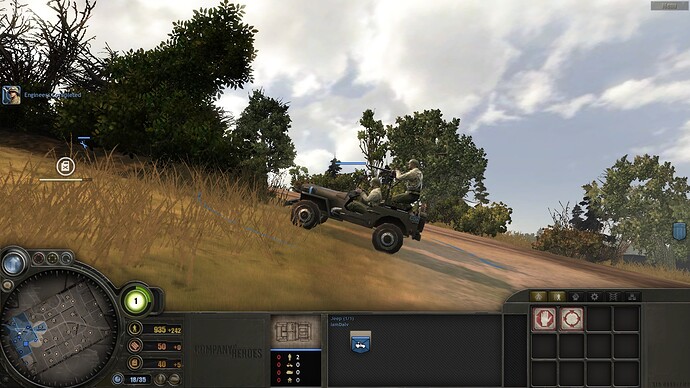 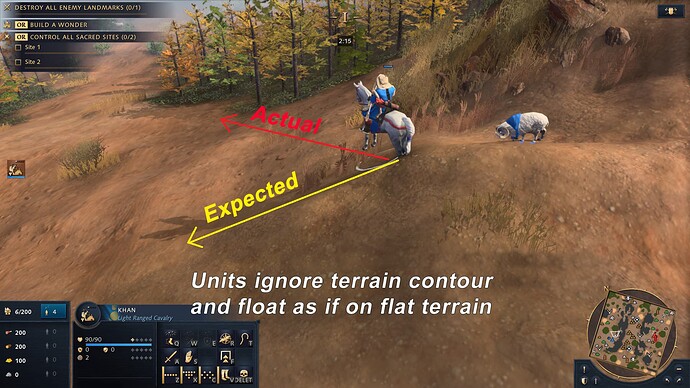 Looks ridiculous and cheap. Notice there was none of that stupid obstructing fog in CoH1 either (not talking about fog of war, but that crappy distant white fog in the distance even in discovered terrain) and camera could be moved freely.

So how do you explain this if not by lazy or incompetent devs?

Objectively it appears more ppl like the aoe2 than the aoe3?

You’ll need to elaborate?? We’re not talking about viewership? We’re talking about active players? How does esport and streamers MAKE ppl om the order of 10 thousand players play daily??

And IFF somehow you correlate the one to the other…then why not use similar mechanism to bring players to your game???

So how do you explain this if not by lazy or incompetent devs?

ez , not enough time to do it / rushed release.

Btw fog is a thing that you can disable if youre creating a map.

Its not lazy at all , the fog looks nice for me ngl

You dont seem to understand . Its not about viewership . Streamers and tournaments generate hype wich makes people play the game . What if viper would LEAVE aoe2 permanently ?

Probably player base would drecrease from 20k to 16k or smth like that .

I don’t understand what you’re saying… I’ve watch aoe2 and i font want to ay it ever again. Likewise with aoe3, ive watched that too and never wanna play 3 ever again. I’ve watch sc2 and dont wanna play it, I’ve watch many games that i dont play let alone KEEEEP playing based off of hype?

aoe3 dont have many players because the game has a non existent youtube comunity , as yt as aussie drongo moved their content to aoe4.

A youtube comunity is vital to mantain a game. its not hype , its the urge to play after seeing a video.

First BEFORE ppl like drongo left aoe3 and before there was aoe4?? What was the size of the community back in 2020? 2021?

2nd thing to consider… why did ppl like drongo leave aoe3 and NEVER came back? Hype can make you never come back?

i like the game and i accept that my game is not as popular as aoe2 is but that is because how marketing was done and how the awful release of aoe3 De went .

Everybody considers Aoe2 to be better but just because nobody wants to try aoe3 .

Looks nice “in your opinion”. For me it looks horrendous. Not having the option to disable it is a joke. 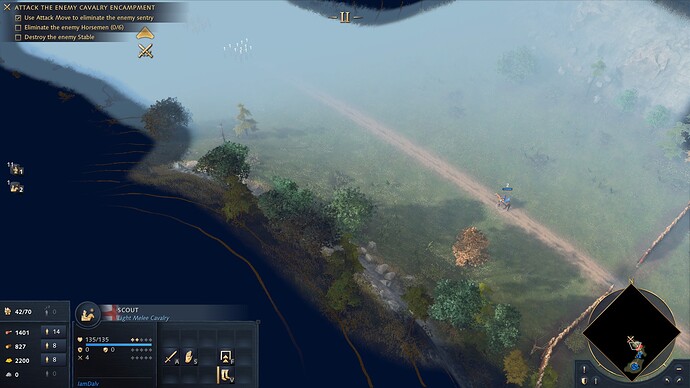 that fog looks awful. way worse that is saw/remenber in my last playthrought

Wow , that I the worst scenario you could pick , playing in a normal map does not have that amount of fog, and as I said .

Fog can be disabled in crafted maps

Yep , aoe3 DE was horrible but at least is getting better , you are just in the confort zone , try aoe3 and then comeback to Aoe2 . You will see which aoe is better .