After playing the stress test build for a few hours, I saw zero improvements in the way the game engine handles units going up and down hills. Basically units always lie flat, being fully horizontal no matter the incline. This is especially noticeable in hilly maps and with large siege units which sometimes end up clipping/sinking in the ground or floating in the air.

I had better screenshots showing worse cases than this but got obliterated after Steam removed the beta: 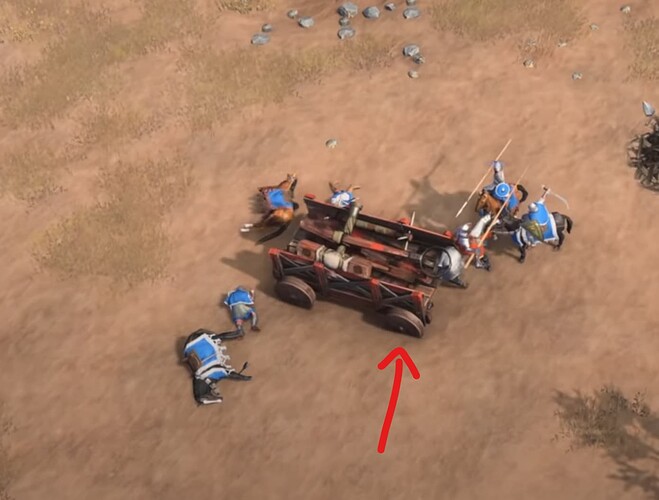 Relic’s CoH games do not suffer from this issue so clearly the engine is capable of “tilting/rotating” units front-to-rear and side-to-side. I’m increasingly worried because this video was posted in the official Xbox channel and seems to be an ever newer build and this is still not fixed: When humans walk up and down an incline, our bodies naturally try to stay upright so this doesn’t look that weird, but with siege and cavalry it’s a different story. If you have better screenshots or videos showcasing this, please post them. I can’t believe a game being developed in 2021 has this “limitation”.

In that picture it looks like the siege weapon is in mud or quicksand, even though it’s just a small incline.

New Mongols Reveal video released in the official YouTube channel. They should at least make an effort to hide the terrain clipping/units floating if they are not intending to fix it: 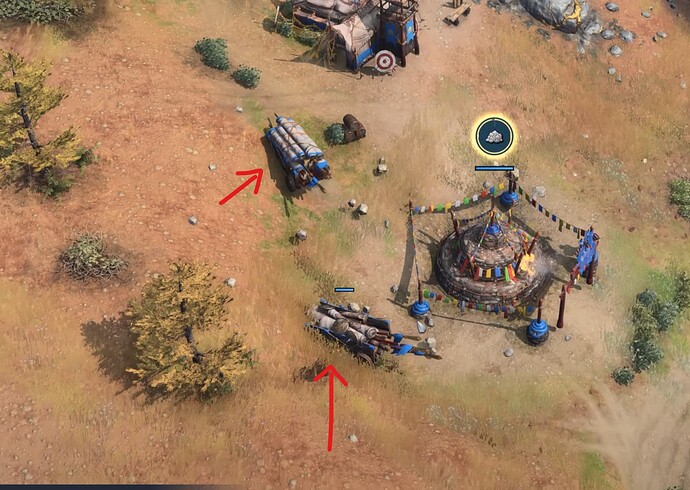 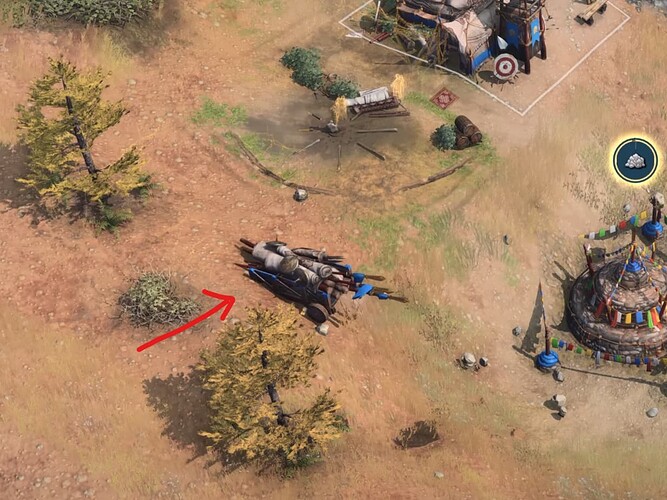 Minute 1:36 if you want to see it in all its awfulness: see the comments of this thread i have made :

Check out the mongol knight falling INTO the mountain with his horse…
Age of Empires IV: Abbasid Dynasty vs Mongols (official AOE yt)
Poor Zack a second after that: “I just love how all this looks…”…is it a silent cry for help?

They don’t even bother hiding it (e.g. checking the current surface angle to rotate the unit and make the death-animation look a bit more natural).

Why is this a thing 16 years after AOE3 released with havoc supported ragdolls? CoH and DoW can do it, but AOE4 does not, although it’s running on the same engine?
The optimisation argument? Then why not make it a freakin check box so one can turn it off on a potato PC?

They mixed isometric sprites and zoom in an orthographic environment.

What would you expect as result from that?

Exactly what you are showing here. So I don’t think they will change this. They adjusted the whole engine to be able to do this. For good reasons in favor to playability in regard to unit control and selection. The focus and zoom level always stays fixed on the units.

Problem here in general is working with depth and elevation in fake 3D which normally should also change the size and perspective of units depending on your own viewpoint and perspective. If this would be honored fully, fast paced gameplay would be very hard not to say impossible. So they prefer to keep the zoom level always relative to the units selection in screen. I can imagine they had a very tough road and a lot of adjustments in order to get here already.

And it’s not that bad. On the maps without a lot of elevation I got used to it. Although personally I would like it better if the camera viewpoint would follow the elevation a bit to keep it all in perspective at the set zoom level.

They mixed isometric sprites and zoom in an orthographic environment.

What would you expect as result from that?

Exactly what you are showing here. So I don’t think they will change this. They adjusted the whole engine to be able to do this. For good reasons in favor to playability in regard to unit control and selection. The focus and zoom level always stays fixed on the units. (…)

ehm… this game is fully 3D, not sure what you’re on about.

And this problem with units not following the height differences in terrain (for whatever reason) is exactly the reason why there is no siege crew. Imagine a Trebuchet would have additional horses in front. The unit would be so “long”, that on a steep hill the horses would vanish in the terrain completely.

In any case this is a horrible characteristic of a game in 2021 and totally puzzling to me.

And this problem with units not following the height differences in terrain (for whatever reason) is exactly the reason why there is no siege crew. Imagine a Trebuchet would have additional horses in front. The unit would be so “long”, that on a steep hill the horses would vanish in the terrain completely. 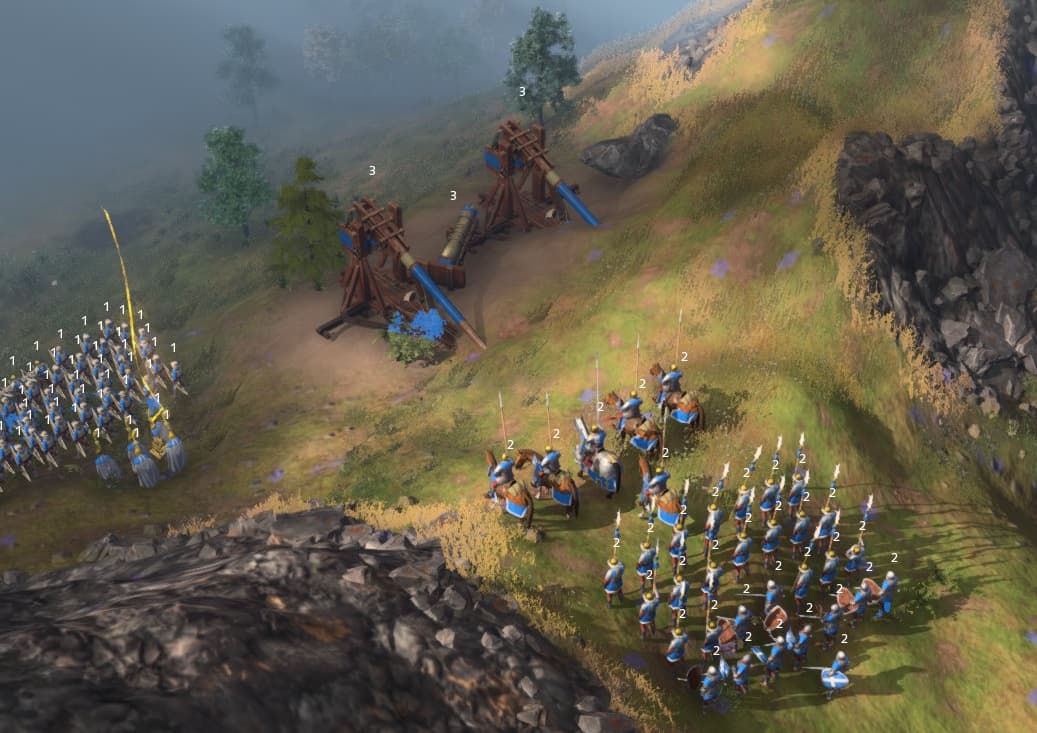 The last time I checked my screen I couldn’t grab inside it.

It’s not fully 3D. It gives you a 3D illusion and there are two methods of performing this on a 2D surface.

If it’s fully 3D for you, fine, but not for me and developers. Both can be used together or one of them for all. Orthographic makes it possible to rotate the viewpoint and so whole projection, something that is impossible with isometric projections.

You could do a search yourself to discover the difference between isometric and orthographic 3D, which both are illusions on 2D surfaces to give a 3D feeling. But it’s not real 3D.

Dude, we are dealing with perspective projection and 3D units moving over 3D surfaces…no sprites and orthographic camera involved here. What you describe is how AOE2 works.
The engine is called “Essence” and used for CoH and DoW (all of them expect DoW1).

I think you should study this book first. Your monitor is not a 3D surface it only has x,y and not z dimension/axis. I hope you are not too old to learn.

Flatland: A Romance of Many Dimensions is a satirical novella by the English schoolmaster Edwin Abbott Abbott, first published in 1884 by Seeley & Co. of London. Written pseudonymously by "A Square", the book used the fictional two-dimensional world of Flatland to comment on the hierarchy of Victorian culture, but the novella's more enduring contribution is its examination of dimensions. Several films have been made from the story, including the feature film Flatland (2007). Other efforts hav...

idk why you think siege crews will have an effect. aoe3 and much older 3d games did a fine job at avoiding terrain clipping.
here is a screenshot from unrealistic elevations you wont see in game with siege crews doing just fine. 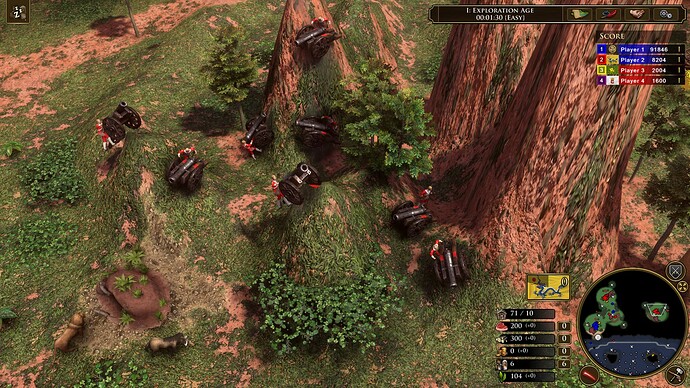 Yeah, cool man. You do you.

From AOM/AOE III and on the Bang! engine was used which is a full orthographic 3D engine. The genie engine is an isometric 3D engine. You can also see that the unit sizes a little bit to the perspective, so units further away are smaller. Something you don’t see in AOE II e.g. and that is the difference in orthographic and isometric engines. I still feel the mixed a bit of both in this game.

I love cannons that shoot straight up in the sky only to hurt themselves btw.

Siege crew doesn’t have a negative effect if they actually react to the steepness of a surface in the game. That’s the case for AoE3 but obvisouly that’s not the case for AoE4 (sadly).
Don’t get me wrong, I’d love the game to have siege crew.

Bear in mind that this affects ALL units, but siege and Mongol mobile camps in particular make it more noticeable since they are long units when packed. Horses also sink their legs into the ground when the terrain elevation is pronounced.

At least AoE II defaulted to floating instead of clipping. If anything, we are going backwards.

Please stop trying to explain stuff about topics you lack basic knowledge. You juggle around words with no real knowledge of what they mean in the context of game engines and link to non-related trivia as source.

AoE1/2 are basically just overlapping images and in this context, orthographic and perspective are methods how you fake the view through a camera. Simply put, perspective tries to fake natural depth while orthographic doesn’t.

Isometric just describes a camera angle that is quite popular. 2D Sidescroller use another “camera setup” for example.

(I speak in simplified terms and of course, there is no camera logic involved in sprite rendering)

3D rendering on the other hand has a complete virtual 3D scene and as such, the world is (almost) as measurable as reality. Therefore, it is absolutely possible for objects to know the slope of terrain they are facing and there is nothing preventing it on a technical level to adjust their rotation to said slope.

And AoE3/4 are obviously fully 3D rendered games which can offer therefor free cameras, which would be nearly impossible for AoE1/2.

If you really are interested in the topic, start here: 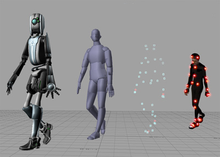 3D rendering is the 3D computer graphics process of converting 3D models into 2D images on a computer. 3D renders may include photorealistic effects or non-photorealistic styles. Rendering is the final process of creating the actual 2D image or animation from the prepared scene. This can be compared to taking a photo or filming the scene after the setup is finished in real life. Several different, and often specialized, rendering methods have been developed. These range from the distinctly non-r...

Edit: I took out AoM as example. I didn’t play it and thought it was the same setup as 1/2 but looking at images, there seem at least to some degree 3D models involved.