Garrisoned conquistadors don't give all the extra arrows they should give

Garrisoned post-imperial conquistadors don’t give all the extra arrows they should give.

17 units should suffice to give 20 extra arrows, yet 20 units are needed.

The Spanish faster firing rate does apply by the calculation of extra arrows, as the examples of the Spanish hand canonneer, Mongol mangudaï or Ethiopian arbalester show. 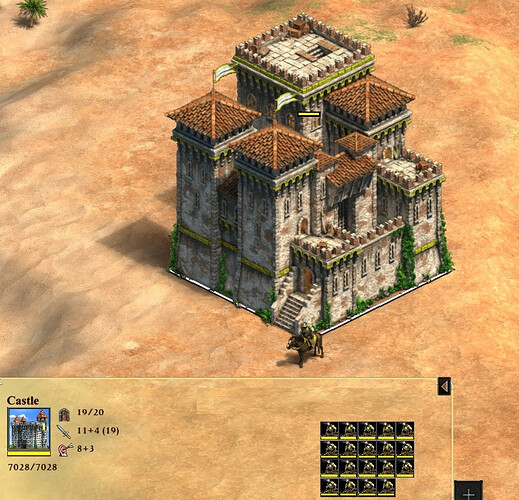 Hey @AoE2and3fan
Luckily this isn’t a bug because the Spanish faster firing rate isn’t affecting Spanish conqs, that’s how the game was done in the original game as well.

Thanks for the report though

To complement what @ChristheCo was saying, Conquistadors don’t benefit from the Spanish +15% fire speed because the faster fire rare was implemented directly into the base stats of the unit.

When AoC came out, Conquistadors had a reload time of 3.45s, like all hand gunpowder units.
Then with 1.0c, Spanish gained the civ bonus “Gunpowder units reload 15% faster”, meaning their hand cannons went from 3.45s to 2.93s reload time.
Similarly, Conqs saw the same treatment, except for them the base reload was directly set to 2.9 and the unit was excluded from the bonus.