Gate rotation hotkey should be prioritized over building hotkey

The hotkey to rotate gates (for most, that’s mousewheel up/down for clockwise and counter-clockwise rotation) can be bound to multiple commands. For me, when I click a villager and select my “build” hotkey followed by “wheel up”, the villager creates a seige workshop. “build” plus “wheel down” creates a blacksmith. That part works as it should. However, if I select a villager and click the “build” hotkey followed by my “gate” hotkey, wheel up/down should now rotate the gate I’m looking to place. Instead, the game prioritizes the “build seige workshop” or “build blacksmith” command over the gate rotation (even though the gate is appearing on screen ready for placement). Instead of rotating a gate, my gate is instantly replaced by a seige shop/blacksmith, thereby making it impossible to rotate my gate once I get to feudal age/castle age when those buildings become available - gate rotation works in dark age because seige/blacksmith aren’t available to build yet.

HD and User Patch prioritize gate rotation over other commands bound to the same hotkey, and DE should as well.

Was about to report the exact same bug, very usefull to use the wheel up and wheel down as two different things since it works on the 2013 version in steam as well.

Me personally wheel down is for build house it helps my start.
I bind both ‘military building’ and ‘build house’ to wheel down and rotate gate of course, but the last one doesn’t work as you reported. 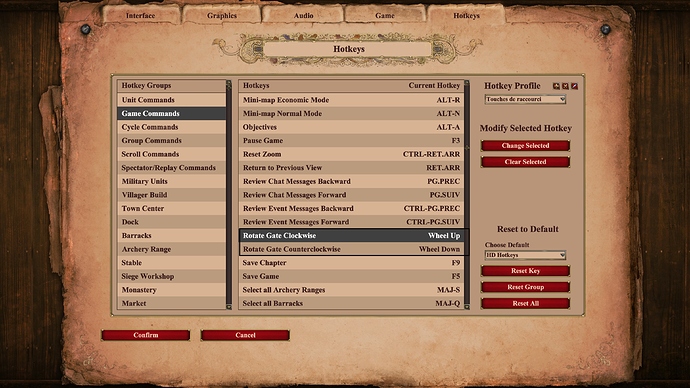 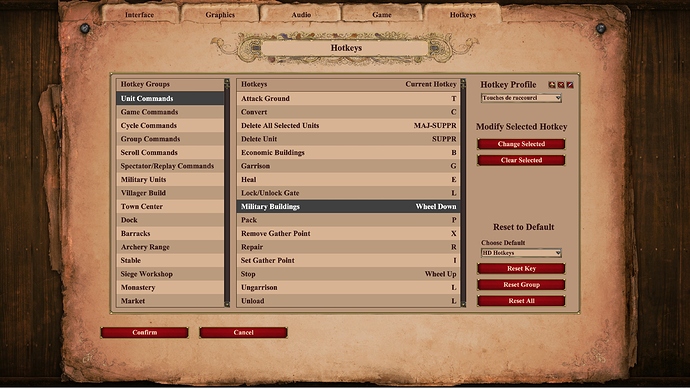 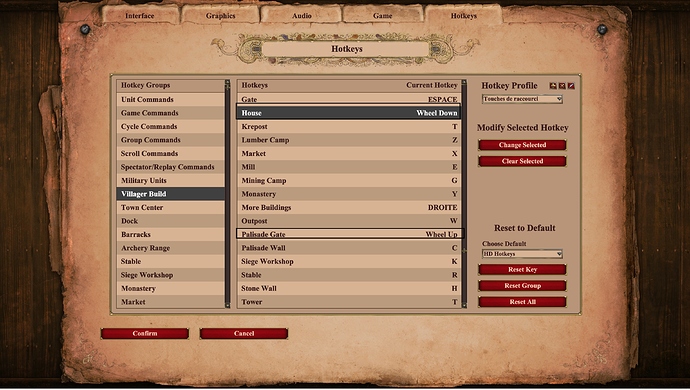 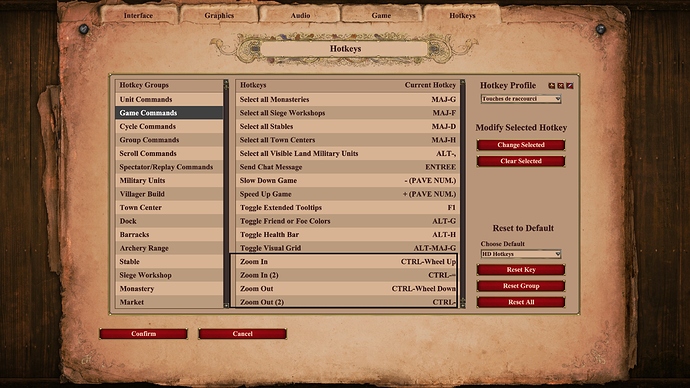 Any chance we get this fixed please ?

I have check with February fix and the issue is still here.

Issue is still here, can we have an update on this please ?

This worked perfectly fine on HD I don’t understand the reason of breaking it in DE.

Another reason to not buy further dlc.

Agree that this is annoying and OP is not alone… Also seems to be very low effort to fix.

I have similar issue.
I mapped gate rotation hotkey to “Ctlr+`”.
It works ok in empty space. But don’t work when I try it near existing walls. Or near group of buildings that positioned as wall.
Feels like it sticks to certain orientation calculated based on walls orientation. And ignores rotation hotkey.
The problem is this orientation is not what I want to have. As workaround I’m forced to place palisades and then place gates over palisades. But this approach is slow and clunky.