In the German Tech Tree, instead of saying “Imperial Czapka” for 1500w 1500c, it says “Veteran Uhlan” for 200w 200c. I reported this in the PUPP forum on Steam, but the issue persists.

This isn’t a game issue - just a typo. 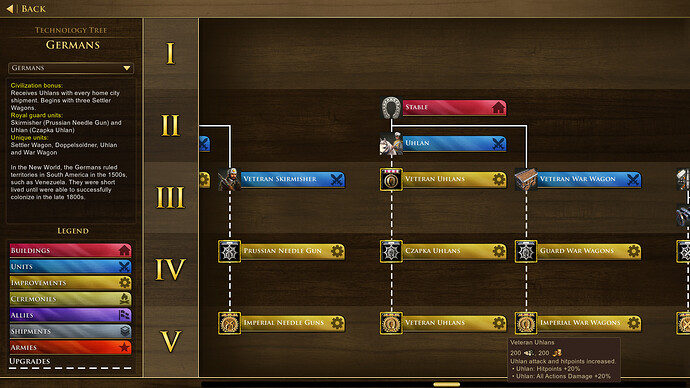 Hi @DiplexBoss6, we’ve been tracking this issue since you reported it on the Steam forums