I turn the nvidia panel to Sharpness 1.0 and fxaa on, this is what I get. It looks better in some ways but ‘eh’ in others? 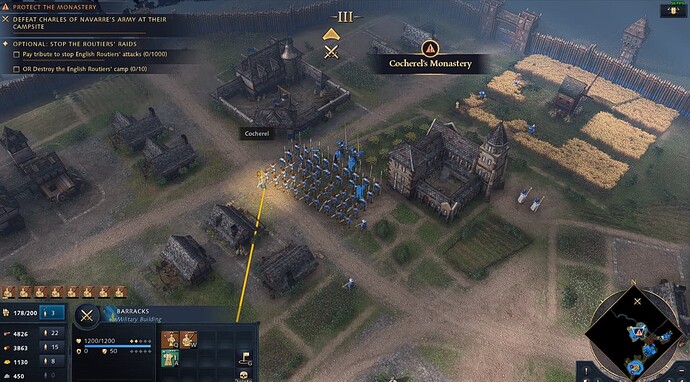 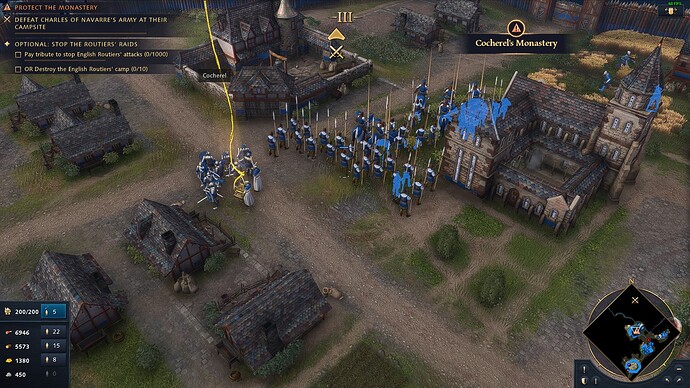 looks artistic… are the settings in game?

no, it is the nvidia control panel settings 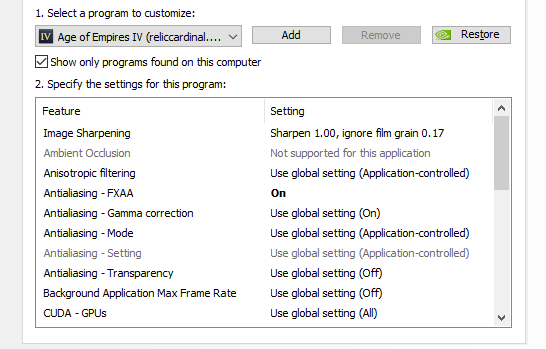 Do you think it looks better than the normal graphics?

I’ve been using sharpen 0.3, ignore film grain 0, no other changes. I haven’t tried the fxaa setting that you used there, but when I’ve tried any of the aa settings in the nv control panel in the past, I’ve always felt it has been a disaster compared to using a game’s aa settings.

wouldnt say looks better… i would say has different feel to it , like a renaissance painting

to me it looks better than the cartoony style, even if it is darker 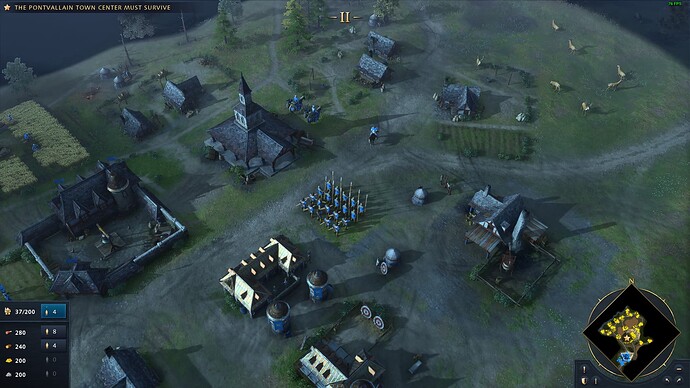 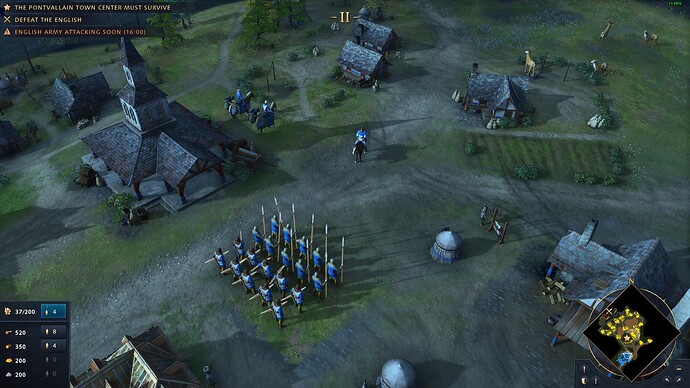 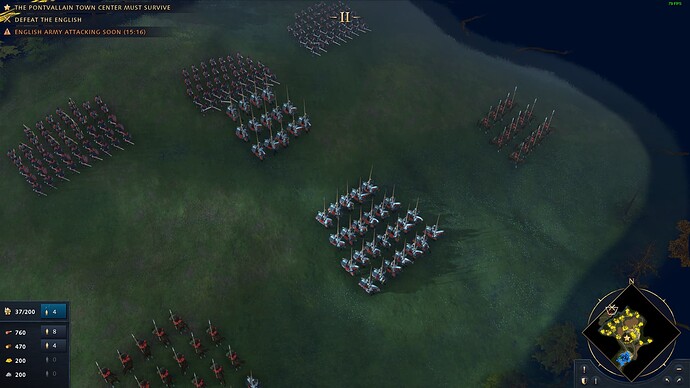 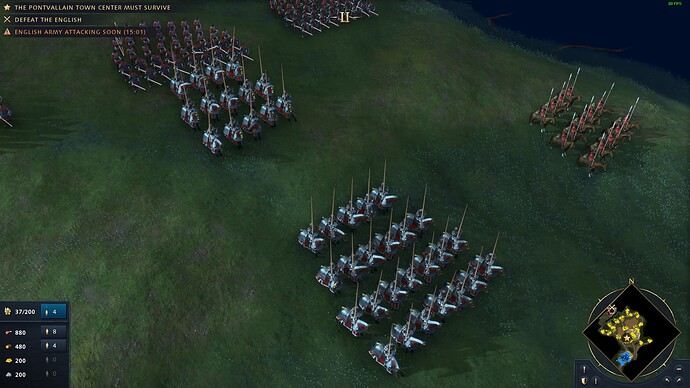 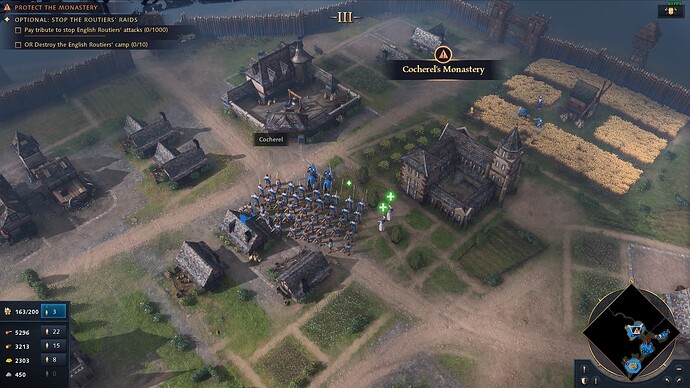 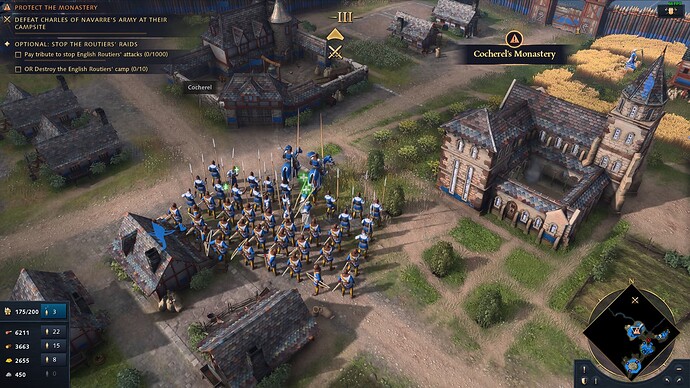 with fxaa btw, all of my images. I dont know I thikn it looks clearer

The weapons (lances, spears, bows) also do not look hugely thick and ugly, unlike the images i had before changing nvidia panel. 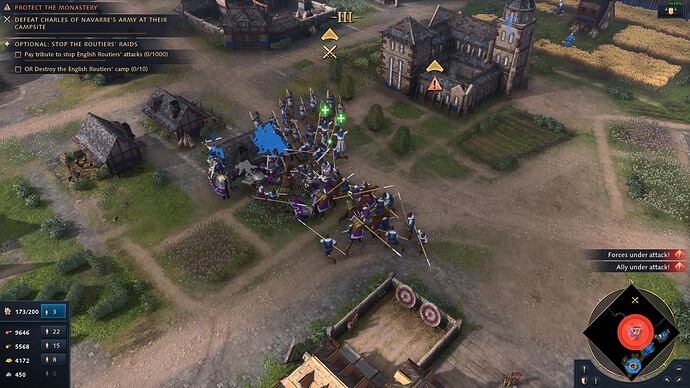 the arrow issue is easy to fix. The just need to disappear on impact

The weapons (lances, spears, bows) also do not look hugely thick and ugly, unlike the images i had before changing nvidia panel.

this is what i can agree on , it definitely looks more realistic in terms of weapon size

I use Radeon sharpening and is a night day difference, somehow it remove some of the cartoon ish of the game, buildings looks more defined and units too.

I totally forgot about Nvidia control panel… Gonna poke around it

Thanks for the reminder.

why are you using sharpening but have AA on. like you are sharpening and blurring

Not really opposite things.

Sharpening enhances edge and texture definition. AA aims to minimize how noticeable individual pixels are (it doesn’t affect textures). You can have both and achieve a good result as long as you don’t go overboard either way.

In photography it’s very common to apply sharpening and noise reduction at the same time.

If someone could post their game at ultra gaphics but no nvidia changes to compare? I am lazy