[Guide] How to create a realistic map

Find a good satellite image (where the type of terrain is adequately identifiable, as in you’ll be able to map it out to dirt/grass/rock/snow/desert/forest-type/water/etc). I’ll pick “Issyk-Kul, Kyrgyzstan” as an example. Copy paste it into MSPaint or capture the portion you want to map, but make sure that you end up with a perfectly square image (f.e. 1024px by 1024px). 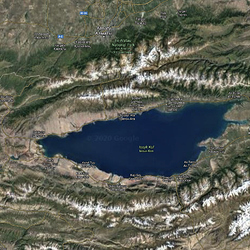 Drag the canvas so you have PLENTY of white background and zoom out a bit like so (this applies mostly to mspaint, where strange bugs pop up if you don’t, photoshop users can skip this step):

On the toolbar, under ‘Home’ > ‘Image’ > Resize while you have your map portion of the image selected. Then apply a horizontal Skew of 45 degrees. You end up with this: At this point, it’s important to deselect what you have and make sure that you, again, have plenty of white background margin to play with, as the next transform can glitch without enough whitespace around it. Select the transformed map portion of your image from the bottom left corner to top right (or vice versa) and apply a second transform with Home > Image > Resize, this time you apply a transform of -27 degrees under the Vertical Skew. You end up with roughly the same shape as the in-game minimap, like so: 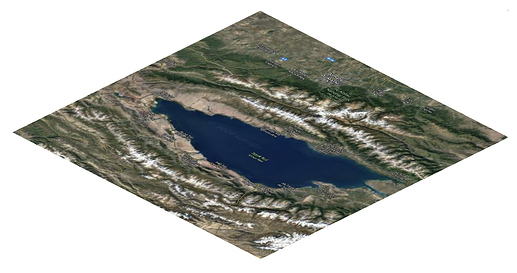 Now that you have a good working image set up, it’s time to add features to make it easier on the eyes when you use it as reference, when overlaying it in-game. Use easily identifiable colors that roughly match the in-game terrain types (but not completely, to more easily differentiate between terrain painting parts you completed and parts you haven’t yet in the editor itself). The last thing to add is elevation, I use either thin ellipses, freeform or just straight lines in a bright color (red, orange, yellow or pink) to roughly map out where I will put ‘high’, ‘medium’ and ‘low’ elevation terrain, an ad hoc topographic map if you will. If you have some RL cities on the map that you want to keep, don’t forget to mark them. You either end up with something very expressive like this: 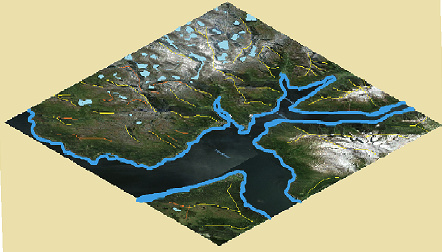 I tend to favor minimalism, as long as the rivers, lakes and primary mountain ridges are easily spotted. You’ll end up mixing terrain anyway and there’s no point to colouring the entire map in 7 different colors, as you lose most of the detail.

Finally, you’re ready to run AoE2 now. Open your game and go to the editor, create a scenario and generate a map with the right size (I prefer Giant, but you may want to start off smaller, since detailing a big map takes a while) and the dominant terrain type (snow, water, grass, desert…). Pick the AI type while you’re at it. Save it.

Now open the Ghost-it software (or software of your choosing with similar functionality) and ‘ghost’ the mspaint window with your map on it. Drag it over your minimap in the editor and alt tab back into the game. Voila! * 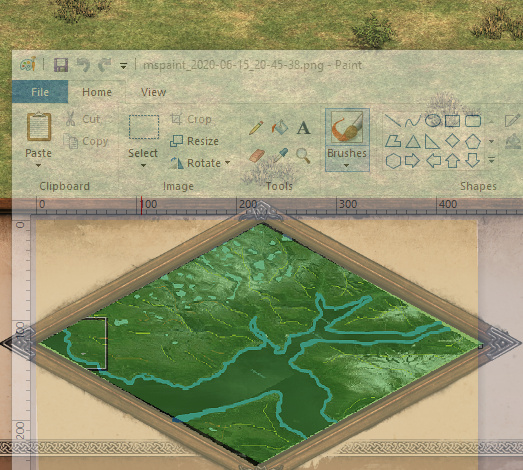 You can hide the toolbar and stuff under View or with the arrow under the “close window” X, if you find it obtrusive, but you need to ‘un-ghost’ your window to access it, alt-tabbing works as well, you can’t click it regularly while its ghosted. You can also alter the transparency level of both windows, should you need to, to make it easier on the eyes.

With your mspaint stencil ready, you can now brush in the terrain. I suggest doing so in the following order, to minimize the risk of forgotten areas and having to trace back your steps:

Here’s an example of a finished small map of mine based on a satellite image of the sahara as initial template and fleshed it out as a good competitive map with limited castle/tc/siege build spaces (focused on elevation eliminating most 4x4, 5x5 spots). Chop to castle drop!: 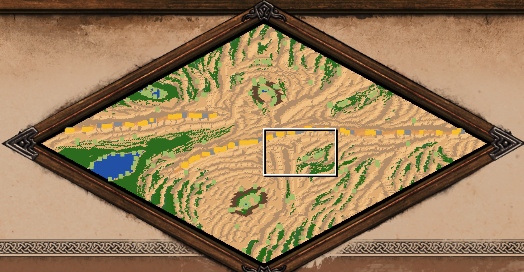 8. Step through the gate…

Give it a try and post your results (scenario file and/or image)! 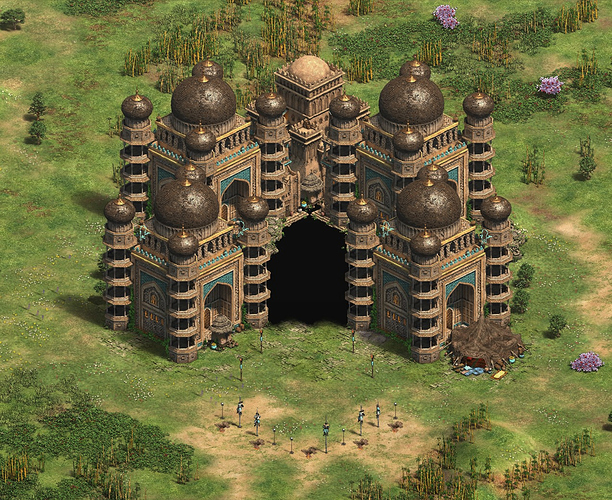 Note: If the transforms don’t work well, it may be because:

Edit: I might be forgetting something, but it appears my MSPaint version no longer supports negative values in the skew transforms. Use photoshop or similar software to apply the transforms or stick with an older version of paint.

Edit 2: If you have a multiple monitor setup, you can use the following trick with OnTopReplica for greater precision in painting the land/water: 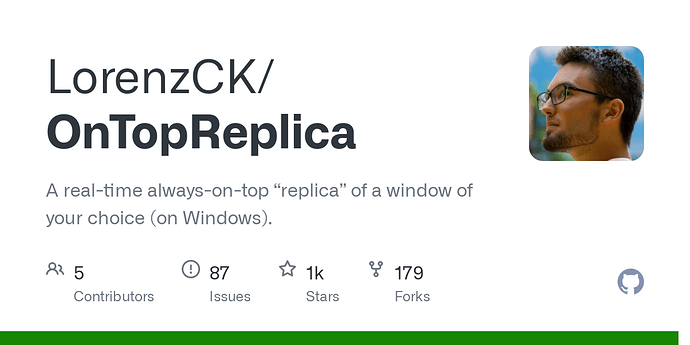 A real-time always-on-top “replica” of a window of your choice (on Windows).

You might have a look at this one: Imaginario by WAIfor | AoEZone - The international Age Of Empires community

Technically the correct angle to use is 26.58 degrees