[Guide] How to make Cinematic Screenshots

This will be a small guide step by step for everybody that wants to create a full screen screenshot in the editor, without having to crop everytime or having the damn meedling UI in the middle.

There are a few things to set up on triggers

and fortunately you can save Triggers so you just have to setup one time and you can load whenever you wanna make a screenshot on editor.

That’s it for the triggers, you can save them all and rename them whatever. I named them Screenshot

Camera tracking for the perfect angle

Cinematics will start in 4 secs, like we set up in the trigger. Why did i add this Timer?

You can pause a cinematic cut by pressing F10.

@moderators Hey guys, i would like to rename the title of this tread to “[Guide] Scenario Editor - Intro for common actions” @RadiatingBlade

New trigger → Run imediately / Active → Effects → Type → Player: set Age → Player 1-8 / Age 0-4 / Display Effect ON. You won’t see the effect on the editor but, if you followed my tutorial, you will see it in the game when playtesting.

There isn’t something that makes your units immortal but you can use ModifyProtoUnit and make them have absurd amount of hp. 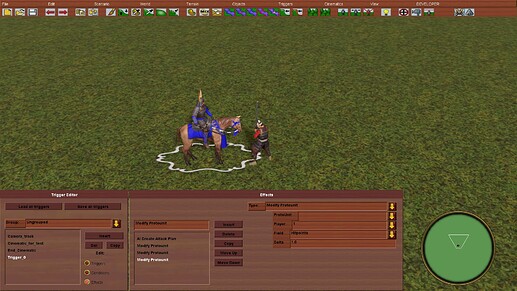 The name of the units are strange in the editor, not like how they are in normal game. But there is an easy way for you to know them. Select the unit and then, top panel select Objects → Replace Unit. A side panel will come. Now select again the unit which name you want to know of. Done. ( If a @tantalus_dev_team read this, could you try to implement the same thing of Replace unit in the proto unit selection. Given the game already has the code to understand what unit it is that i am selecting, why the faq PROTOUNIT can’t do it) 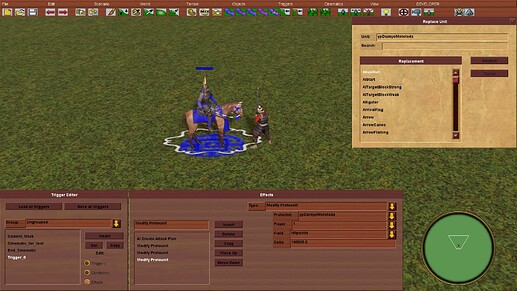 As per this side screen, the name of the unit is ypDaimyoMototada. Now in the ProtoUnit box, search for that exact name. Select the PLAYER and what Field you want to modify, now it is Hitpoints, and then in the Delta (which is a weird multiplier that behaves differently for different fields) put a big number, like 10000… you get this as result: 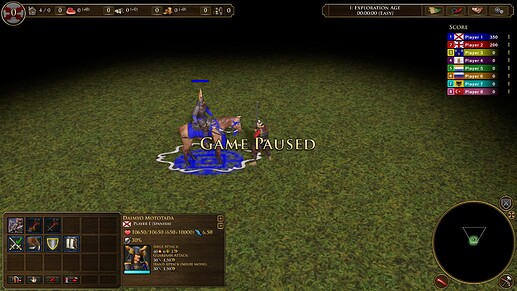 10k hp Daimyo and when the trigger for the cinematic activates: 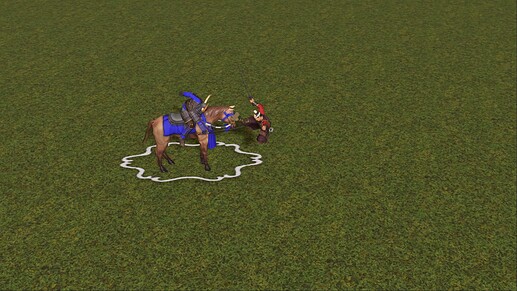 2 Units fighting for quite a long time without any UI.

Ah, you just want the flags? If that is the case, it is really simply. In that case just New trigger → Run imediately / Active → Effects → Type → Player:Override Civilization for Flag. Which will get you to this screen: 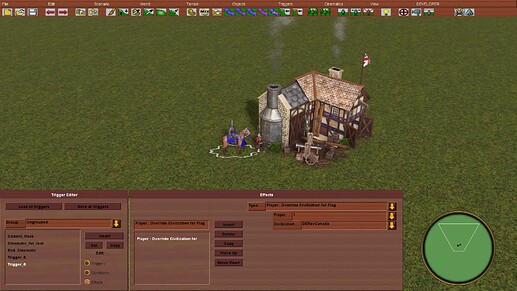 Then choose which player and what flag you want. As always, the editor won’t show the change but when you play test it: 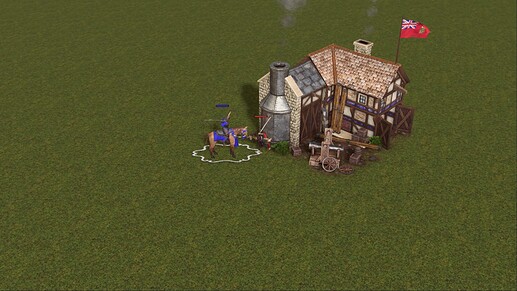 GL and HF in the editor.