In this image, the Akan Ankobia is benefitting from the stat increase of the Sahelian Kingdoms card but not the cost reduction of the Loyal Warriors card because 75f 40c is the normal cost. 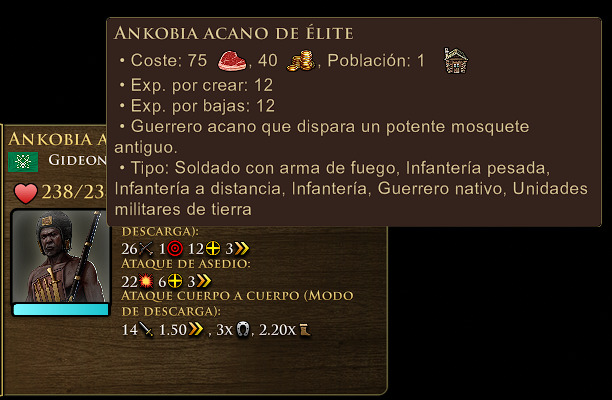 Updated the OP to indicate this is still occurring on build 13.29985

Similarly, the the technology “Philhellenism” from House of Wittelsbach doesn’t affect them. It should make them 10% cheaper but it doesn’t.

After check the files, the reason is probably that the Gaanaci tech assigns a fixed value to the costs that isnt affected by the techs later since it only applies to the original cost, which is influence and is already reduced to 0

It also affects the shipment that allows kanuri guards to be tranined as well, the solution should be similar to that