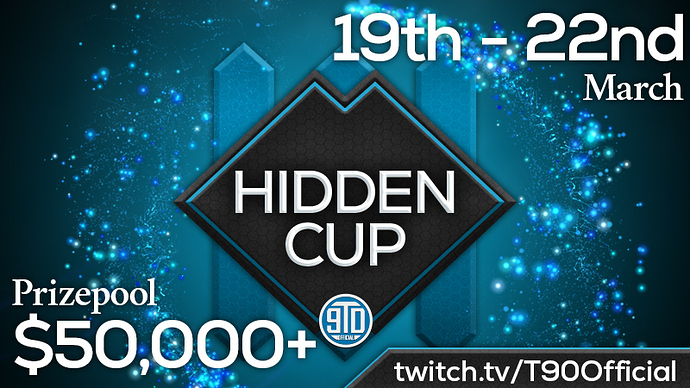 It’s that time! After the 32 player qualifier, the 16 Main Event participants have been decided. This week they will play with hidden identities to fight for over $50,000 in prizes. The action begins this Thursday as T90Official hosts the Hidden Cup 3 Main Event .

The action resumes this Thursday as T90Official hosts the final eight matches on the road to the Quarterfinals!

Tune in for all the action over on T90official’s channel on twitch.tv: