Historical Reasons for Why Portuguese Get Organ Guns in AoEIII?

They were a Gunpowder civ both in the Real World and in the game, so the devs probably just wanted to give them an unique artillery unit, and the Organ Gun is pretty unique (even though it is worse than the Falconet it replaces).

A Swivel Gun or a Culverin would have been more accurate, but Swivel Guns are a naval weapon, and all Euro nations get the Culverin as the generic anti-Artillery Artillery unit.

Were there any specific battles that they used organ guns? It seems weird that they get organ guns in both aoe2 and aoe3 since there’s little to no evidence supporting their use of them.

Portugal did use Organ Guns, though it was not Known for it (first known use is by Edward III of England, in the War of the Roses. 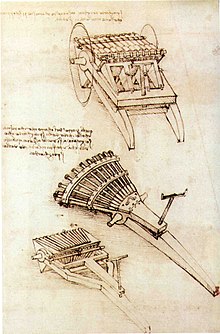 Age of Empires is not historically correct, it is a game series, and therefore it prefers civcs to be unique and balanced, rather than accurate, because accurate History was not balanced at all.

Ports are a Gnpowder civ, so they gave them an Unique Artillery unit that is not like any other in the game.

In AoE3, Ottoman Galleys are faster than Caravels as a bonus, while in REality, it was so much the other way around, that the Portuguese decisively won a the Portuguese-Ottoman War of 1538-1559 for the Persian Gulf, despite being heavily outnumbered.

AoE is more “historically referencing” than “historically accurate”, because a simulation of History would not be very fun to play, if it was very accurate.

AoE is more “historically referencing” than “historically accurate”, because a simulation of History would not be very fun to play, if it was very accurate.

I think that’s very true, and you bring up some really good points. It sounds like organ guns were more to provide a weapon reflecting their gunpowder capabilities, rather than a unit that Portugal would have directly specialized in.