When I play this game since it was released, I feel horse unit are look too cute compared human being units look realistic.

And realized their heads are too big like animation character (SD character)
how do you think about it?

The Cavalier and Paladin look overly cartoonish and fantasy-like compared to the ones from AOK:HD

Cavalier and Paladin looks better overall in DE, the only thing I don’t like is they have bushy legs which seems like an unnecessary addition. I think they’d look way better without it considering it’s also more historically accurate according to the wiki:

In the Definitive Edition, the Cavalier’s and Paladin’s mounts possess bushy legs, possibly influenced by modern heavy-weight horses; however, even the strongest Medieval warhorses, the destriers, were drawn with short lower-leg-hair.

The riders have over the top armour now. Not quite the same. Plus the chunky leg horses.

They have the same proportions

look overly cartoonish and fantasy-like compared to the ones from AOK:HD

Share some comparison images please rather than claiming with words only. 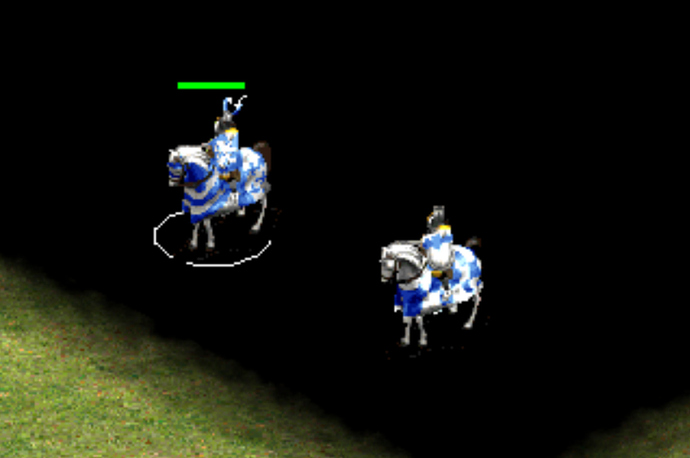 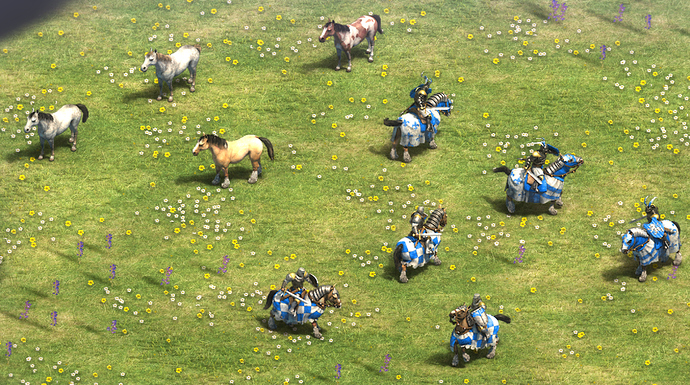 The problem is their hairy legs. Funnily, there are 3 unmounted horses with good looking, shaved legs at the top left of the picture.

Otherwise the new version is awesome.

there are 3 unmounted horses with good looking, shaved legs at the top left of the picture.

They are probably female, while others are male

Not in the game. Males need to be hairy and strong for anyone to take them seriously in such violent times

vaaat? Castle age knights clearly have a white horse and they turn brown after upgrading?

Because AOE2, like Disney is magic. Didn’t you know?

To me the original ones, seen this close, look like the horse’s head is too thin… So yeah, the DE mounted horses have a somewhat bigger head but that’s what you would expect with tons of armor…

The DE Horse bodies are too small that’s the issue I think. The horse they are riding is the brown one with hairy legs in the picture.

If you compare the DE cavalry to the vanilla cavalry the propositions are different.DE unit is smaller which could be why the head issue is coming.

Smaller how? But you have greater zoom etc.

Just put the 2 units side by side and you see the difference,vanilla cavalry is about 12% larger and rider has bigger head and shoulder.

But how? Their zoom and designs are different. Putting them side by side wouldn’t make sense.