How about new content that is not new Civilisations?

The game already has a lot of civilisations and a lot of single player campaigns.
AoE2 has likely more single player content than any other RTS and than if you run out of that you can get new campaigns from the community.

Something that AoE2 is missing is Coop campaigns. One of the biggest selling pints of Command and Conquer Red Alert 3 or the latest Stracraft 2 Expension (Legacy of the Void) where Coop content.
Having Coop missions or even full campaigns would be a nice addition. The Development Team could also do things that are harder to implement for modders like increasing the replayability by giving the option to add interesting modifiers to the mission. And also a match maker for Coop to find people to play with.

This would also be a good chance to shine some light on civilisations that didn’t get their own campaigns yet.

Less people will by only scenarios unless they have custom graphics.

Of course with new Heroes, new Buildings and maybe some new Unique campaign units or semi civilisations like the Amazonians that aren’t actual new Civilisations.

Why would you consider amazons as a civi?its just 2 units.

And a fantasy civ, at that.

Why not keep doing what worked in the past and most people want?

Why not keep doing what worked in the past and most people want?

There is already so much single player content. Why buy a new DLC when you haven’t even started half of the old campaigns.
A coop mode would be something that doesn’t already exist and there are a lot of people that like playing against the AI with friends. Giving them some interesting variety would be nice.
Also coop missions could do things that normal missions can’t. Like very asymmetry gameplay between two players.

Double sieges like Acre (Last mission of Saladins campaign.) could be something that you can’t really get alone nor in random matches.

I prefer AI skirmishes than campaigns, so I naturally prefer new civs. A Coop mode would be nice, but I doubt you could sell that, especially if those are just slightly reworked campaigns.

I’m already playing AI skirmishes with my friends, I don’t really see the necessity of Coop scenarios if they are not drastically different to a normal skirmish.

It’s more something I could see via a free update like the Art of War scenarios.

Expanded and enhanced minimap features like the ones in Age of Mythology, which portrays fog of war (this is also present in AoE III) and it can also be enlarged to show different icons for different kinds of buildings instead of plain dots of the colour of the player

I would pay for this 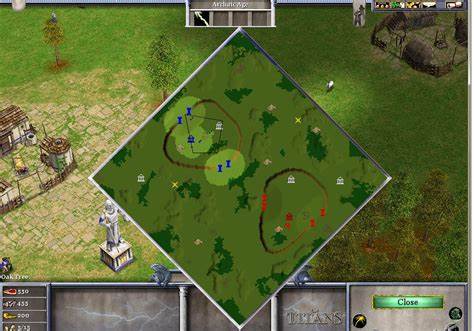 I would pay for this

Something like this should never be a paid feature.
Might be very hard to implement because of the old engine.

Something that AoE2 is missing is Coop campaigns.

Well, Age of Empires Online got a lot of them

About the minimap, would be nice if it could update trees to show where they were chopped

Back in AoC times I always played random civ because I could play all and it wasn’t hard to know the differences.
I think there are still some civilisations in AoE2DE that I’ve never played. And of course I will never even get close to playing all campaigns.
I’m sure I’m not the only one like this.

Coop campaigns can be designed with a higher replayability because they have the human factor in them.
It also allows for level design that can’t work with just one human because the AI is always less interesting than a human partner.

Edit:
A very simple addition would be able to control one player together with a friend in the already existing campaign.
No new content but a new way of experiencing the old content.
Than players that aren’t as good might have a chance to beat harder missions together.

I like the idea of COOP campaigns. Would be a nice addition indeed.

Why stop doing what worked in the past? Keep 'em coming XD

To be ready when it stops working.

I’m sure it’s a neat idea, and the co-op mods for the the Original campaigns got a lot of attention.

But as someone who spent close to 1500 hours playing campaigns/scenarios in HD, and currenty just over 300 the first being the soundtracks DLC).

This isn’t to say I’m against the idea- players like me have a ton of content targetting us already, and if the devs want to give something to the co-op crowd, I’ve got no issues with that. But looking at it purely numbers-wise, I don’t think it’s too likely they’ll greenlight something like that,

One of the most possible solution to end the forum wars between the players who want new civs and those who don’t is to actually have a separate Co-op mode similar to SC2 Co-op Missions. I know this is quite a lengthy post but please kindly read to get the idea for this suggestion and vote accordingly. What is SC2 co-op? [StarCraft II: Legacy of the Void - Co-op Missions Preview] As you have seen the video, Co-op Mission is a collaborative game mode that offers a progressive game…