How difficult is to climb

Alright, I am a noob at low elo,and I want to climb. How much should I expect from winning or losing?

Because of this, it is frustating to climb in overwatch. After 10 games, you will be about 45 elo higher as before, in average. 45 elo is less than 2 neat victories. But einning elo is like a yo yo, you need to aim for long term climbing.

How is aoe2 compared to this?

I dont really know anything about Overwatch, so i cant really compare. Winning / losing elo really depends on the enemy and the number of games you have played.

In your first games, you will gain / lose more, so your rating will move more quickly towards your true elo. In you first game you can win/loose around 45 elo. Every game this number became lower and lower and lower, untill it is around 15. If your enemy have slightly higher elo, it also can be a bit higher. If your enemy have slightly lower elo, it will be just a little bit lower. 15 is a good average. 15x55 - 15*45 = 150. So you will gain 150 elo as estimate over 100 games.

I dont know your elo, but ‘a noob at low elo’ feels like someone around 600-700 elo. I think you can easily climb up to 1000 by applying some rules that work for almost every RTS game:

I have a good sources for build orders: 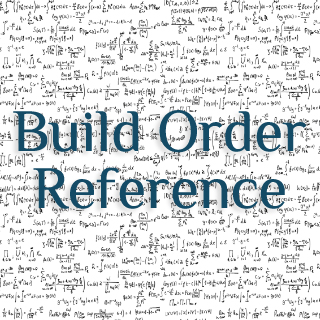 Collection of the most important build orders in a clear and accessible format....

Tip: Dont try them all. Just focus on some of more universal build orders:

Dont border with civ specific ones, like 18 pop Mongol Scout. It is not worth trying such build order if you cant execute the basic build order for scouts for any civ. Once you get used to the universal Build orders, you can try other build orders as well.

Playing 1v1 is pretty fast to reach your “true” skill level ELO (I would say 50 to 100 games). But if you talking about team games then playing solo queue team games takes a lot of time to climb, dependends too much on randomness.

In addition to the above responses, if you are much better than your current ELO, you won’t have a 55% win rate, you’ll win much more often. A 1000 ELO player won’t only win 55% of the time against a 600 ELO player, they’ll win nigh on 100% of the time. We’re talking about several minutes difference in time to execute a fast castle, for example.

I don’t know if AoE II DE’s ELO system matches this, but it says you should win 75% of the time against someone 200 ELO below you: 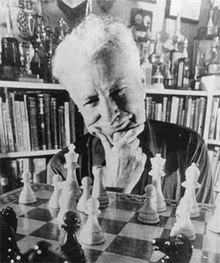 Performance is not measured absolutely; it is inferred from wins, losses, and draws against other players. Players' ratings depend on the ratings of their opponents and the results scored against them. The difference in rating between two players determines an estimate for the expected score between them. Both the average and the spread of ratings can be arbitrarily chosen. Elo suggested scaling ratings so that a difference of 200 rating points in chess would mean that the stronger player has an ...

DE’s ELO system matches this, but it says

Good to know. But after a while,you will play against players of your level. In that case, 55% winrate is sn indicator of your improvement.

In overwatch, if I play in my brother’s account, I have a 75% winrate, but that is because is not my level. And also is not fair for those players. That is why i was talking about playing on your level, improving little by little.

algorithm of search:
searching for opponent around your elo…

losing streak around your elo -> increasing elo difference of search, lower side

winning streak around your elo -> increasing elo difference of search, upper side

searching failed, no player around your elo found…
increase range of elo of search

(these are subjective and some might consider lowering every bracket of 100 points, for example there was a tournament that limited advanced begginer to 1200 for entry)

You need practice, game knowledge of civs and strategy (meta or newly developed by you) to increase. If your strategy is good enough, micro skills aren’t required for the novice elo nor for advanced beginner.

algorithm of search:
searching for opponent around your elo…

losing streak around your elo -> increasing elo difference of search, lower side

winning streak around your elo -> increasing elo difference of search, upper side

Do you have a source for this one? I have never heard about this part and i also havent experienced this part. Even after a +10 streak, i didnt really felt i face stronger opponents.

This isnt accurate at all. Too vague to be useful to me.

Playing 1v1 is pretty fast to reach your “true” skill level ELO (I would say 50 to 100 games). But if you talking about team games then playing solo queue team games takes a lot of time to climb, dependends too much on randomness.

I would say 10-20 is enough. Some will even reach there true skill level Elo already within those games. Only completely noobs or pros will have to do more games. That is all because they are just too bad or too good at the game.

First depends on how many players are playing.

It is like that. Obviously it isn’t perfectly accurate. I’m giving an estimation.

First depends on how many players are playing.

I would say 10-20 is enough. Some will even reach there true skill level Elo already within those games.

But I agree that most times you can reach your true ELO before 50 games, I just went for the more “safe” approach.

No i am saying that finding an opponent of much higher elo (~+100) depends on if there are players around that range playing.

Still dont know what you try to say about winning/loosing streaks and how this is connected to match making. Based on this post, it seems like there is no connnection at all.