How do I beat heavy keeps strategy as Mongols?

Hi,
I’m usually at a much better position than my opponents, always better eco + army.
I always find myself killing his army but unable to win because all of the keeps.
Most of the time I produce 4 cannons and he succeed to destroy them, meanwhile get better army until he wins.
I almost never able to beat keeps or landmark keeps, I find it hard to build towers for vision because my workers die, sometimes my opponent build keeps in the only path available to his base (on certain maps) then I must go there.

Keeps extremely OP in this game they can kill 30 knights in a very short time and I hate them.
The only thing in my mind is to mass springalds next game, kill all of his siege and then bring the cannons.

EDIT: Also sometimes he has upgrades on keep so the cannons kill my siege, plus I’m not always have the vision, it’s so frustrating to loose when you constantly have more army…

Well, trebuchets are really long range, so that’ll stop emplacement upgrades from hittin your siege. Other than that, if your cannons are getting sniped by springalds I suggest you make your own to protect, and when you see spingaldd moving up, pull back your siege and move up your springalds.

If they are getting rushed by enemy knights or something, then you should be keeping your own units nesr your siege to stop that from happening.

How do you control your units?
Many times my knights rush keeps when I’m not looking and die, sometimes 50+ knights can die to it…
I know about the standing position, but I’m not always remembering to use it, I feel like I’m always cannot control my units, I feel like a mom that watch her kids destroy the house the moment she turn away her head.
I hate that in this game, why they didn’t introduce a settings to eliminate auto attack???

Well sorry to say, that’s just a multi-tasking/micromanagement issue. Aside from the ‘stand ground’ command, they will always run after what’s shooting them/is in range.

Other than that, there isn’t much else to do to stop losing units because you aren’t paying attention

The best way to take down keeps and other defensive structures such as outposts is with siege units, and for that you need to be able to defend them from the opponent that will most likely try to take them out before it’s too late for them.

Use cavalry to take out their springalds or use springalds yourself, or run in and burn those anti-siege units to prevent them from taking out your siege units. Make sure to always have a plan B to defend your siege units, while being offensive. This can be done by mixing your army to have a counter for most scenarios or if you are able to with the help of your scouts to see what type of units they are currently building and counter them that way.

I always have a counter for siege units, heavy units and it works for the most time really good!

The best way to take down keeps and other defensive structures such as outposts is with siege units, and for that you need to be able to defend them from the opponent that will most likely try to take them out before it’s too late for them.

Use cavalry to take out their springalds or use springalds yourself, or run in and burn those anti-siege units to prevent them from taking out your siege units. Make sure to always have a plan B to defend your siege units, while being offensive. This can be done by mixing your army to have a counter for most scenarios or if you are able to with the help of your scouts to see what type of units they are currently building and counter them that way.

I always have a counter for siege units, heavy units and it works for the most time really good!

In this specific game his springalds were protected by 2 keeps so if I run my knights into them I’m dead in a split second, I guess mass springalds myself was the only way to destroy his keeps with my bombards…

I understand! In similar situation I simply send in a bunch of units to occupy his keeps and units while I’ve 4-5 cannons in the back firing at the keeps. They go down pretty fast like that, and at the end he lost two keeps and you cheap units with armory upgrades takes a while to get killed so it’s a good trade off.

But it depends on the situation, sometimes you have to wait for an opening and make the opponent make a mistake. Perhaps go with some cavalry units and start harass from another side at his base, to take his attention there while continuing to push from two sides.

Several things need to be in place.

But what i like doing is going for MaA supported by Horsemen and Mangudai.

However, hold back on siege equiptment until you have complete oversight on the opponent

Build towers or scouts to keep map controll and LOS over the opponent.

Find a window where the opponent dosnt have a lot of anti seige.

Use the large army of Maa and superior eco to quickly build Many trebs at the same time. And 2-3 mangonels.
(16 units per siege engine shud do).

And make a critical mass of trebs that 1-3 shots a keep per volley.

Horsemen to counter siege. Upgrade tortchds to make ur horsemen do even more damage against their siege / most likely springsld.

The mangonels u use to deal with any villager blob trying to repair.

If the opponent is especially tough due to intense turtling.

Get improved siege upgrades and make a siege blob.

Note; always manual controll your springald and shift click on siege targets.
The death of siege blob is usually due to failiure in target priorization.

If i have a lot of mangonels. I usually go for Spearman/xbow spam to support the siege blob.

As their only counter is mass cavalry or culverins which rarely anyone uses.

Trebs are good for those scenarios because of their range, use ur own springalds to counter his, or if the situation calls for it mass cav to run in and snipe them. Alternatively use cav to just raid/keep vills idle, you’ll pull ahead even if it doesn’t feel like it, take good fights and they’ll find they have nothing to defend their keeps with.

This is reason i like opening with horseman and mangudai. Apply early pressiure with them and slowly build up forces
Then bring forth the maa in castle and start building siege with them and go for a push
While the maa and siege are hackikg away at their defenses.

You always have the option to dive pass their defenses. Where the horsemen soak up most of the dmg abd mangudai being extremely effective at cleaning villagers and traders.

Use the horseman to burn all their farms as they can quickly boost your resources especially with imp. Bounty. You can pretty much just boom into imperial age if done right

Good points, I always rush castle with 10 archers as a defense and then start producing knights + Xbows, I will look into changing my army composition and add mangudaies and horsemen maybe 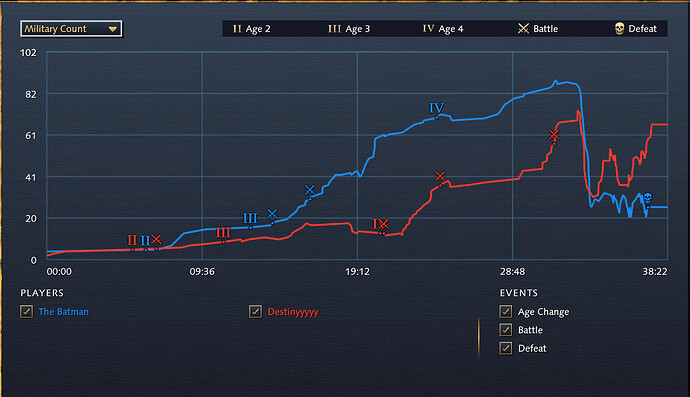 This is so frustrating omg, how I loose this how??
I played against china, I killed 15 vills on wood early at castle edge + I have 2 TC.
I killed many knights + horsemen early.
But when I made the final push AGAIN - 2 keeps + Barbican of the Sun and I just couldn’t kill them.
I had 2 trebs 4 springs but it wasn’t enough, then he made it to imperial and made tons of siege and kill me
I just can’t beat keeps guys 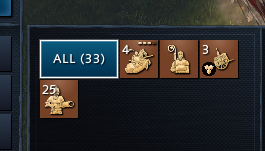 I’m the Blue one and I loose… 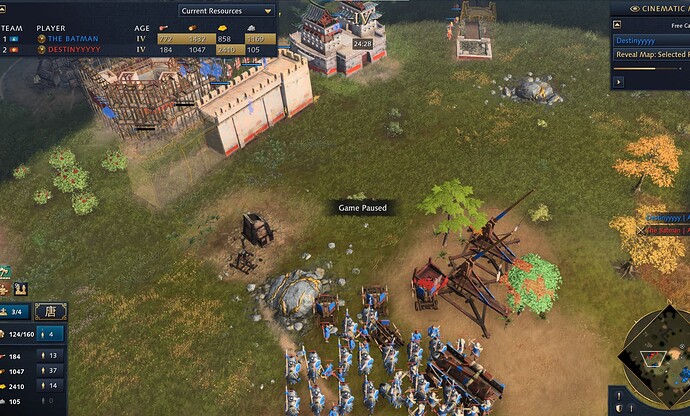 I just viewed your game, And I gotta say there were several errors.

While your army composition was very good in itself.

There were some key factors you lost.

Number 0: Bad start. I dunno if u were afk or something, but you stood still for way to long in the beginning, and wasting that speed arrow.

Number 1: You didn’t take advantage of tempo. i.e. you weren’t aggressive enough. You had a nice raid going with your early knights, and you should have kept that going.

Number 3: You let the opponent get all the relics. This is partly why the Chinese had such a strong econ. Chinese gets 100 of each resources from a relic. Letting him stack up on 5 relics, gave him 500 of each resource per min.

And there are other things that one can be nit picky about.

But overall I think those factors were the major cause.

You don’t need to be afraid of the Barbican with knights, it barely does damage. you treated it as if it was a keep.

Opening up with archers were ok, however I would prefer to open with just a few horsemen, to make him open with spears. Then you could go for the archers. But that’s just personal preference.
But its food for thought, which the mongols are so great at.
is to lure the opponent into building the wrong counter units.

Lack of scouting in the northern flank.
If you had a few extra scouts, you could have scouted out the northern flank, realising it was pretty Vournarable.
If you attacked through the north, you would have been able to hit his production buildings alternatively his Villages that would Pop-cap him for a bit, slowing down his production. Allowing you to to eat further into his base.

In the end, you didn’t take advantage that you had superior army during the early and mid game, and was to careful with them. If you had a few extra production buildings, suffering some losses could be compensated.

Having a few more scouts always helps a lot. Alternativly towers. To allow you to get a bit better map control and oversight where he might be moving his villagerse off. China is usually greedy and always goes for the big resources, so having something allowing you to get vision over those could give you a warning and opportunity to send a few knights to raid them.