Wait for the game to receive an update that disables it/gives an option to manually do that, as long as it’s not hardcoded.
It was present in the original (you could change in files to allow huge zoom) just like it is here.

I for one, fully endorse these new zoom options.

What makes you say that?
Is there a design document where they state more zoom conflicts with their design philosophy and spirit of the game? Because I’m pretty sure the game engine in OG AoE III couldn’t handle more zoom without stuttering and fps drops, and the limit was set as high as current hardware allowed it to be.
People were bumping in even back in the day.

I assumed they had a good reason for it, y’know, like Relic and AOE4.

AoE4 has the same fog issue at max zoom actually, kinda funny. Hopefully it gets fixed on both games.

Often when it comes to things like that it is about trivial stuff like mentioned performance. That’s the reason why players on PC are annoyed when playing FPP games that originate on consoles and/or are not properly ported to PC - narrow field of view puts less stress on the hardware = weaker system can maintain target resolution and/or framerate with relative stability.
Same with height of the camera- more terrain and models to render = bigger CPU, GPU and RAM usage.

Not saying ofc this is the only or even main reason, but it’s a very important one. Certainly, I’ve never seen any public announcement from developers, denouncing attempts to increase zoom distance beyond what was available by default.

You may not like it, but that’s how AoE III was meant to be played: 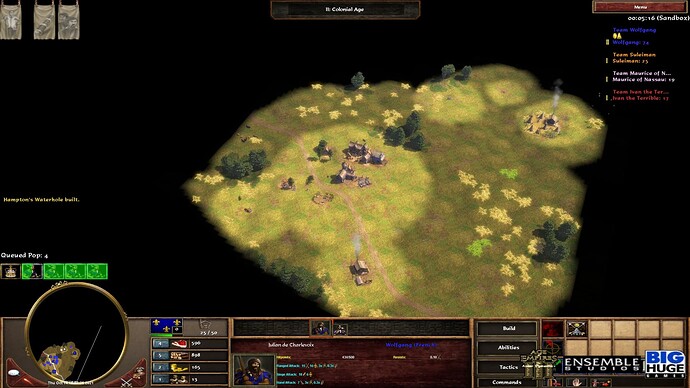 The newly added “large” option for every map was not the intention of Ensemble Studios either. Please purge it. Sandy Peterson would be rolling in his grave if he is dead. 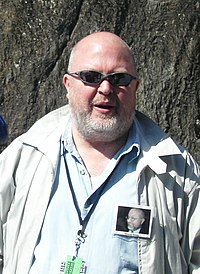 Carl Sanford Joslyn "Sandy" Petersen (born September 16, 1955) is an American game designer. He worked at Chaosium, contributing to the development of RuneQuest and later creating the acclaimed and influential horror role-playing game Call of Cthulhu. He would later join iD Software where he would work on the development of the Doom franchise and Quake. Petersen was born in St. Louis, Missouri and attended University of California, Berkeley, majoring in zoology. He is a well-known fan of H. P....

NOTHING. I was making this up.

Who told you I deleted a post once? My publicist assured me that would never get out.

The evil FE and Aussie Drongo sent me this edited screenshot. I don’t know.

EDIT: oh, I forgot. The bullies who bullied you by downvoting on aoe3 reddit also got involved.

press enter and a box will appear. Enter “X Marks The Spot” Without quotation marks and the map will be revealed. But you will have to go close to things as normal for them to appear but it will remove the blackness around the map