This feature, support for MB4 and MB5, is technically there, I might be missing something so I’m not sure it belongs in the ‘bugs’ subforum.

Game recognizes the input of these two keys, but in game they do nothing. Pressing them has no effect, there are no signs on GUI that they do anything. It’s still possible to click on them to issue the command, so binding XMBs doesn’t brake them. 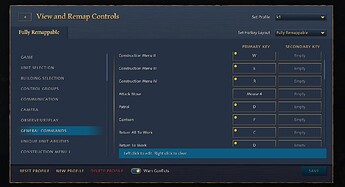 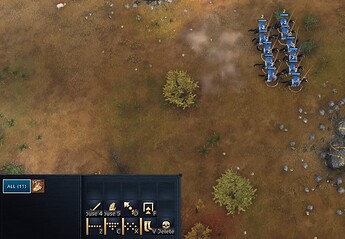 How to make them work?

A workaround: you could always download software to map keystrokes to mouse buttons. Im not sure if the game could interpret this as cheating, though. Some of those software can run scripts.

I use the actual mouse manufacturer software to map keystrokes like F6, F7 which i dont use.

That is true, and when needed I do things like that.
Fairly recently I was replaying Dark Souls II SotFS, and had to go back to using AutoHotkey script to make use of XMBs for strong left/right hand attack, script is something like

But FromSoftware is, and certainly was back in 2014, not something that could be described as ‘hardcore PC enthusiasts group’. It’s Japan, I am ready to let it slide. In Dark Souls: Remastered it works perfectly, along with things like the ability to scale down GUI (absent in AoE IV).

But Relic ain’t a Japanese Studio. Relic has been making PC games since idk… 1999? I don’t think I’m in the minority when saying that these buttons are core ways of input. The same way the mouse scroll wheel button has been since the early 2000s.
Microsoft (and rightfully so) is pushing accessibility options in their titles for people that can’t hear, see, don’t have arms or whatever. But not taking care of absolute basics in this regard is highly, highly disappointing.

Since I’ve mentioned the mouse scroll button (MB3)- personally I like and use thumb buttons a LOT more. My scroll wheel is fairly firm and pressing it feels ok, but I never was a huge fan of it

Thumb buttons are way quicker to access with a thumb that’s already there than to move my pointing finger from LMB.

Anyway- AoE IV has been out since October '21, it’s crazy that it’s not working. What the hell