How to make Mongols actually Mongolian

Overall, Mongol infantry need to be nerfed and cavalry need to be buffed. I refuse to play this civ until my glorious Mongols are represented properly in game. No self-respecting Khan faffs about with infantry armies.

I somewhat agree with the sentiment. I do not deny that Mongols are great civ to play, but it always bugs me to play as them because they don’t feel like cavalry civ right now. The game advertise them as cavalry civ but in reality their cavalry is slightly above average at best. Mongols are considered as strong civ mainly because of their double production, no-house bonus and yam speed bonus. Their units are actually quiet lackluster since they only have very few unique upgrades. I would gladly give up some of the civ bonuses if it can be compensated with more characteristics to their cavalry-centric-strategy.

How about a mechanic to allow infantry/cavalry to mount/dismount?
Basically, add a new unit: Horse.
Infantry units would be able mount a Horse and “become” its corresponding Cavalry counterpart.

Potential Problem #1
Cost
Ideally, the resource cost and time cost of the Horse should be equal to the difference between the Cavalry units and Infantry units. Unfortunately, the difference in resources/time between Infantry/Cavalry is not consistent (for pretty obvious balance reasons.

Proposal
Don’t allow Horses to be produced for a fixed resource cost, instead handle them like Sheep at the Pasture. Perhaps allow the Pasture to toggle between producing Horses and Sheep.

Sidenote
Maybe add this mechanic to all civs, but only allow Mongols to produce the Horse (similar to how everyone has access to sheep, but only Mongols can “make” them). Neutral/wild Horse units spawn across the map, and can be collected similar sheep.

Potential Problem #2
Increased Micro
If Infantry are required to be tasked one-at-a-time to each Horse you have available, it would be a nightmare to switch over a whole army.

Proposal
Give Infantry an ability, Seek Mount. This ability will work in a similar fashion to Villager’s Seek Shelter: infantry unit targets nearest Horse and auto-casts the Mount ability on it.

Potential Problem #3
Balance
This might be tough. Allowing units to transform into something that potentially is no longer the unit being countered into the unit doing the countering (e.g. Archers are attacking Mongol Spearmen who then mount up and turn into Horsemen which now counter the Archers).

Proposal
idk maybe get rid of the Ovoo altogether and adjust costs/times/techs/etc.

Sidenote
This would actually allow Mongol players to employ more nuanced ambushes/feigned retreats, as the Mongols were historically known for.

Potential Problem #4
Horse Behavior
How would the Horse when it’s still neutral versus when it’s under user control? Sheep have very specific rules: like only being able to be herded by Scout/Khan units, having low move speed, having low vision, being able to be stolen/lost to other players Scouts/Khans, etc.

Proposal
Horses, being more intelligent and critical to military aspects, would be a bit more “controllable” by the player. Maybe have a “walking” move speed which is close to Villager base speeds, but a “herding”/“following” move speed when moving in a group - able to match any unit’s speed so it doesn’t slow the squad down. Also keep Horses “loyal” in the same way that Sheep cannot be converted if they are near friendly units. This would prevent enemies/allies from Mounting your Horses and stealing them immediately after you dismount.

Sidenote
Maybe stealing Horses would be a fun mechanic which would potentially resolve or complicate some of balance problems.

Afterthoughts
There’s a few portions of this idea which would have varying degrees on the how the Mongols work as a civ, as well as the overall mechanics of the whole game (such as if Horse were exclusive to Mongols or if other civs could find Horses on the map/steal from Mongol players/dismount their own Cavalry to make Horses/etc.)

I actually thought about the same thing you have just suggested but in a slightly different way.

Instead of having “Horse” as separate unit, every mounted unit gets “Dismount” ability with certain amount of cooldown and on-foot unit gets “Mount” ability also with cooldown as well. The unit transition would be same as you suggested.

Dismounted Scout ==> Villager
Dismounted Horseman ==> Spearman
…( So on and so forth)

The most obvious problem would be cost balance between infantry and cavalry. For that I thought it would be most straight forward to change that only Cavalry version can be created and always have to dismount them if you want any sort of infantry. So basically Mongols won’t have barracks in this design. Only stable and archery. In this way, Mongols would have to pay higher average price when they create army but in return, they would be able to have very flexible army that could change type on the fly depending on situation, similar to Lodya Ship from Rus.

On the note about Ovoo, I think it is an interesting mechanic but I am afraid that most of it’s power is tilted towards double production at the moment. Improved Upgrades are nice but most of them are way too expensive for really slight edge and it makes them irrelevant unless you go into very late game when you have surplus of stone. Making double production slightly more expensive and Improved Upgrades slightly more effective and cost efficient would be a good change to start with in my opinion.

Seething civlet in sheep’s clothing pretending to be a Mongol lover while actually nerfing them. 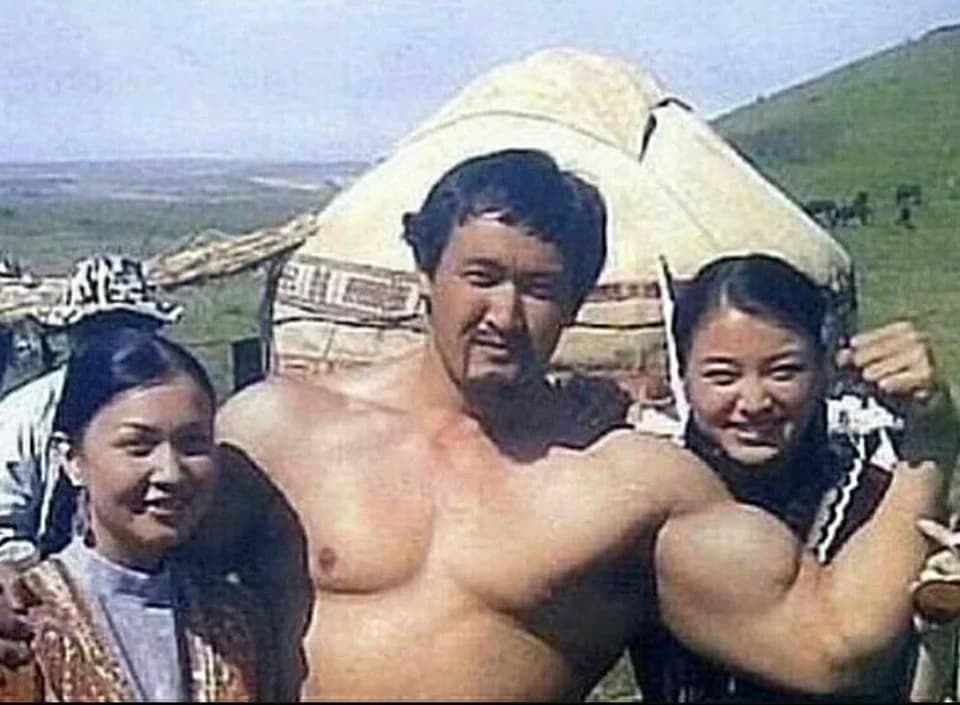 What, you enjoy rushing your enemy with footmen while playing horse lords? Can’t handle a civ that isn’t overpowered? You are like settled peasant who fears the hard life of the steppe rider. You should play China - I think they suit you more spiritually.

About horses, since you noted endurance, we have two paces in the game

Mongolian horses have a lower head position unlike European horses (they have a tall head). This was creating problems for European horse archers when it comes to shooting an enemy in front of them. The bow and head contacted and created various problems such as horse biting the bow, bow hitting the horse head and losing accuracy, etc so on. So the Mongolian horse was the perfect horse for mounted archers. These creatures were able to take their top speed at maximum for a longer period, ate less grass, and drank less water. No special treatment was needed. Just grass.

I use a lot of scouts in dark age then knights later together with archers and spears.

I can just agree. I started playing mongols because I wanted cavalry and horse archers. I stopped playing mongols because of the same reasons and playing RUS now.
At the moment its hard to talk about mongols since everybody is considering them as OP anyway but I would love to see some nerfs to their infantry and some buffs/focus to their cav.
While I dont see a new system with seperated horses it would be a cool idea and could go on further with abandoned siege which could be overtaken by infantry (yes, just like in the other Relic game - COH). BUT this is far too advanced and would change too much of the current game and I dont think it will happen.

Horseman and especially the Mangudai need some love (after nerfing YAM network for infantry): Make them way cheaper, increase the range of Mangudai (they are shooting the same bows as the foot archer but just a little over 50% of their range? Really?), and give them maybe another unit tech upgrade in castle age (similar to the RUS one with more HP for cav in general).

At the moment Mangudai are “meant” to be a raiding unit but even there other units just do a better job at it because they are so expensive and fragile.

Not long ago I tried to give this a special insight, maybe you are interested:

Balancing the mongols and state of the Mangudai IV - Discussion

Hey guys, maybe a little controversial but I want to discuss the current balance state of mongols and especially the Mangudai. This discussion focuses on 1v1 matches since team games have a unique dynamic to them. And of course please assume a similar skill level. At the moment the peak performance of mongols is mainly infantry (and springalds…) and rarely cavalry. The speed bonus with the Deer Stones helps cheap produced Ovoo boosted infantry to overwhelm enemies. Additionally building springa…

I would love to see the Mangudai buffed a bit. I only make them if I KNOW I’m going to raid (Even then, making early horsemen are better in almost all cases), or if I know the other player is going infantry. Even then, I switch out pretty quickly to a mix between horsemen/mangudai, and crossbow nearing castle; training less and less mangudai as the game progresses.

I enjoy playing the Mongols (Full mastery on them, and have only played a different civ in the training), I just really want to be able to embrace the steppe, and be the sheep eating, village burning, stone averse civ that is the horse gods…
And it’s hard to do that with severely hindered cav.

I do like the ability to double produce en mass late game, and the early raid though.

But I’m with ya…something needs to change for the Mongols, they’re just not great unless you rush (Which, let’s be real…is the only way to really play em.)