How will AoE4 approach design issues of available strategies?

How will AoE4 approach design issues of available strategies?

It comes sooner than later by any game release to the main and mayor problem,
what can the player actually do in the game?

It might sound as an odd question at first, but if we look into the overall situation,
while there are intentions by designers, it doesn’t mean they do carry well over to the player.

So what goes on for years fundamentally wrong within the RTS genre, without the bigger studios to realize it? Well they try to approach it by make faction asymmetrical and different, change things and include new ideas, but is the result in the end an increased gameplay variety?
Apparently exactly the opposite does occur, making the overall product worse.

strategygamer:
Universe at War stands out in a number of ways. As has been highlighted,
each faction is very unique: this game is one of the pinnacles of asymmetrical design in the genre.
The unit designs (both in terms of art and gameplay), especially for the Novus,
are some of the best you’ll see outside of Blizzard’s and Westwood’s classic RTS titles.

It does represent very well in my opinion the dilemma by “modern” RTS. While it was original and received good ratings, was it a good game? The game never received add-ons, despite having quite some hints for 4rth faction. You can’t even buy it any more despite developer (Petroglyph Games) and publisher (Sega) still are around.

What happened? What went wrong?
While receiving high ratings and score, does not mean game is going to get good sales,
it has been already for years criticized that new RTS dont provide good gameplay experience.
If the player isn’t entertained by the product, he clearly won’t spend money on it. Even by easy to design genres like Shooters, we have seen with EAs Anthem & Amazones Crucible, that big budgets and teams can’t pull off a successful product, if gameplay is overall quite boring, shallow and generic.

Universe at War did there overall there not a good job.

The gameplay for one of factions did consist of merely buy 3 huge walkers, than to crush anything in their way. Was extremely repetitive. 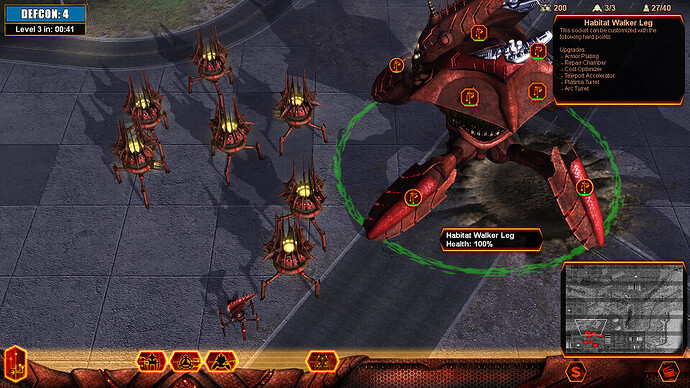 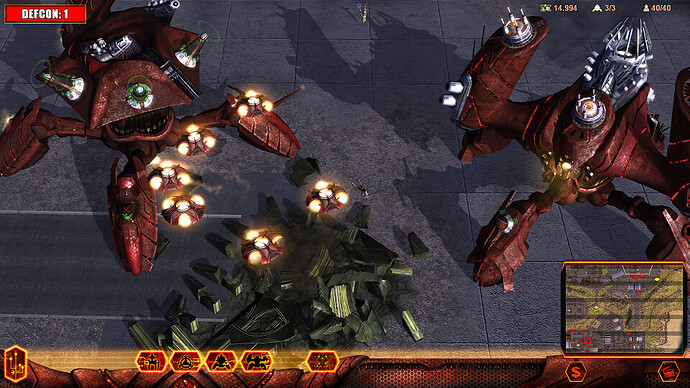 The game had overall a lot of aspects, I would describe as best as design mistakes.

I would personally describe Universe at War from 2006 as one of the worst titles ever designer for the genre, but we still had to see similar mistakes ever years later in Command & Conquer 4: Tiberian Twilight, BattleForge, WorldShift, Act of Aggression, Grey Goo, Empires Apart, Ancestors Legacy, Dawn of War 3, Forged Battalion, Year of Rain.

As it comes now to AoE4, why shouldn’t there the same mistakes happen all over again?

But modern RTS tend to simplify games to a point, where you can’t change your tactics. It has been some years, since we had an RTS, where it was possible to have an variety what you can actually do there.