HRE has three different cannons including the French Cannon 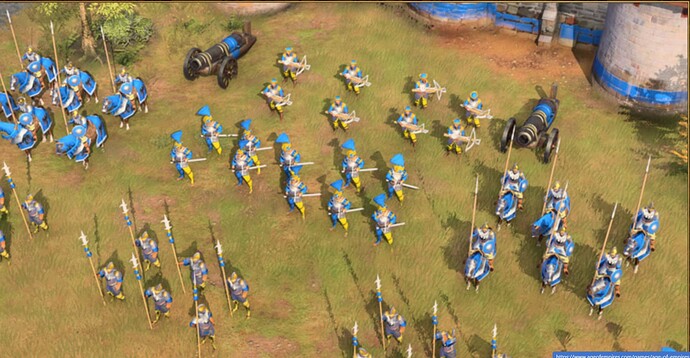 I was confused by that too

I can only see 2, where is the third canon?

I guess they just composed a camera shot and it looked better with a moving cannon instead of a packed one.

But where do you see the third cannon? The wheeled one is the french, the stationary is the standard one, and the two shielded things to the left are not cannons. 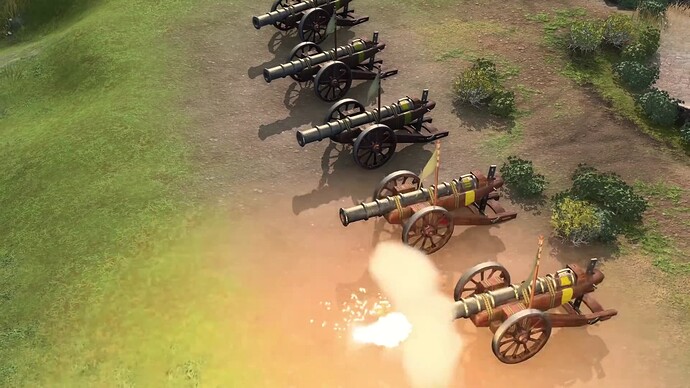 True. Missed that one. No clue about it.

Looks smaller in calibre and more modern compared to the french wheeled one. Upgrade? Counter artillery like in AOE3? The flags are odd.

Looks smaller in calibre and more modern compared to the french wheeled one.

hmm it could be.

Who put flag on canon, it will break because of canon comeback, when it fire.