Hungarian Revolution has pretty major bugs with the grenadiers

Realised they had more range so figured I’d try to build a strat around them. Turns out it’s impossible as they regress and/or don’t upgrade as stated depending on what civ you’re on / what upgrades you have done already.

Germany and Russia have the same problem (more or less) but I’m going to use the Russia example to outline the issue: 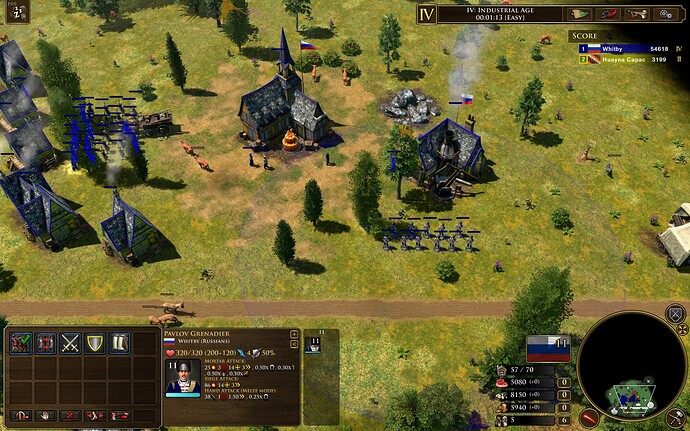 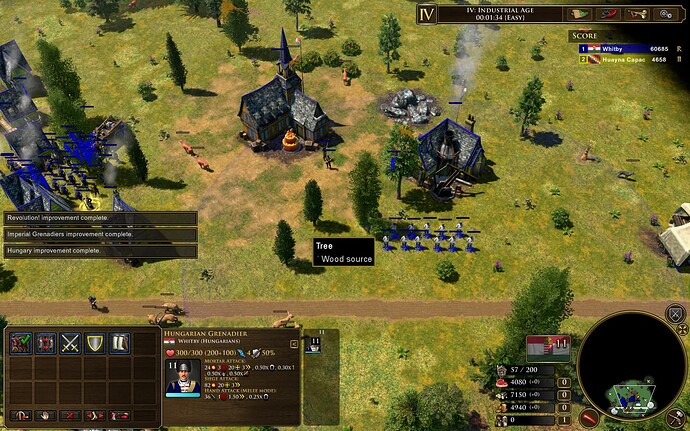 Message appears in the chat stating that veteran/guard/imperial upgrades have been done for the grenadiers. (In the picture posted, you only see the imperial message as in this example I already upgraded them to guard beforehand to demonstrate the issue in the most extreme way.)

Upon “upgrading” the Russian royal guard (Pavlov) upgrade is UNAPPLIED causing them to lose HP and lose damage. The imperial upgrade is not applied, despite being stated to be in the chatbox. The units actually get downgraded.

Interestingly, if unupgraded, the veteran upgrade and guard upgrade do get applied as expected. Just, the Imperial upgrade isn’t. (The royal guard upgrade for Russia also isn’t, but in all fairness, that may be intentional and is fine.)

It’s a shame this is bugged, this’d be a really cool revolution option if it wasn’t, as it’d be one of the few viable grenadier plays. Please fix the imperial grenadier not applying bug.