), and too many generalized units and buildings, but also they were TOO ADVANCED.

I’m talking about a time frame shifted slightly earlier than AOE3. Roughly 1400s to 1700s. The only problem I have with AOE3 is that it covers most of the period but poorly represented it. The game is more focus on 1700s and later (musketeers that start with bayonets, hussars as standard European cavalry in the early game). In the meantime obsolete weapons like bows can compete with (on many occasions outperform) gunpowder. This is understandable for a game design, but it would be a pity to omi…

The timeline is at transition from medieval to early modern era, so we shouldn’t have so many gunpowder units before Fortress Age, particular Portuguese, Spain, German, Russia and Asian civs.

Developers did a GREAT JOB with Ottoman rework, Azap such this medieval MELEE units is always the legacy desperate need it! 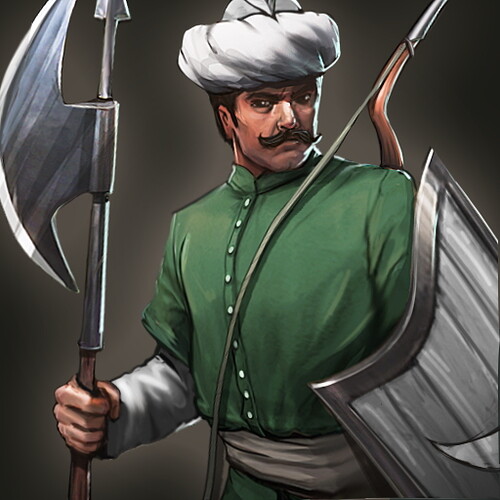 The Azap is a ranged heavy infantry unit in Age of Empires III: Definitive Edition that is unique to the Ottomans. It was introduced in update 13.27885 and performs the role of a Pikeman and an archer. Ottomans

I don’t understand why not do the same with the rest of civs???

Why late renaissance to the age of enlightenment is a perfect setting for an AOE game
TouchierFiend53 October 28, 2022, 12:01pm #2

Perhaps because the games theme was the colonization of the Americas lol. Its like saying a game about the American civil war doesn’t have European units

and too many generalized units and buildings

They had way more unique units and mechanics than the predecessor AoE II. Also news flash, most European civs used Pikeman, Crossnowman, Musketeers etcetera. A Dutch pikeman might look different visually from a German pikeman, but its functionality was still the same, making all the civs have unique units with slightly different stats, first of all is impossible to have them all unique and secondly is impossible to balance and make it player friendly to remember all that shit.

The Natives had all unique units, as they didnt make use of pikeman so it was logical for them to change that, unlike AoE II where all cultures share the same basic units.

The timeline is at transition from medieval to early modern era, so we shouldn’t have so many gunpowder units before Fortress Age,

Before Asian Dynasties the time frame was 1492-~1890 with only the campaign of the Chinese making it earlier to like what? 1440?

Discovery age untill fortress age is roughly from 1492-1750, as the periods arent really historical before the industrial age, it is hard to determine the individual spans of time as the Age of Discovery spanned ftom 15th untill 17th century, which would coincide with the colonial age if you count that start date from the moment the Europeans began to intensify colonialism.

But so lets divide it up in roughly equal periods.

In the period 1578-1664, musketeers were most definatly used. So your assumption that it wasnt is just straight up false.

Developers did a GREAT JOB with Ottoman rework, Azap such this medieval MELEE units is always the legacy desperate need it!

A unit that no one will eventually use as Janissaries perform the same anti cavalry role while being better? It also is yet another unit performing two roles in one breaking the balance of the rock-paper-sciccors system, a few units are okay, but there are way more then needed now.

I don’t understand why not do the same with the rest of civs???

As it would be a complete mess of balance, really hard to remember every single unit and completely unecessary as while the Ottomans have some claim to new units, the other European civs all shared the units historically so it is already historically accurate to have them have shared pikeman, halbediers, musketeers, you name it. Royale guard units are the ones that give it a little more flavor

The series have always been a hodgepodge though. You have civs and units that are 1000 years apart appearing at the same stage. AOE3 actually does it better (because of shorter timeframe of course).
The reason why we detect those inaccuracies easier is because we know this time period better.

That being said, the civs that really look “out of place” in AOE3 are:
Aztec, Inca, Japan, China (somewhat): almost stuck in one period, with little progression
India, Lakota, US, Mexico, Ethiopia: feels like they start right from the early 19th century

Aztec and Inca are perferctly fine as they were at the beggining, not so much with Mexico or USA that came from UK and Spain, akready ingame. This has been said a lot since their anouncements

I would say Japan and China are fine in this regard.

Aztecs are indeed verye early game, Incas do have some stuff for later era.

Japan is not “early” but totally stuck in the sengoku period (17th).
I think it is because the musketeer-type with a clear uniform progression is one of the few units that can be used to pinpoint the time period (like knights in AOE2). Musketeers (also counting regular and soldado) reflect the well-documented “modern regular army” and other civs lack such a unit in this time period.
Most other units simply became “fancier” with age-ups.

From this perspective, musketeer is actually the outlier, as most other units have no clear time progression through age-ups. So probably we cannot pinpoint the time period at all XD.

To be more specific:
Hussar & uhlan: get several different late 18th~early 19th uniforms, which could co-occur.
Dragoon: get a fancier ponytail.
Skirmisher: start from a totally irregular look to a little more regular look
Cavalry archer: irregular steppe people that can appear at any time between medieval and late 19th
Cuirassier: get a coat that covers the cuirass
Most other unique European units: just the same unit in a very limited time period, with a few small visual changes
Archaic European units and most non-European units: get a fancier armour or some decorations

I don’t think India is early 19th century as you say.

Because elephants and rajputs are pretty 17th century (during Mughal times) if you ask me.

Problem is you train 19th century units (Sepoy and Gurkha) before you can train elephants. Very funny.

My understanding is to use “regular” and the latest units to pinpoint the time period.
So rajput with armour (which was not standardized in history) could also appear in the 19th century, while sepoy and gurkha could not appear in the 17th.

BTW “sepoy” could also refer to Mughal infantry before the word is used by the East India Company. But the in-game uniform and equipment is clearly a 19th century thing.

Actually Sepoy is a very specific word. Yes it is an anglicization of “sipahi” but when someone says sepoy, they don’t mean Mughal sipahi, they mean the Indian soldiers working for the British Raj. 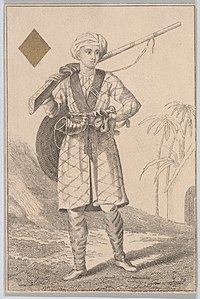 The sepoys of the Mughal Empire were infantrymen usually armed with a musket and a talwar, although they sometimes operated artillery pieces and even rockets. They wore the colours of the "Great Moghul" and sometimes used war elephants for transport. The French East India Company was the first to employ locally recruited sepoys during the Carnatic Wars. Soon other European powers did the same, to protect their interests. In its most common application, sepoy was the term used in the British Ind...

Not sure what the contemporary Mughals called their infantry.

Sipahi. Sepoy is an English word.

It says there that the most conmon application of the word sepoy is for British troops hired in India.

Aztec and Inca are perferctly fine as they were at the beggining, not so much with Mexico or USA that came from UK and Spain

Out of these 4 only Inca makes any sense as a standalone civ. The game takes place from about 1500-1900 so any reasonable pick should be in existence in some form for at least half that time. Aztec, USA, and Mexico don’t even come close.

With such condensed timeframes, these civs can’t have the same system of progression through the ages that every other civ is built around which leads to inconsistent and bad designs. Inca actually could have a proper progression, but for some reason they chose to copy the dysfunctional Aztec template for them instead of designing them properly.

Ideally these nations should never have been added to the game as full civs. The short lived Aztecs should have remained as a minor civ and a more enduring civ like Maya (lasted until 1901) should have taken their place. Continuing the work they started with expanding the scope and detail of revolutions would have been the obvious way to include USA and Mexico. Revolutions could have been made earlier with subsequent state age ups and revolutions available afterwards. Having different states available to different starting civs would have allowed just as much content to be added as a full civ can provide.