I finally beat Raid on Bablyon

Just wanna say I finally beat this nightmare of a mission. I was never able to beat it “normally”, always had to use the cheese strat of just rushing the objective ASAP and getting it out that way. No matter what “normal” strategy I used, the AI would just overwhelm me with an endless stream of units.

This time though, I tried doing the Roman strat of just spamming towers, and…surprisingly, it worked. With a handful of Guard Towers, alongside Chariots (since the AI kept making lots of Priests), I just held off until eventually the AI just stopped attacking (I guess they ran out of resources?) and then I just slowly cleaned them up with Chariots from there.

No other mission in the entire official campaigns gave me trouble, but for some reason this one seemed utterly impossible. 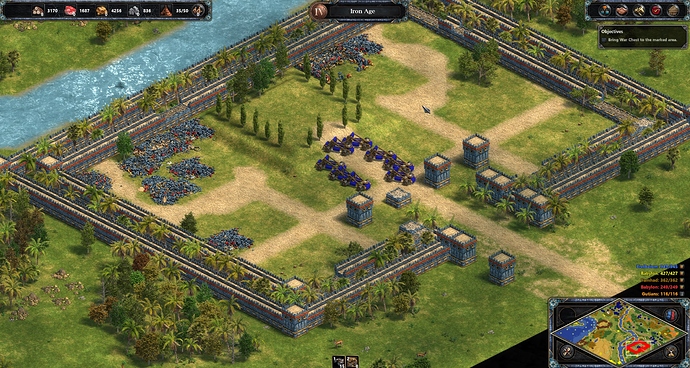 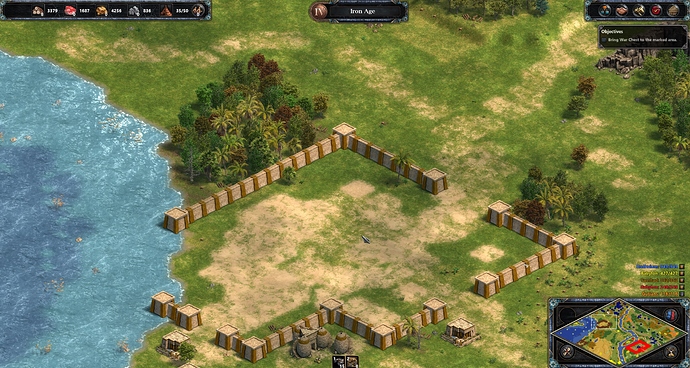 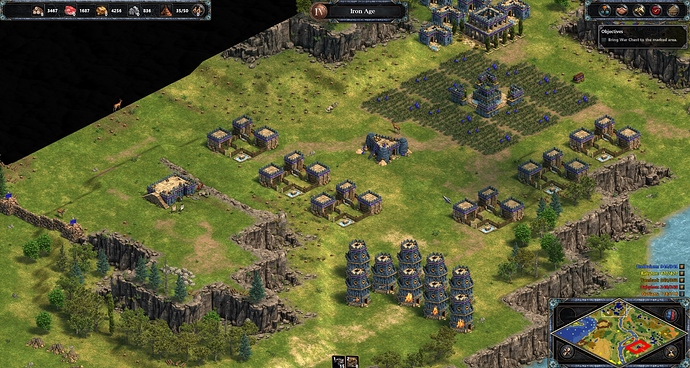 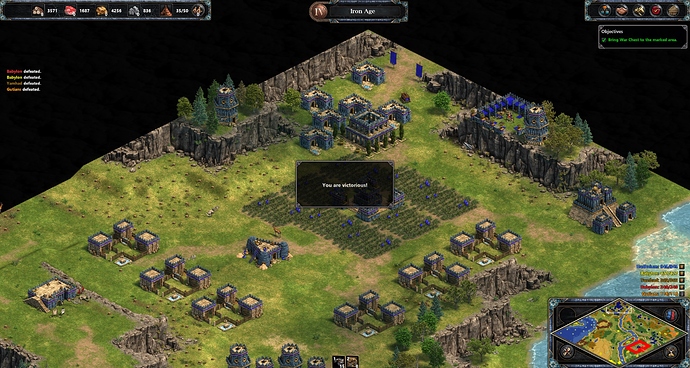 I have not played it but from what I have heard/seen about it it seems, that rushing, grabbing the artifact and running away with it is intended way to play this. I think this is more exciting than usual build and destroy everything gameplay. Something different

Nothing in the instructions/hints sections suggest that you’re supposed to just rush in and grab it.

And I’d think triumphing over stacked odds is a lot more exciting than rushing in and ending the mission in <5 minutes.

And I’d think triumphing over stacked odds is a lot more exciting than rushing in and ending the mission in <5 minutes.

Yeah, this was a heroic victory from you

I rushed in and did it in <5 minutes

But before I found that, I built up, mined the whole map and finally defeated all the annoying side-villages in 1hr 30min

The Holy Man scenario for the Babylonians is super hard with the changed AI. The villagers are too aggressive towards being converted. AT one stage I had all the AI villagers chasing.

After the changes, there are some extraordinary hard missions. These are the following I figured out:

Raid on Babylon got changed. Red has no more Pharaos and doesn’t attack anymore. Therefore the mission is now doable with a non-raid strategy

Another strategy is to settle on the right side of the river (where the other settlements of orange are). It’s easier to defend there.
The Holy Man is really hard for beginners. I’m able to handle it somewhat easily on hard difficulty (after you survive the first attacks, it’s easy). But even on the difficulty level easy the AI is nearly as aggressive as on hard! So beginners have no chance! Red should attack later on easy and the AI should not attack priests with villagers on easy. It’s a great change, that the AI is doing this at higher difficulties, but they should just run away on easy.
Lord of Euphrates is also really hard, but imo that one should stay as it is.
A mission that scales good in difficulty is the third mission from the Caesar Campaign (Alesia). I played it on easy and hard and I noticed a huge difference in the difficulty in comparison to The Holy Man.

I just had completed all campaign. Man, after updates, the games became so hardcore! But I like it.
@DeciusFlavius: dont forget the Revolt of Spartacus map

How could I forget that mission!

But some missions have become much easier. For example the mission Tigris Valley is in the original AoE one of the hardest missions! Now in the DE the map is the same one, but yellow doesn’t attack at all and brown just very weak.

From my experience, last Greek mission (the one with Alexander) was a nightmare to beat if you tried to take the land route to the Wonder building site. Persian wave after wave with Cavalrry and Catapults.
Mylae was literally impossible without some exploit. you basically had to remove any trace of your existence from the coast.
Xenophon’s March has also been altered in the latest patches. The AI gets resources so they are able to train villagers and eat up the vital resources you need to pick on the road. The orange Persians are the biggest pain in the rear, as they can attack your Gov. Center and send wave attacks with troops, priests and triremes when you reach their city.
Pergamon also took me quite a few tries, even after rushing the Romans and securing the 2 flanking bridges, their Ballista/Priest/Cavalry spam was relentless.

Really hope they can balance some of these maps in the following patches.

I just had problems with the last greek mission (Alexander) when I played on hardest. On hard and below brown stops attacking after some time. They still produce a lot of units, but they don’t attack. But on hardest it is extremly difficult!
Mylae is really frustrating (also Agrigentum, the mission before - It’s too hard, especially on harder difficulties, because it’s frustrating and not just very difficult)
I think Xenophon is a bug. I think this was an unintentional change, because the AI behaves like in a random map. Pergamon? I guess you mean the mission with Larissa

Pergamon was it in the original game or do I miss here something?

Imo if you rush the two roman armies it is quite easy (on hard), but if you let one or both romans build up their army then you have no chance

Hate to break it to you guys, but the latest patch included a scenario fix where I made the Raid on Babylon scenario easier

Still not an easy scenario to beat, but it’s much less difficult than the release version.

What I did was raid in asap, take that war chest and kept it on a second base in east corner for a while until I finished off everything. It’s was a very difficult one on hardest indeed.

Because of this change the scenario is easier, but feels way better and as you say, it’s still hard! So good job

Are you still working on the campaigns? Because on reddit a thread was posted back in june (after the latest patch), which contains constructive feedback to every single mission of all campaigns. Maybe it’s helpful for further improvements