Idea not bad, but does lackluster as it offers not much difference.

#Em, Jaguar Warrior and Manlet should be default units

I would say it should be more to choose.

Also, I would say, it needs more new units, like 5 at least if you choose a different route

this are the units in AoE3

I think, if you choose a different route it should add there more units.

i wrote manlet and jaguar as a example.and yes,you’re right it should add more units

Well big issue is to close logical and historical the gaps

Resist: new calvary like em tamed Jaguars, jaguars are fast and were actually tamed by Aztec
so tamed Jaguar can be upgraded in temple “Jaguar” as it was a spiritual/religious animal 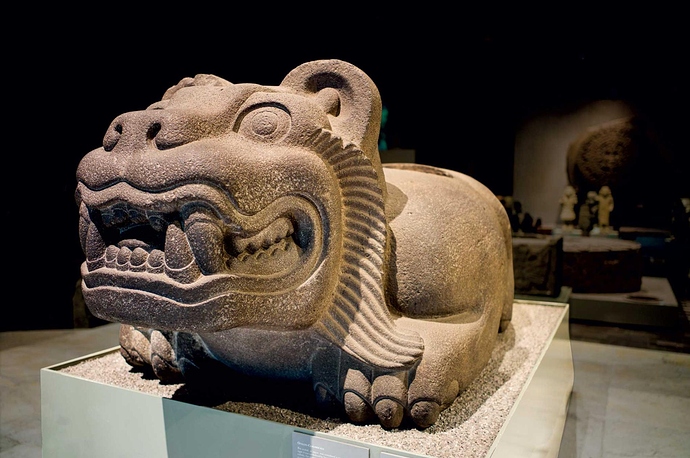 Jaguars were the divine felines of the ancient Americas

The carnivorous cat has inspired fascination, fear, and reverence for centuries.

siege units, well there used to be Siege Towers in Mesoamerican wars, so as historcialy proved unit it can be added

em, one idea for long range siege “units”, but I am not sure if it was used by Americans.
as Aztecs had kind of shovels, they could “theoretically” dig under enemies walls.

one very odd thing is, Mesoamerican did use poison arrows with frogs, why did AoE miss that opportunity ? they are even called Poison dart frog, LOL

Poison dart frog (also known as dart-poison frog, poison frog or formerly known as poison arrow frog) is the common name of a group of frogs in the family Dendrobatidae which are native to tropical Central and South America. These species are diurnal and often have brightly colored bodies. This bright coloration is correlated with the toxicity of the species, making them aposematic. Some species of the family Dendrobatidae exhibit extremely bright coloration along with high toxicity, while oth...

Aztec were very prominent for blood sacrifices, blood Priest who does sacrifice units for favours and buffs sounds logical 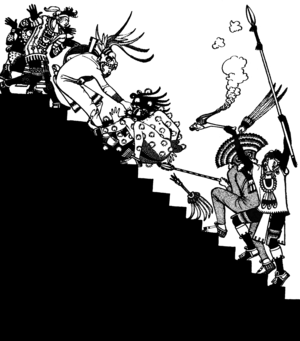 Human sacrifice was common in many parts of Mesoamerica, so the rite was nothing new to the Aztecs when they arrived at the Valley of Mexico, nor was it something unique to pre-Columbian Mexico. Other Mesoamerican cultures, such as the Purépechas and Toltecs, performed sacrifices as well and from archaeological evidence, it probably existed since the time of the Olmecs (1200–400 BC), and perhaps even throughout the early farming cultures of the region. However, the extent of human sacrifice is u...