Idle and walking animation of Landsknechte (way of carrying their swords)

I notice that from the Gamescom video, Landsknechte’s Idle and walking animation look like this: 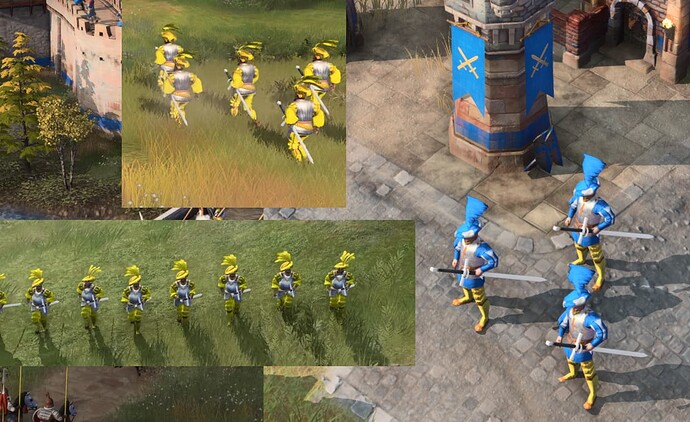 They carry their two-handed sword near their waist.

Well that isn’t a good way to carry a 170+cm zweihander sword. No landsknechte on renaissance engraving or painting carry 2h sword like this.

I suggest to change Landsknechte’s Idle and walking animation, to make them carry their weapon on shoulder, which is the most common posture according to historical paintings. 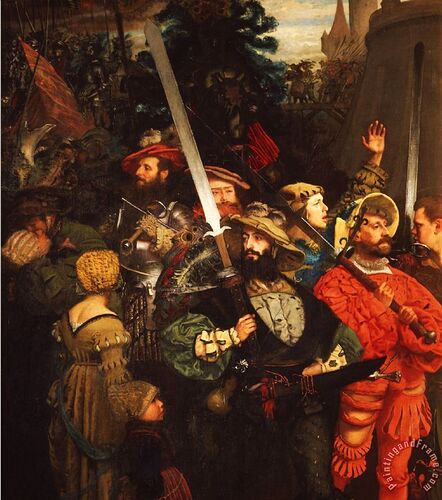 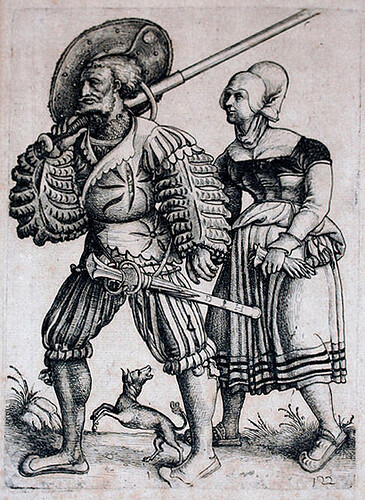 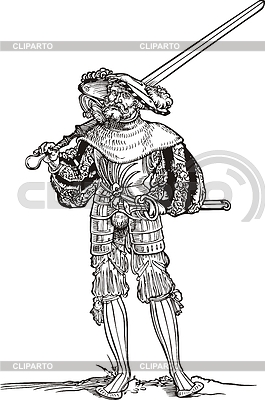 It’s probably just to make it visually clearer when they are idle.

Sword on the shoulder is far more distinctive.

Looks fine to me as it is.

I don’t think that it is visually clearer with the current postion, compare to carrying sword on shoulder.

Well I mean if the sword is on the shoulder it’s pointed almost the same way that it is when he is fighting. So I think it does help to create a visual distinction when the sword is at his hip.

I see your point now. But in fighting posture the sword is (almost) vertical to the ground so it probably won’t point the same way. And the general posture would be distinguishable enough. 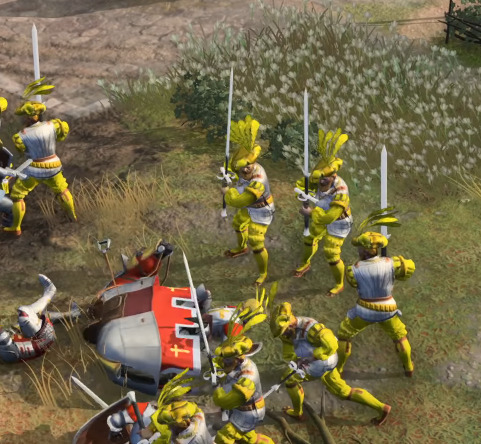 Yeah I agree, I just wanted to state my idea on why they might have chosen this posture for the Landsknechte instead of a more correct one.

There was a regular group of Landsknecht which were actually armed with ridiculously large, spiked swords straight out of anime, so that’s all well and good. OP is right though, these swords were not carried on the waist but on the (padded) shoulder or having a part of the blade without edge on the shoulder. The way idle is handed right now is inacurrate and less cool. I also don’t think it’s needed for readability as the idle swords would face backwards.

Weapons are too big. This looks childish to me. It’s just disproportionate. Why would you do this?

As a german, I agree, this would make them more distinguished from other troops

because you want to be able to see the type of unit you click.

PS: wait after launch to 2022 to get mod support, where surely a mod will come to “fix” the issue

Their sword were historically big. I would argue that in this one case the weapons are actually correct size, because Zweihanders were already oversized in reality:))

Why would Landsknechte even use a Zweihander ? Their historical set of weaponry is a Pike and a short sword as secondary weapon called Katzbalger.

A Katzbalger is a short Renaissance arming sword, notable for its sturdy build and a distinctive s-shaped or figure-8 shaped guard. Measuring 70–80 cm long and weighing 0.8-1.5 kg, it was the signature blade of the Landsknecht .

Only around one eighth of all Landsknechts would use a Zweihander cause they are more a tool you use once in a battle than to do continous fighting all day with. 300 Pikemen, 50 Zweihander and 50 ranged units would form a usually formation of Landknechts. All of them wear the Katzbalger.

Just like the Reisläufer , Landsknecht formations consisted of men trained and armed with pikes, halberds, and swords.[9] 300 men of a Fähnlein would be armed with a pike,[22] though a Landsknecht 's pike was generally shorter than a Reisläufer 's at about 4.2 meters (14 ft).[23] Experienced and well-equipped soldiers, receiving double a normal Landsknecht 's pay and getting the title Doppelsöldner ,[24] made up a quarter of each Fähnlein . 50 of these men were armed with a halberd or with a 66-inch (170 cm) two-handed sword called a Zweihänder while another fifty were arquebusiers or crossbowmen. All Landsknechte , regardless of primary weapon, carried a short sword called a Katzbalger for close combat.[23][25] By the end of the 16th century, however, the number of pikemen in a Fähnlein had diminished to around 200.[26]#

Why would Landsknechte even use a Zweihander ? Their historical set of weaponry is a Pike and a short sword as secondary weapon called Katzbalger.

They would use whatever is needed for the job. Thats the beauty of being a fully paid (kinda “elite”) mercenary unit. Not some conscripts who can only bring the bare minimum.

They are notorious for the flashy clothing. Having some flashy, expensive weapons like a Zweihänder fits that picture, even if they used it in low numbers and as a specialist’s tool. It also comes with a unique fighting style (as Matt shows in that video), which can be translated into area of effect damage in a game.

I can totally see why the devs went for it. Same with AOE3 btw, where it had much better animations. The new ones just swing a reskinned baseball bat like some untrained brute : P

Edit: Matt doesn’t do much with it in that particular video. Here two others:

You underestimate how strong those beefy boys are

I like you didnt read my post, where I say how common the weapon was for that kind of unit…

I’m guessing it’s to make the idle stance very clear that they are not swinging the sword, but I think it would be fine over their shoulder. This is also way, way, way down the list of things I care about though.