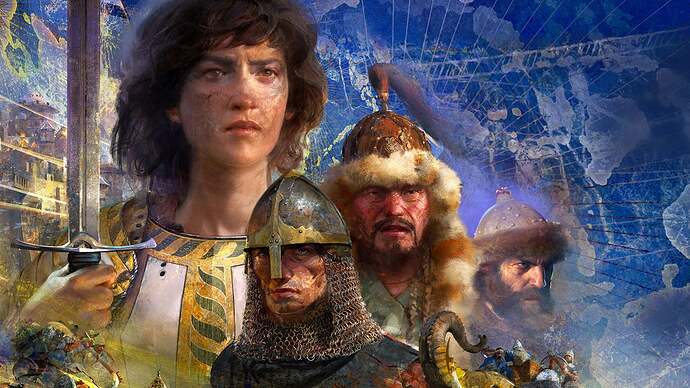 I think this is a very good review which covers the main crictisms about the game.
“…But these modest touch-ups didn’t do much to change the fact that there’s almost nothing in Age 4 that couldn’t have existed 10 years ago. That includes the graphics: even on max settings they don’t look that impressive, especially when I could go play any Total War released since 2010 and see an order of magnitude more units with much more detailed models and far higher-fidelity environments. And with Microsoft signing the checks, it’s not like Relic made this on a shoestring budget. At the same time, new mechanical ideas like being able to hide units in forests to set up ambushes are a nice twist, but other than that I’m not really doing anything that I couldn’t in the Definitive Editions of Age of Empires 2 and 3 that have been released recently.”.

They didn’t really touch on the UI problems

8 Is a good score but not a Great score.

I was just quoting them. That’s the word that they appear to have assigned to the number 8.

8 is pretty good. I expected a good but not great game so if this review trend continues AoEIV will do fine enough.

it is a big score and give the developper the rigth to totaly ignore theire players base.

Look like we do not know how to do a good game, but the developper do. XD

I don’t trust the ratings from these paid media except Steam’s user ratings.

Well, if it ain’t broke dont fix it.
Why try innovate too much and risk loosing the identity of the game when aoe2 mechanics are already amazing with the only drawback is the 2d graphics and the game having a tens of thousands of players still playing it?
They could change things around on another rts but aoe needs to be and feel like aoe. It’s the simple innovations and improvements on the mechanics that already exist on previous aoe and the little things implemented that make the game great.
The guy even compare AoE with total war which is a completely different game style.
If I wanted to play a game like total war I would just play total war.

Personally I couldn’t care less about reviews, especially IGN. Seems much better to try it yourself (if you have the opportunity) or just watch some videos of people actually playing the game.

Put attention to the cons. They basicly mention all the cons we shared as a community for around one year. They decided to ignore us instead of having higher ratings, the game could be much much better…