Inside Campaign - The Mongol Empire - 1215, Zhongdu

If the leader (Genghis Khan) dies, It appears a “Injured Leader” on top of him, but he still attacks and chases enemies, but the player can’t control the Leader, and if chase too far, It comes back to where it died. The enemies also doesn’t attack Genghis Khan when he is “dead”. 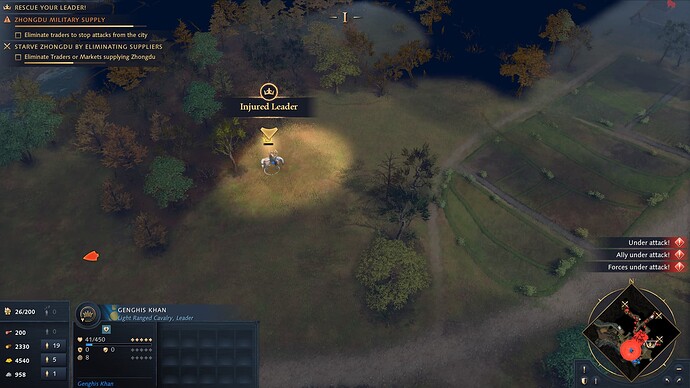 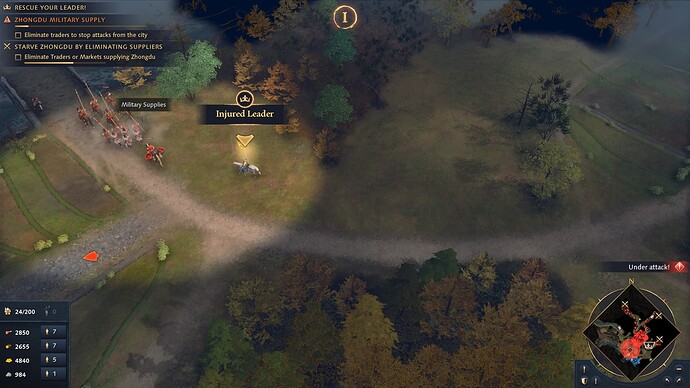 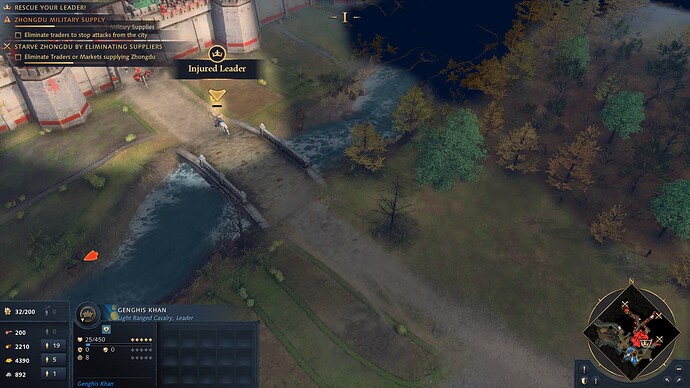 Thank you @OlorinDNarya. We appreciate the report and are looking into it.