Happy 1 year anniversary!
I intend to use this thread as a bucket for all of the things I find annoying in this game, I hope they get changed before the next anniversary or eventually. Here are some of them: IO behaviors can be smarter. Train an IO with a waypoint to a foundation should tell the IO to supervise that building instead of just standing next to it.

There must be a better place to throw error messages than in the middle of the screen. Feels like a penalty to have my screen temporarily blocked by these pop ups when I made a misclick.

Agree on these. But I’m sure with time they’ll get better.

That being said it is annoying when it happens in the meantime. Fortunately Vils are fast enough that generally this doesn’t have much of an impact

If anything it’s only really rams that sometimes have a game impacting problem, as is the nature of slow units

That villagers moving around mill isn’t even one of the worst that happens. When you place mill near TC in certain angles villagers return food to TC which is extremely frustrating even when mill is closest one so game doesn’t properly recognize right path. This is very hurtful for china, because each drop off to TC is 30% lost resources.

Also IO’s can easily bug path of other units. If you supervise building in tight space like 2 stables next to each other and unit tries to move through path between 2 stables it might end up being in infinite loop and never finding path to go around.

Same where IO’s block units or themselves in tight spots causing them to get completely stuck. I had tax collection IO getting stuck between buildings and another IO and not able to collect taxes for several minutes which almost caused me to lose the game.

Another improvement that is a must is turning the Horse Archer into a shared unit instead of being a unique unit because many civilizations historically wielded archers on horseback.

You should test trying to ungarrison 10 spear men from a ram into an army of horsemen surrounding the ram, if you want to see terrible pathing/unit control

Yeah the unit pathing has been brought up a lot here, and I totally understand! This is something our team is aware of, but I’ll make note of it again during the weekly report.

Here is a ram pathing video for ya IO behaviors can be smarter. Train an IO with a waypoint to a foundation should tell the IO to supervise that building instead of just standing next to it.

Wow, thats pretty bad. But I guarantee it will be even worse if you try ungarrisoning with enemy units around. Same behavior for ungarrisoning transport ships.

Maybe the rams were trying to keep formation while attacking instead of breaking up?

I am a huge supporter of cloning. In AoE4, it’s too difficult to select exactly N villagers, because shift de-select on the map with small hitboxes is too cumbersome. We need to shift and de-select from the bottom UI panel.

There must be a better place to throw error messages than in the middle of the screen. Feels like a penalty to have my screen temporarily blocked by these pop ups when I made a misclick. 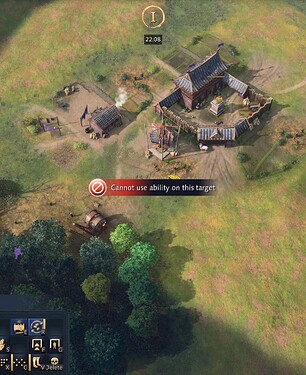 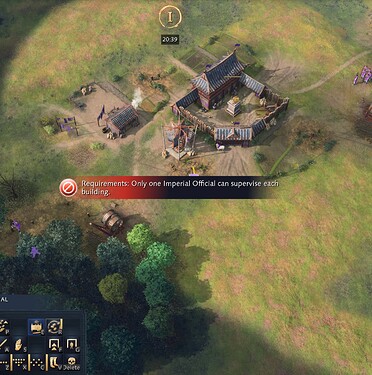 Villagers stop working. Will collect from 1 sheep or berry bush then stop working when theres another right next to them.

Pathfinding - what makes starcraft 2 the best rts. Think cause aoe4 is full 3d causes the problems

3D has no effect on how pathing works, starcraft 2 is 3D as well, its all about how high of a priority it is

Palisade and stonewall should be able to connect, as well as your wall and teammate’s wall

walls not connecting properly is very annoying, also weird gaps that appear as a result making it very hard to tell if unit can pass through or not

And the Great Bombards, they were used not only by the Ottomans

OMG! This is a false equivalence because the horseback archery was common among a lot of civilizations while the Great Bombard was only limited to very certain empires. You can’t just equate the Great Bombard issue with the Horse Archer issue. They’re not comparable. It’s pretty much comparing apples to oranges.