Hey everyone. Just played the Norman Campaign (Battle of Lincoln) and recognized that the Hero Unit had an Aura that improved his units.

My initial thought was: Wouldn´t it be cool to implement it as an option/upgrade in the Regicide Mode. It would open up so many more tactical strategies and battles instead just hide the king in the castle. 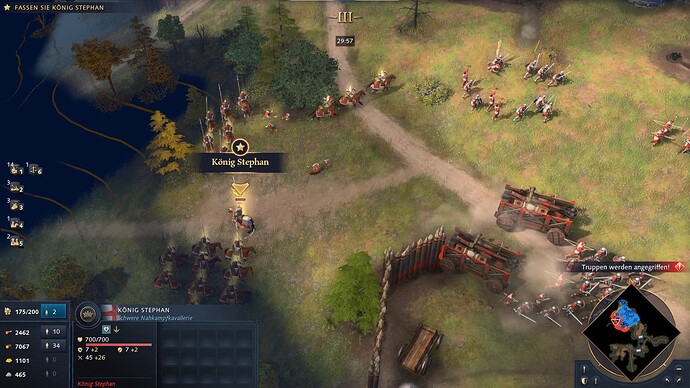 Great idea. I would love this option and a hero mod whit heroes like Joanna from Orlean, Dschingis Khan and others.

Besides they should fix it that AI attacks with their king in royal rumble. This is very stupid.

Exactly! Would be so much fun and makes also sense in historical context that they buff the moral of the troops.

Hahaha i didn´t wanted it to mention because it so silly but for real they should be able to fix that in no time.

I made a post with suggestions to improve royal rumble. Lots of the suggestions would also be well suited for a hero mod. Royal Rumble Mod Improvements

My initial thought was: Wouldn´t it be cool to implement it as an option/upgrade in the Regicide Mode

after first trailers many speculate, that there will be heroes.
But guess what? n o

Heroes would be very cool. Hopefully there will be a hero mod as I described in my referenced post above soon.