With the departure of the August changes and the x2 increase to the huaraca (returning to its original damage that it gave before July against artillery) it seems like a ray of hope for the Incas, but even so they continue to falter enormously against enemies that take out 2 cannons duly protected with musketeers or light cavalry, apart from the fact that the huaraca is very expensive, with a low rank and cannot be massed because it costs 2 population, it is impossible to stop an enemy push composed of heavy infantry and 2 cannons, since these they cancel the chimu runner and they also cancel the jungle archer for the range of the cannons

the other option would be:

-enable the light cannons in the fortress when you use the big button that instead of giving you 4 cannons, it enables the training of these and thus things would balance things a bit

these 2 options would lead to the same, a unit more focused on killing artillery and stop depending on the chimu runner that can be easily countered and the current huaraca with the update of august, which due to its low range can be easily eliminated

The Inca did have a bunch of cool Precolombine siege weapons, if resources allow, it’d be cool if they got a Ballista for example to counter artillery.

yes, it even had cannons during the rebellions of manco inca and tupac amaru, with manco inca they had cavalry, musketeers and cannons stolen from the spaniards 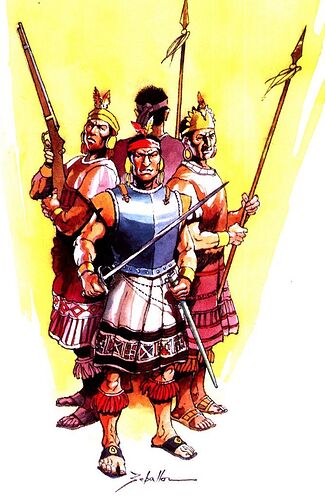 The huaraca will once again be very useful against artillery. By design, the 4 natives are very weak vs artillery in the early game, but the incas can do well with the huaracas.

yeah thats what the rebellion card does

We could just make that card infinite with imp shadow tech

The Lakota Warchief gets a x10 into artillery and the Rifle Riders get a x7. The game need balance regardless of history.

Havnt tested the changes to Inca, but I have a feeling the hurraca changes arent enough.

If the Incas can train cannons through the “Thunderbolts of lllapa” Big Button Technology I would then like it if they could train a different cannon unit instead of the [Light Cannon].

I am not too bothered that they have access to it, but at the same time I still want the [Light Cannon] to be a unique unit for the Haudenosaunee only if it is possible.

How about giving the Incas an artillery unit instead that can be called the [Captured Falconet] or [Makeshift Cannon], which will replace the [Huaraca] for them after researching the “Thunderbolts of lllapa”? The [Makeshift Cannon] can be based on these three pictures shown below that displays an alternative model of the Falconet. 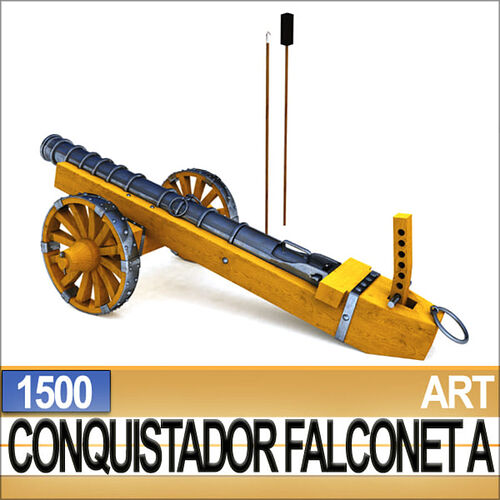 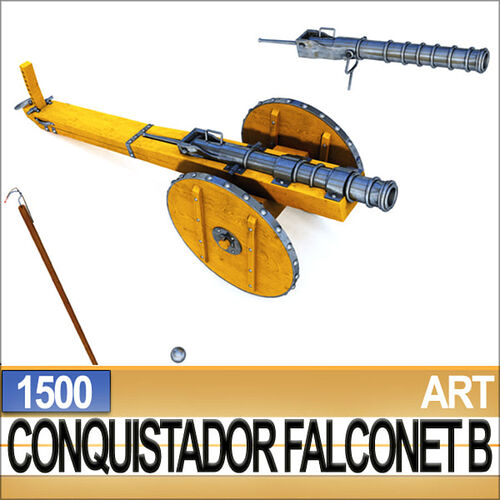 According to a website known as “How to Peru” (https://howtoperu.com/weapons-and-armor-of-the-spanish-conquistadors/) the early Conquistadors were unable to haul heavy artillery across the New World. And instead they made use of their lighter ship-based cannons, which were apparently Falconets that were remounted on makeshift carriages or on timber scaffolding.

So, similar to Leather Cannons in gameplay perspective

It would be a good idea, the problem with the tupac revolution is that it is very expensive and the maceman is also very expensive, the only thing that would cause is that you may not have an echo for a second tupac revolution (unless you are in some kind of treaty where you have so much gold, food and wood to take out troops, but that eventually dries up by not having villagers)

I also remember that I created a post where I suggested that the Incan civilisation could train a new military unit that would be called the “Kumana Prowl Runner”.

These Kumana Prowl Runners would basically be the Incan counterpart of the [Eagle Runner Knight] that is available to the Aztecs as a ranged cavalry substitute. And as you can tell from the word “Prowl” in their name, the Kumana Prowl Runner will also have the ability to go into stealth mode at default without needing the “Cloud Warriors” card.

“Kumana” apparently means “Spear Thrower” in Quechua. The reason for giving this spear throwing military unit a stealth ability is because when the Incas later adopted the Spear Thrower as a military weapon, they did then use it mainly in guerrilla tactics to attack the Peruvian cavalry.

(1 new trainable unit for the Aztecs, Haudenosaunee, Incas and the Indians)

The idea of ​​a unique cannon for the Incas is very cool, that can be trained in the fortress after making the big button, I hope the devs come up with an idea like this

Making huaraca another arrow knight is a bad idea. Arrow knight is designed as a culverin-type unit, but it is 100 times easier to get some arrow knights in fortress, and you can not counter them with culverin. Thus, they deny cannons even harder than culverins. There are even some Aztec players spamming arrow knights as the majority of unit combo, which is quite ridiculous.
Huaraca is bad at countering cannons indeed, but if you buff them a lot, the stronghold defense into endless walls and raiding will dominate the ladder again.

The idea of ​​a unique cannon for the Incas is very cool, that can be trained in the fortress after making the big button, I hope the devs come up with an idea like this

Thanks a lot! I could say the same thing about this sketch that you posted earlier which showed a couple of Inca warriors, and where you explained that the Incas used cavalry and firearms.

Maybe the Incas can get a card in the future that replaces their [Jungle Bowman] or [Bolas Warrior] with an Incan warrior armed with an Arquebus. Including replacing the [Chimu Runner] with an Incan Cavalry unit.

This Arquebus wielding Incan warrior could be called either “lllapa Arquebusier” if they replace the [Jungle Bowman] or “lllapa Gunner” if it replaces the [Bolas Warrior] while this Incan cavalry unit that replaces the [Chimu Runner] can go by the name “Khillaychuki Horseman”.

“Khillaychuki” apparently means “Sword” or refers to a bladed weapon in Quechua.

Maybe they can get an attack range that is more similar to a [Falconet] than a [Arrow Knight]? But only if their range needs a buff.

Arrow knight is designed as a culverin-type unit, but it is 100 times easier to get some arrow knights in fortress, and you can not counter them with culverin.

Well, as an adversary player you are not really supposed to counter the [Arrow Knight] with the [Culverin] if you are aware of what kind of unit classification that these guys have.

The [Culverin] is for the most part only useful against other Artillery and Ships. And the reason as for why you cannot counter the [Arrow Knight] with the [Culverin] is because they are classified as “Siege Units” and not “Artillery” in the game.

If you want to counter the [Arrow Knight] then other artillery units such as the [Falconet], [Horse Artillery] or any artillery unit with multipliers against Infantry are much more suited for the task.

So maybe it would be a good idea to give the [Culverin] and possibly other Artillery units with the Anti-Artillery role as well a small damage multiplier against “Siege Units” now that I think about it.

The problem is that from a balance standpoint, it’s the weaknesses that make the game interesting. Strategically, that’s what we exploit to win. The native American civs all struggle against European cannons to some extent. For Aztec and Inca, it’s a real problem that you have to explicitly prepare for. You’re either bringing hordes of coyotes/chimus or you’re trying to snipe the things with AKs/huaracas. But that’s part of the experience of playing these civs. They have weaknesses and any competent player is going to try and exploit them.

The German civ has no musks for example. It’s fairly vulnerable to a cav-heavy army. Sweden lacks a skirmisher, so it has to rely on its leather cannons and falconets which are slow and cumbersome to fill the gap. Ottomans are extremely gold dependent. The Dutch have a terribly slow start until they can transition from mining to banking which really gimps their Age 2 options. We can go down the list, but civs are supposed to have weaknesses.

I don’t see Inca’s lack of trainable cannons to be insurmountable or unnecessarily unfair. They have the tools to win games. Flank with the chimus. Use their big button for extra speed to get them onto the cannons. Consider raiding their economy with the chimus if you can’t break through the musk/halb/cannon death ball. You may have to avoid them in open field and only engage them when you’ve got support from your buildings or can separate them somehow. As Inca, you also can get a heck of a lot more units on the field than most other civs as well. Use that as an advantage. The Aztec really take a similar approach. No, they’re not perfect solutions, but that’s the point of a weakness.