1st of all, incendiary arrows are not made to kill soldiers.
And I will show the picture of why it was used for a very specific reason. 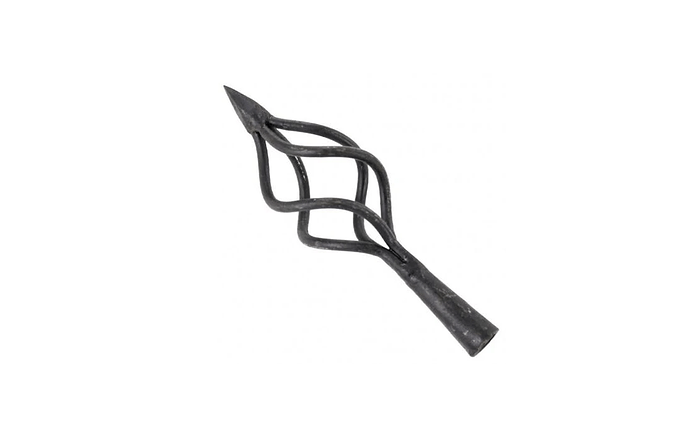 Most of the incendiary arrows are heavy due to raw materials used on the arrow tip.
Most of the time it is dry wool, thinnest branches, gunpowder mixed with wool or cotton, etc.
Due to its heavier tip and overall weight, it didn’t reach enough velocity to penetrate low-tier leather armours.
Moreover, as you can see, the tip of the fire arrow is much smaller to make it more balanced in the air and to hit the target.

Therefore, the incendiary arrow upgrade from the university should not add additional damage to archers against units. It needs to be effective against siege and buildings.

yeah fire arrow upgrade should be removed for historical accuracy, i agree. But they should buff the normal arrow damage.

Historically, arrow gave even less damage than in game arrows. Also in history, a lot of kingdoms didn’t use archers because bow is weak weapon since it can’t penetrate armor. Only strong bows like Turks, Mongols, Koreans composite bows and arbalest has a chance to penetrate chain mail, but against plate mail, archer only punch enemy heavy infantry. That’s why after plate mail, archer troops is used in short time in order to slow down enemy’s assaults or lure them to attack, that is all usage of bows. For this reason, people switched into muskets even though musket (250 meters) has less range than bows (500 meters) and 10 times slower (one musketeer reload in 40 seconds while a bowmen can throw 10 arrows in the same time).

Yeah they better need to be changed to deal damage to buildings and siege like torches.

You forgot Longbows, which were also very good at piercing armour.

On topic, I agree the fire arrow doesn’t make sense to fire at units. However, it’s really typical of Age of Empires and immediately shows a high degree of upgrades for units. So I’m happy they included it in AoE IV again and wouldn’t change it.

Let’s not look for historical precision. I see the fire arrows well. Is it real what a monk does in this game? wololooooo

I consciously don’t mention longbow because longbow is not as good as composite bow and arbalest. Composite bow is improved version of longbow.

This is the game. Have you ever seen a situation where people hit by a cannon are still alive?

I consciously don’t mention longbow because longbow is not as good as composite bow and arbalest. Composite bow is improved version of longbow.

In 16th century, middle caliber cannon’s projectile are like 6 kilogram (ı must check exact weights) iron ball and it is anti personal weapon, it doesn’t explode and kill 10 soldiers with one hit. In order to suit historical cannons, BBC’s attack could be increased to 80 but radius is decreased in return similar to Bombard Tower. Also in 16th century, there were small (it goes up to 300 gr), middle and large caliber (it throw 50 kilogram stones and used for destruction) guns. In game only middle caliber cannon exist named bombard cannon.

Also, canon ball kill enemy in a row, not in a splash.

bows were supportive weapons. Not decisive. Most troops didn’t have plate armor. It was expensive and seriously restricted movement. Some bows manage to defeat mail armor. And also they could kill horses. That was enough.

But before the automatic rifles invented, melee fight was never over.

Then change the name of the upgrade. Cause if you remove that 20% bonus from incendiary arrows you would find ranged units quite lacking in imp.

they can make another upgrade for it and make the price half. So both are equal to the current incendiary arrow upgrade’s cost.