Each of these were always completely independent and completely different ethnicities, with their own empires and foreign relations. Infact Palas were allied with Chinese, Tamils were occupying Malacca, etc etc
And again, each of these had a population(and still has population) and GDP atleast 20x what the already existing civilizations Portugese, Goths or Celts represent.

Remember, the AoC developer himself said, that Indians shouldn’t have been one civilization, but could have been 8. And in its own expansion pack.
Those above are the 8, I can assure you, as I am knowlegeable in South Asian history. Unlike most here in these forums.

The Civilization designer for AoC himself said, that Indians should never have been one civilization, but 8 civilizations , reflecting the true vast scale, size and history. In its own expansion pack, and for good reason. He himself was a European saying this.

And he didn’t mention anything about breaking down the Slavs or even the Chinese.

What the game and most people are unfortunately doing is, looking at medieval civilizations from the prism of today’s countries.
So If India and China are one country respectively , they deserve only one civilzation. etc etc. And this is a tragedy.

The Chinese still got 4 (and 3 from AoC days) civilizations to represent their ethnic groups:

So it is the Indians who really need Division the most. It is very clear and the AoC history advisor and developer clearly stated this.

24 Likes
REQUEST: regional monks
[Poll](Updated) Which civs would you like to see in the game? (All popularly requested civs included)
[Hub] Civilization Concepts
CheshireWig3203 July 6, 2020, 9:53am #2

Rajputs: Represented by the current Indians, they had Battle (melee) Elephants but if the other Indian factions had Elephants in the game this wouldn’t be a problem

Bengalis: This civ has to be an Elephant civ with the best Elephants in the game. If I’m not mistaken they were the richest Indian Sultanate (can be wrong) They were islam.

Afghans: Can represent the Ghurids/Ghaznavids/Afghans they would have strong siege representing the successful Ghurid Sultanate against the North Indians

Tamils: Probably the second most wanted civ after Tibetans. They had Fire Ships historically so they must have Fire Ships related bonuses

Sinhalese: Buddhist civ surroundered by water. I imagine them as a Navy and Infantry civilization

This game has enough civs and hopefully wont get more

There are still a lot of Asian, African and American civs left. There is space for around 15 more Civs.

I agree for a medieval era game Indian Subcontinent needs more than one civs to do justice. Atleast 3 to 5 civs for the South Asian Architecture Set.
By the level of diversity and wealth the subcontinent is almost comparable to half of Europe.

If they add more Civs (old world then new world thus) they should prioritise India then Africa then America because of the weight of the civilizations that existed there by history.

Guys, I can promise you their wont be more civs anytime soon. The game just has enough Civs now, more would break the game.

Its not about that their are not more possibilties or some regions “deserve” more, its just bad for the game.

There’s no harm in doing thought experiments. Devs can pick up the ideas if they are interested to keep supporting the game for the next 10 years. Otherwise the ideas are open for modders.

There’s no space for new civs with the current tech tree. It’s already hard to give a distinct identity to the ones we have, if new ones are added they will make this mess even worse.

is there still no possibility to add new civs in DE through modding? They should fix that if anything

I disagree. You could use the same logic to say there should be way more Chinese civs, but here we are. Start down that road and you’ll never stop.

If they’re gonna add something it should be something entirely new, like native americans, not just rehash mild alterations of something we already have more than enough of.

Afghans are persians lol, they are far from indians 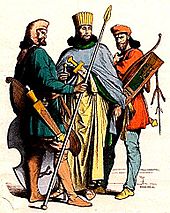 The Persians are an Iranian ethnic group that make up over half the population of Iran. They share a common cultural system and are native speakers of the Persian language, as well as languages closely related to Persian. The ancient Persians were originally an ancient Iranian people who migrated to the region of Persis, corresponding to the modern province of Fars in southwestern Iran, by the ninth century BC. Together with their compatriot allies, they established and ruled some of the world...

Afghans ARE NOT Persians. Its like Slavs are Magyars. lol

but they are the part of the South Asian region. They would be a cool addition.

So lets clarify this. Afghans are an own civilization and culture, who had been conquered many times in history. At the medieval era, they were under persian controll. Things I don’t understand:
If a civilization or culture didn’t have it’s own independence and own territory at the right age, why would you introduce them? It’s like making a age of empires in today’s history and introducing the catalonians as a civ that are not the spanish.

I do not want to go deep in this topic since it can bring up some big differences. My opinion is that no more civs should be added.

… so you want 7 more civ? We already have 35 civ, isn’t this more than enough? AoE2 is not supposed to be an exact historical depiction, i think we are more than fine with 1 single indian civ (plus, FE said there won’t be any new civ in the future).

there should be way more Chinese civs

You cannot compare them with Indians, it is a huge group of diverse cultures who always had different kingdoms/empires.

is there still no possibility to add new civs in DE through modding?