lost track of my other tread sorry will continue on this one. is their a way to find your old treads easily?

if you want to paly some meme games: 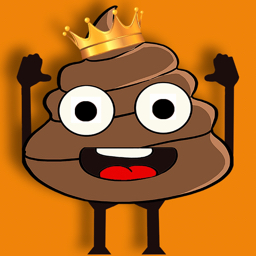 Check out the The Toilet Bowl community on Discord - hang out with 104 other members and enjoy free voice and text chat.

All the topic you started.

I’ve created way more topics than he has.

Why dont you use capture age for casting games? That seems a lot better for casting.

Also you seems to have the devs version of the mandala range mod. This circles are terrible, since they arent correct. So just use the age of mandala mods or dont use these circles at all. The ingame version of the devs looks very disguisting compared to the mod.

Also the mods version last I checked doesn’t scale with upgrades while the dev’s does.

Interesting game, indeed.
Especially as you would actually expect the sicilian player to drop castles. (This could possibly used as a joke in the cast, you could have build up siclians as a possible castle drop strat, talk about the weird build order of the british player that makes no sense or whatever. And once the britons player goes forward you switch the perspective with something like “what’s that? The britons player is dropping a castle against sicilians? Who would expect that?”)

I think you have talent as caster, but You can improve in these sectors:
A) Prepare your jokes. Write them down, read them sometimes. And if you feel like they are neat, bring them with conciousness. If you forget what youre pointe is whilst preparing the joke, this will make an awkward moment. (BTW you saved that well that’s why I think you have talent, but the less of these kind of moments the easier for you to cast.)
B) Fokus on both sides. Learn the specialities of certain civs and say what the opponent could possibly do to stop these strategies. AOE2 is an interactive game.
C) Try to use your voice proclimactic. This may be harder to achieve, but if you are exited while nothing happens and calm when there is a lot of action, whatchers can’t really follow you. Also if you try to explain something (maybe that’s the easiest way to train it) if you begin a sentence exited because you have something that exites you to tell, but then fall off in exitement (maybe because you are already through the thinking process) you lose the attention of the watchers. Try to begin sentences with less exitement and build them up to the point where the exiting information comes through. Otherwise you may lose the watchers besides you have something exiting to tell.

I mean that’s why T90 is the most succesfull caster atm I think. He just does attract people because he is always in sync with the climax of the game. You can call it hype caster, but he’s actually very careful with the timing of his hypes.

thanks man will keep inproving

the berber villagers as wariors strat… could this work at the pro level?