Add the “treasureship” in the campaign to the conventional mode, so that it corresponds to the “battle ship” of European countries (about this name, I am not sure what it is called in the English version).

Eastern countries, especially China, have a unique ship system, and it is obviously inappropriate for such countries to use European warships. However, “treasureship” is a ready-made model that can be used, which can not only make full use of the model resources in the game, but also highlight the characteristics of civilization. For the introduction of “treasureship”, to replace “battleship”, which can be the same as the data, You can also make a difference in HP, speed and the number of cannons,and make “treasureship” integrate the functions of “battleship” and “monitor”.

PS: if the production team adopts this suggestion, please don’t forget make animate to the sail for the treasureship!
Behold, The strongest confrontation between civilizations:isn’t this the most epic scene of AOE series?
(picture from 模块总预习) 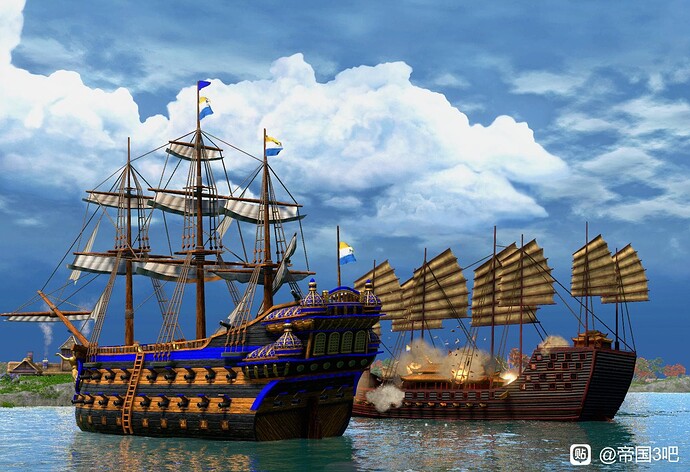 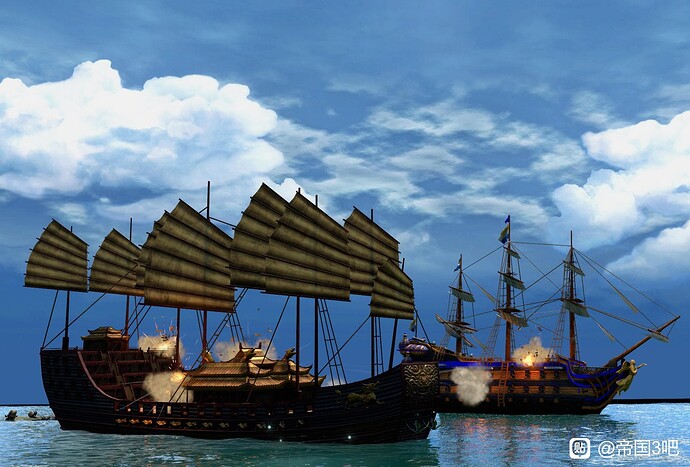 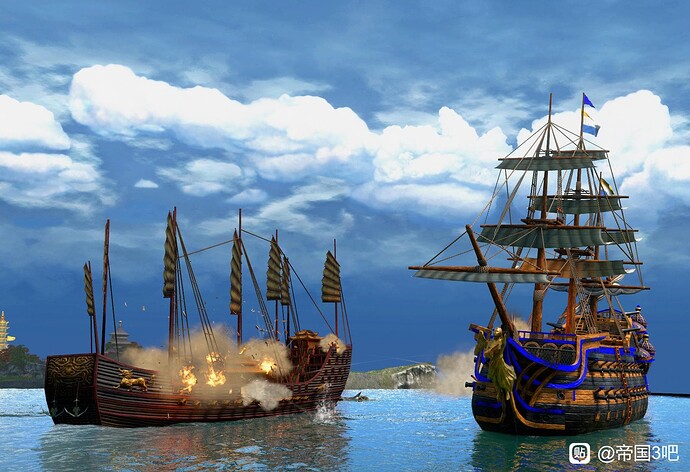 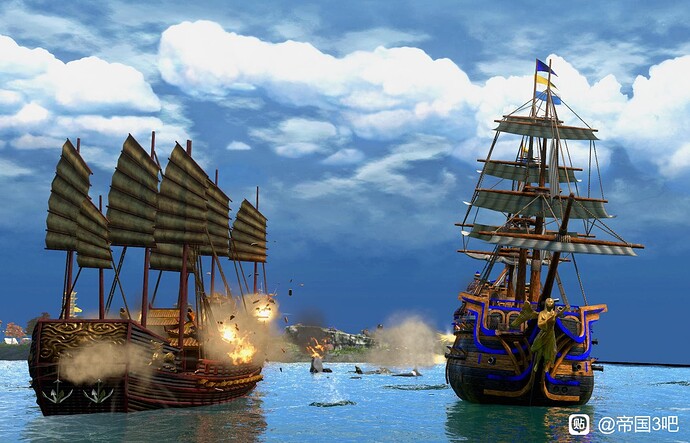 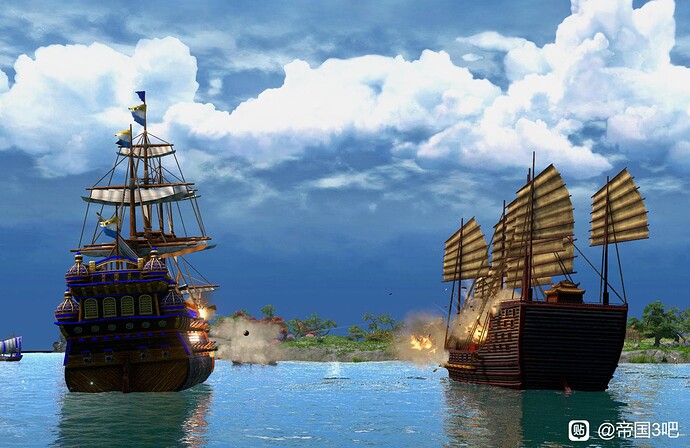 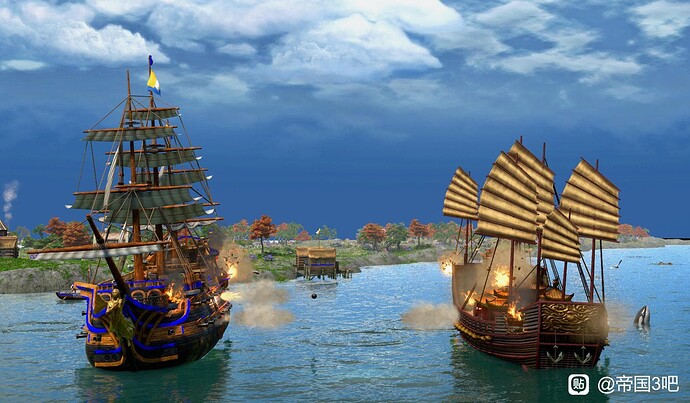 Are you talking about those sails on the treasure ship should be raised up not put down same as other Chinese ships when sailing?

That’s what it means. In my impression, there seems to be no animation of sail unfolding / folding in the treasureship.

sorry, I was talking about the sails for all Chinese ships should rest at the bottom then raised up during sail not the other way around.

Indeed, I don’t know whether the production team will correct this problem.