I was curious and thought that it would be a long way from being among the best sellers, but in reality it appears not very far. It’s hard to count the games, but he’s somewhere between 225-235 or so. I guess this is ordered from highest sold to least sold.

So is being among the 250 best-selling juices good or is it regular? I suppose it is more than profitable.

By the way, if you want to nominate the game for a steam award.

Why not put this game free for a week?

The Paradox interactive company gives free access to their games to give them to know temporarily and increases the chances that more people will know and try the game.

AOE-1 and AOE-3 could do this to expand their popularity and number of players. A free access or demo with 2 or 3 playable campaign missions would be great.

You could say that XBOX game pass already does this, but it would also be good on steam.

This is the award the can be nominated for: 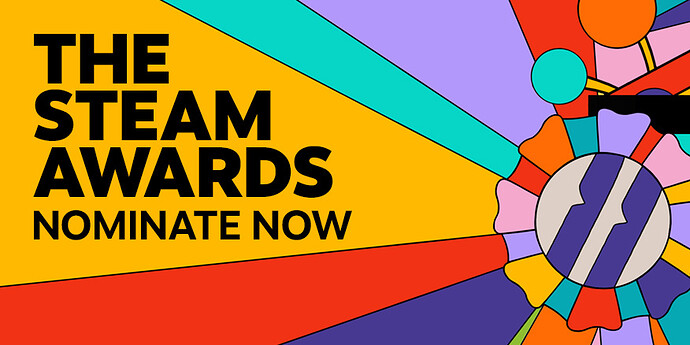 Nominate Games for the Steam Awards

Nominations for the Steam Awards are now open!

Not an award I’d nominate DE for. I see little love from FE regarding AOE3.

6 new civs + new maps (new continent too) + new mercs and natives in 1year its not enough??

Are you saying it for the Mexican civilization? Well, although it is not what many of us expected, to say that there is no dedication and love to the game would be a big lie.

In addition, the mechanics of Mexican civilization are fantastic.

6 new civs + new maps (new continent too) + new mercs and natives in 1year its not enough??

Also all the art involved in it.
The treasures, the details of the units, the profiles of the units and buildings, etc.

Good to know after all
Is a good game, a little too heavy but ok to spend your time

I can see the dedication from the devs but they are still behind the previous game on “made with love” award.

The fact the DE versions are cheaper than most games helps a lot. The fast pacing; home cards and treasures are good even if you’re playing a native and not a metropole (I remember the chinese flagship expedition being the home city on China campaign for example)

For a RTS, this game still deserves a “exceptional visual” award but I trolled choosing Aoe4 for it