Is there a reason, why aoe 3 is popular in south america

Of course, if you played aoe 2 since you were little, then you stay with aoe 2 and those who started with aoe 3 they stayed with aoe 3…

Yes, don’t remind me, I was about two weeks to unlock the dlc xd…

I met the game this way (A mobile version): 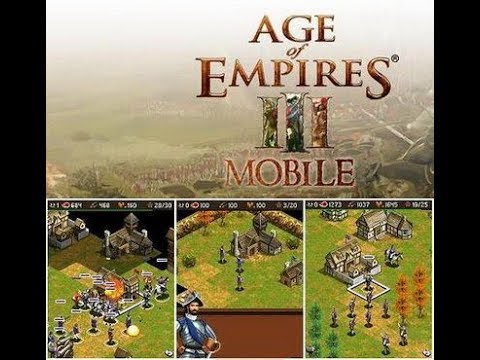 I think that in Latin America mobile games were bought because they were more affordable, but I don’t know if this helped the game to spread better.

How did you get to know AOE3 or the saga in general?

I’m not from south america but live here and in this country at least most people go to internet places to game and it’s almost entirely pc’s and old pc’s at that so the amount of games that you can choose is quite limited, aoe3 legacy at least was a game that was really ahead of it’s time and aged really well.

As for me I’m not currently in my home country so I’m stuck with my laptop and all I like on pc is RTS games, when I return home I’ll likely return mostly to PS5 and then occasionally play a few aoe3 games every few months or so.

As an old latinamerican player, I can tell you that AOE 3 got more players from here when moders start to include our countries.
Mods like Wars of Liberty caught the atention of latinamerican players because they represented our culture in the same level as more “powerful” -colonial- nations. And, usually, historical strategie games (and I should said, all genre games) represents european, asian or european countries, except when they represent the classic old cultures (inca, maya, aztecs) or they need some latinamerican country to include some drug dealer plot or something.
This is an opinion, don’t take it like a fact, but, yes, I noticed that the player base of AOE3 grown here when Wars of Liberty (and the old WOTTA) came out.
And I think that developers may have noticed this over the last years and it’s the reason why some developers started to reduce prices in LATAM and even include some latinamerican representation (see the Mexican civilization we got -wich is very well desingned- or CIV6’s Gran Colombia).

Firstly, I think many south americans who had access to PCs in the 90’s (only a few had consoles) were exposed to the RTS genre, which was the king of the PC gaming along with point and click adventures.

Secondly, there is a lot of content that we can relate to. Maps have recognizable biomes and terrain features. Also, what is widely percieved as OUR history starts in this period of time.

Yes, it’s a sugar coated version of the colonial times and the in game native diversity pales in comparison to north america, but even we didn’t knew much about them growing up. Seeing Incas, Tupi and Mapuches were a big deal to many of us back then.

I won’t jump in any conclusion without data

I had nothing to do with it I swear

I can only speak for myself, as a middle-class brazilian born in 1996. I was too young to have played AoEI or AoEII in their heydays. My family was only capable of affording a PC in 2006 and by that time AoM was pretty popular around here.

AoEIII began to caught on around 2007, but very few people had a computer that could run it. I still remember the first I saw it at a rich friend’s house and being mind blown by the water graphics. I only got a PC capable of running it, at medium settings, in 2010 and by then any hype it had, had already died.

When the series got its revival, I didn’t care much about AoEI:DE and AoEII:DE because they had no nostalgic value for me. I was excited, and later very disappointed, for AoM’s Extended Edition. AoEIII:DE was the only one I cared for that didn’t disappoint me.

Secondly, there is a lot of content that we can relate to. Maps have recognizable biomes and terrain features. Also, what is widely percieved as OUR history starts in this period of time.

There is that too. Ancient and Medieval history are usually very old world centric, there is little for us to relate too.

And I think that developers may have noticed this over the last years and it’s the reason why some developers started to reduce prices in LATAM and even include some latinamerican representation (see the Mexican civilization we got -wich is very well desingned- or CIV6’s Gran Colombia).

Brazil in Civ V BNW was a big deal as well.

Yes, but remember that they were already in the campaign and in napoleonic era and wars of liberty that are the biggest mods of the legacy, so I do not see the problem that they put them at the end … and yet you have the Lakotas who are more of the decades of the 1840s and 1870s…

A mod is generally a fan modification of the game, doesnt matter its popular, it doesnt justify it. If a first person shooter has a popular mod in which you go back to the 18th century, that doenst mean the base game set in modern warfare should.

Times 10 mod I believe it is, is also popular for aoe II, that doesnt mean it should be base game.

I probably wouldn’t have grabbed AoE3 DE if not for WoL.

Of course, maybe it’s more by region than by anything else… the same applies to Asian countries…

Of course, many still play the original aoe games in both voobly (aoe 2) and gameranger (aom and aoe 3)…