The generation of the two island map types, Warring Islands and Archipelago, do not reflect the expectation from players on the game setup screen. 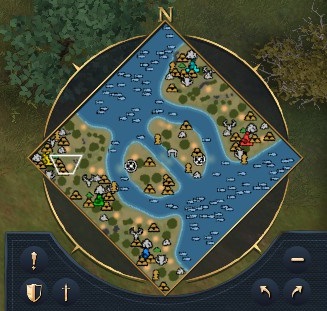 The players start on peninsulas, not islands, which cannot be sailed around. 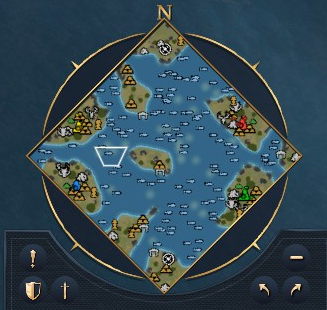 This map with a “group of small islands” has a grand total of one island. There should be several islands which can be sailed around.

Please fix the island map generation so that the generated maps match the current descriptions on the game setup screen for each island map type.

My friends and I were just discussing that the other day. It goes in the same vein as all the artwork in the game, if we’re honest.

We could do with a major overhaul of the artwork in this game, from the map previews to the upgrade & unit icons.

The Problem with Island Maps

When I first played it, I thought the map doesnt have enough trees. I beat the Hardest AI when it ran out of trees… when it stopped making a ship becoz of no more trees.

But later I realized, I think this is good to make the game shorter. If not, it would take forever to beat your opponent.

These maps makes lumber a very important resource. Conserving it and using it wisely is the gameplay of this map. I like it.

It takes a rather long time to chop away all of the trees on any map, for most players 30—50 minutes is rather normal game length.

But I get your point. It does add a level of security for you when you know that the game will end, eventually, which is why I love the addition of sacred sites to make sure the game doesn’t go on too long.

On topic, the preview image for WIs doesn’t show any trees, even though there is a fair presence of small forests on the map; whereas the preview for Archipelago shows some individual trees scattered around, while it appears to have a more scant presence of trees in the map that was generated than did the WIs map. Of course, I don’t know how many trees are supposed to be generated on average for either map.

Feedback heard. Thank you @RadiatingBlade + all.