Hello unfortunately this update I didn’t really understand. Write in the title “definitive edition” but definitive to what opens there is nothing. Continue to change civilizations, continue to touch interfaces, and change functionality.
The initial game menu is ugly, the further you go and the more Age 2 is losing that retro and old graphics that everyone liked. With the last parch instead we have rectangular keys that say nothing, unlike the beautiful shields that were there before.
However, I had problems with a scenario: apparently a problem emerged with the “Extremely large” size of the maps, with absurd input lag.
You wrote that you have improved the scenarios with many triggers, so the problem is not my triggers, but just the map itself. In “extremely big” the game goes jerky and does not play even in single player. I also noticed that during map changes the soil becomes all black if you move objects of nature.
I also give you two images to better understand. I hope you settle these problems. Thank you. 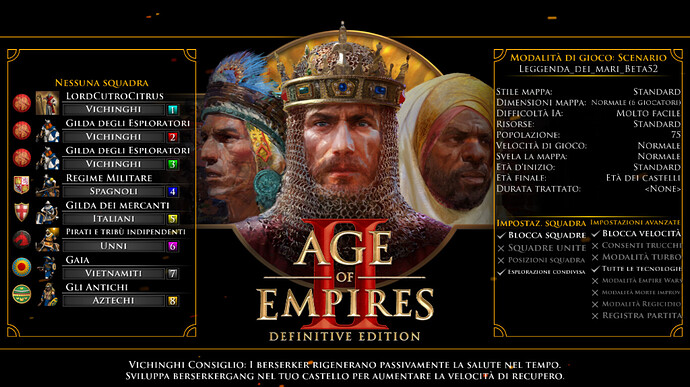 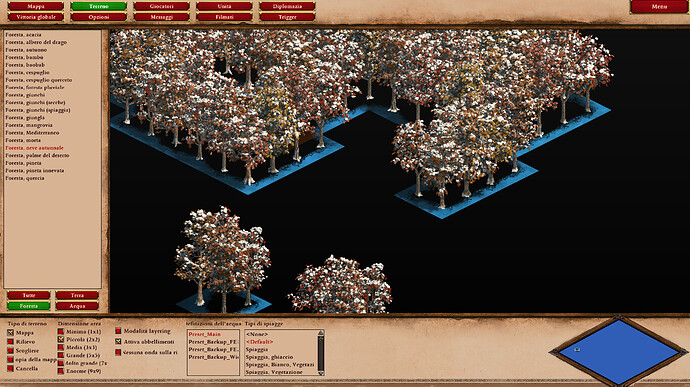