Ivaylo 1. mission a most unlikely man

I cant complite that mission becaous it has bug. I can build farms, but otther ppl on youtube cant. I am at that point wher mission objestive writes finde and defend… I have explored whole map and defited the oponent. pls help

Farms are enabled on Standard difficulty.

I can see why this is a problem. I think a dev fix for this would be to have Yellow unally you at some point on Standard difficulty. I guess it could be pretty late into the game or after Teal is eliminated. At the moment you just kill Teal and sit around with two allies.

How to reproduce OP’s problem: Looks like you can also enemy Green and nothing will happen on Standard difficulty if you stay allied with Yellow: 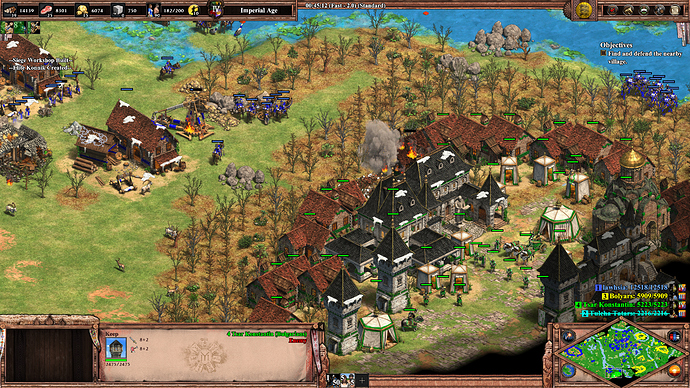 But setting Yellow to enemy makes Green change stance to enemy you, although the blockers to Green’s base don’t disappear if you do this: 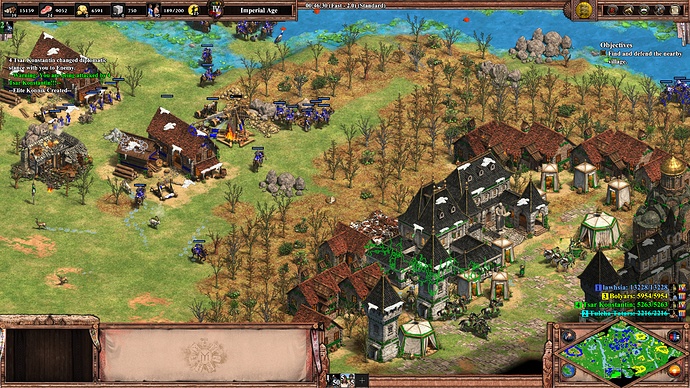 The mission looks so weird without snow 11

I have started from start that mission and defendet city for 40min whole map is ucovered and nothing happens I am stuck please help me how do I do that mission???

I’m having the same problem on moderate difficulty… I never see the dialog or diplomacy switch from yellow that is supposed to occur. I can unally him manually, but my objective never changes from find and defend the village, which never becomes completed even if I kill teal, yellow, and green.

Just replayed it and same, it seems like the mission is bugged or something the trigger never changes from defend the town.

It was kinda fast to change first time I played.

Hi. I had also this bug while playing. For me, I had to put a scout cavalry inside the green base so he becomes hostile. From there my objective turned into kill the 3 Lords. From there the mission played smoothly

Thank you for this report.

This is due to the known issue where the game cannot currently track the number of kills. The scenario relies on you killing a certain number of units (owned by the Tulcha Tatars) to advance the objectives in the scenario. That issue will be fixed and the Ivaylo campaign will work normally again soon.

What about the pigs? what causes that?

What issue with pigs? Sorry, I must have missed it. Could you re-post or direct me to the post?

The pigs in that screenshot I posted earlier keep respawning. 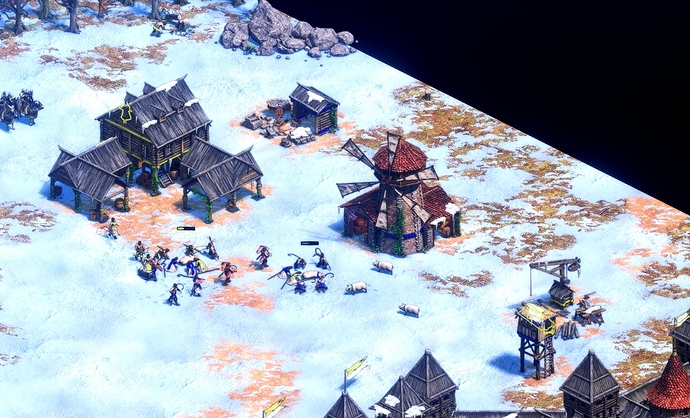 Pigs and goats spawn for the Bolyars and Tulcha Tatars AI players, respectively. That is intended. Because of the issue discussed in this thread, you’re able to harvest their pigs which normally wouldn’t happen because you’d be at war with the Bolyars relatively early into the scenario. Because that diplomacy change isn’t happening, a behind the scenes mechanic is now noticeable.

As a workaround, if you cut the trees to Green base (I used trebs) and change them to enemies, you can kill Konstantin and the mission ends with success. I just did it unvolountarily.