For me, The Question is not, if japanise will be added to the AoE4, but when and how

I would like to come them with own campaign about japanese medieval history, similar to Rus’ “Rise of Moscow”, not just about 1 part (Sengoku Jidai) like AoE3 campaign

Aside of japanese “internal conflicts” , the Genpei War and Sengoku Jidai (era portrayed in Total War: Shogun 2), I would to implement missions portraying japanise invasion of Korea and mongol invasion of Japan, this would be bring interesting civilisation diveresity 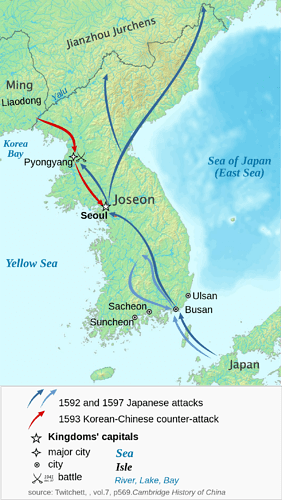 Koreas can be represent by modiefied Chinese 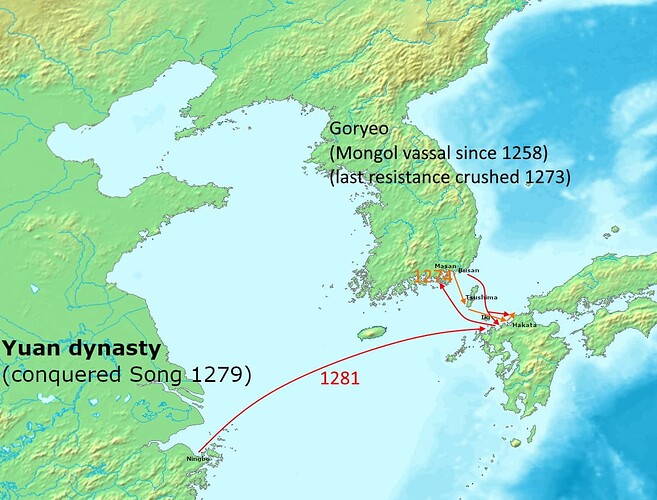 The base AoE4 campaigns do not have proper mission with ships and naval combat, and there are lot of potential for it in potential japanese campaign

I would also like to see “Kurikara” mission from AoE2 reworked to AoE4 for this campaign, because why not, it is good mission

What do You think?

I would really love to see the japanese campaign centered around first the Mongol invasion, and then the Invasion of Korea, rather than a over emphasis of the Sengoku Jidai.

But having the Mongol invasion as a interrim would be nice. (Here they would be using China + Mongol units)

I would really love to see the japanese campaign centered around first the Mongol invasion, and then the Invasion of Korea, rather than a over emphasis of the Sengoku Jidai.

This is exactly the point of “my Vision” about this hypotetical japanese campaign, to contain multiple interesting parts of history - Genpei War, Mongol Invasion to Japan, Sengoku Jidai and ######## invasion of Korea; not just one part or protagonist

With the Koreans, I would be fine to represent them with Chinese with own flag, similar like Hungary and Poland in AoE4 Mongol campaign,