I noticed a minor problem in the Joan of Arc campaign : the map in the campaign menu is anachronistic. The modern borders of France can still be seen at some points, while Burgundy occupies modern-day Switzerland (which they certainly didn’t own at this time) but ignores their lands in Burgundy proper and Flanders. These borders wouldn’t exist until centuries after Joan of Arc’s campaign (1428-1453). Alsace and the northern borders would mostly be conquered by Louis XIV (1643-1715), while the south-eastern border would only get this shape after Napoleon III (1848-1870) annexes the french parts of Savoy. 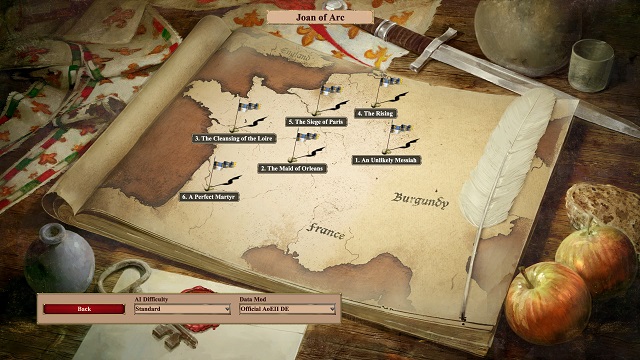 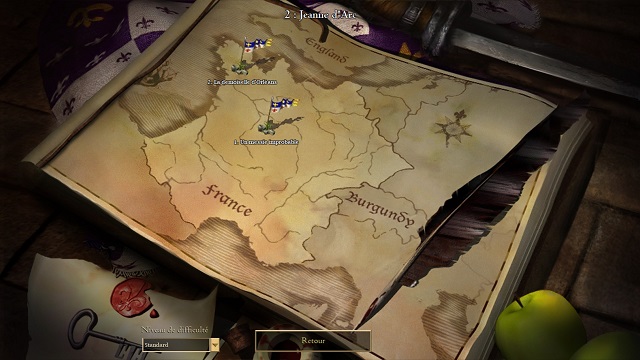 Although less blatant than in the original CD/HD version, the map still isn’t right for the situation in the XVth century.

A more correct map would be something like this, highlighting the correct border between France and the HRE, the Burgundian lands (Burgundy and the Low Countries, not Switzerland who would fight a war against Burgundy quite soon after) and maybe areas controlled by the usurper Henry VI of England. 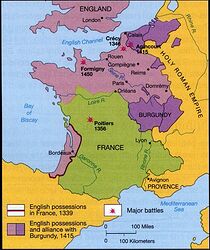 Do you have any other examples of campaign maps that should be fixed ?

Do you have any other examples of campaign maps that should be fixed ?

Pretty sure most of the ingame scenario maps are wrong.