Please post your entries below. The full blog post with entry requirements and a link to the Official Rules can be found here.

My Favorite civilization are both the Spanish & the Portuguese. My favorite part of their history was the conquest of the Americas, from around 1492+ (I know it sounds bad). I like them because they contributed to many things & without the conquests, lots of us would probably not be here, & most likely would there be no Age of Empires games, so no reason to live (;
Btw, I most likely descended from this, & for fun i’ll list my ancestral heritage: Native American (specifically from Algonquian tribe), Spanish, French Canadian (so French), Scottish, Irish, Whelsh, Russian, Chinese (maybe) & Czechoslovakian.
Images:

Favorite campaign for me so far in an Age game has to be the Freedom Fight with Indian civilization from Age of Empires 3: Asian Dynasties.

I have always been fascinated by Asian history, and India’s in particular because there were many low level freedom fighters such as English infantry man Mangal Pandey and a young Sikh name Bhagat Singh. People of this side of the world only heard about Gandhi, but I highly encourage you to read about these two folks. Anyways, the reason why I picked this one, is due to it being very believable. There were many frequent incident like the Indian campaign in this period time of India, where a very frugal Indian Sepoy would start resistance movement against the Britishers general.

And the Indian campaign had similar structure…meaning that very clever protagonist secretly planning an attack on their general and freeing locals from the “British Raj (empire)”. That campaign not only captures the realism of this Indian time period, but it made us part of their revolution. So i liked that a lot.

Queen Seondeok of Silla’s construction of Hwangnyongsa Pagoda (“Dragon Temple”) is one of my favorite moments in Korea’s history. While battling her neighboring Korean kingdoms, Silla’s (and Korea’s) first queen constructed a massive 9-story pagoda in Gyeongju, South Korea. A towering testament to Silla’s resilience and Buddhist faith, Hwangnyongsa was built entirely of wood, with no nails, and at 262 feet tall was the tallest structure in all East Asia at the time. While it no longer stands, it has life in Age of Empires II, where (in a wonderful nod to history) it appears in the Noryang Point mission in the Battles of the Conquerors campaign, standing where Gyeongju roughly is on the Korean map.

One of my favorite moments in Japan’s history would have to be the Mongol invasion of 1274. The Mongols allied with the Chinese and Koreans and amounted an army of 20,000. One of their main targets was Hakata bay. Strangely, in The First Battle of Hakata Bay (also known as The Battle of Bun’ei) both sides thought they were drastically outnumbered. Japan was far less experienced with such a large army though, so they quickly started to lose. However, the whole battle changed in just one night. The night after the attack started, a huge typhoon caused almost 90% of the enemy ships to be lost or destroyed. After this unexpected Japanese victory, the Mongols were forced to retreat and wait for another opportunity.

I had trouble posting the pictures here, I kept getting an error saying I have to be around longer before posting links… Even though I joined in 2017. If someone could help get them up here like normal that would be great, but here are the files, I hope this works:

My favorite part of Incan history is when the Incans defeated the Chimor (Chimu) Empire, which was quite possibly the strongest in South America at the time.

The Incans were able to accomplish this by taking advantage of the surrounding terrain. The Chimor capital of Chan-Chan was in a desert so the Incans took control of the rivers leading to it, and eventually the Chimor Empire had to surrender.

One of my favourites moments of history is when Hannibal decided to attack the Roman Empire by bringing freaking elephants through the Alps like an absolute madman!! No roman ever could expect that.
hannibal|690x270

I am unsure if the new forum format copied over your images properly–you may want to edit your posts accordingly.

Also, hhhbch, the Koreans and Chinese weren’t “allied” in the Mongol invasion of Japan–they were forced, as vassals of the Mongols who had conquered them, to supply ships and soldiers for Kublai Khan’s invasion.

my favorite Civ will be the Britons, later British.
Battle of Agincourt is one of my favorite battle, because the odds of winning is very slim and yet they do it anyway by a sheer luck… muddy ground kind of luck. well of course with the help of longbowman (my favorite unit) pouring arrow to the french knight. (one of history about british stuck in the europe wanting to retreat back to england by the way!).

longbowman my favorite unit, and they got their own campaign in aoe 2 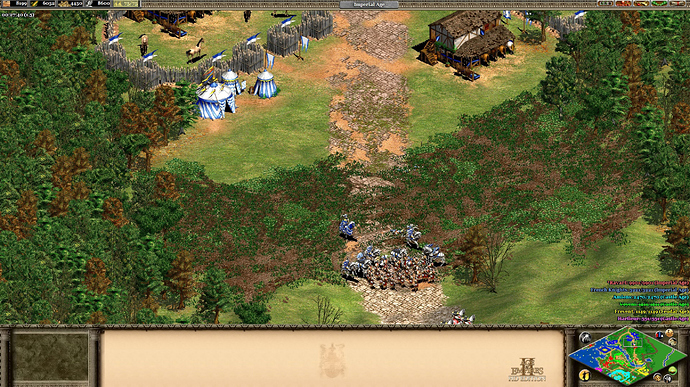 One particular epic historical moment on Age of Kings for me was when I played Barbarossa campaign. Historical recordings of him were full of accomplishments, myths and theories. The campaign indeed shows that Germanic forces had the intent to bury the deceased Emperor on Jerusalem after his unexpected demise. But the plan failed, his corpse was divided and buried on different sacred places.

Although it caught my curiosity, the last level was a big “fantasy” scenario, but I was happy converting an Elephant army, with Richard I helping.

You can check more about Barbarossa on: https://en.wikipedia.org/wiki/Frederick_I,_Holy_Roman_Emperor#Legend

Hi all! If anyone is having issues with their submission after the move to this new forum please let me know by Wednesday the 27th so we can make sure everything is entered correctly before the thread closes!

I am having a lot of problems with these new forums… I can’t log into my account (hhhbch) so I had to make a whole new one. Since I can’t edit my old post to get the pictures to work, I guess I have to repost it. I hope this is fine reposting using a 2nd account. Please disregard my old post without the pics.
@mythdracon Ah, yes that is right. Thank you for the correction.

One of my favorite moments in Japan’s history would have to be the Mongol invasion of 1274. The Mongols forced the Chinese and Koreans to aid their attack, amounting to an army of 20,000. One of their main targets was Hakata bay. Strangely, in The First Battle of Hakata Bay (aka The Battle of Bun’ei) both sides thought they were drastically outnumbered. Japan was far less experienced with such a large army though, so they quickly started to lose. However, the battle changed in just one night. The night after the attack started, a huge typhoon caused almost 90% of the enemy ships to be lost or destroyed. After this unexpected Japanese victory, the Mongols were forced to retreat and wait for another opportunity. 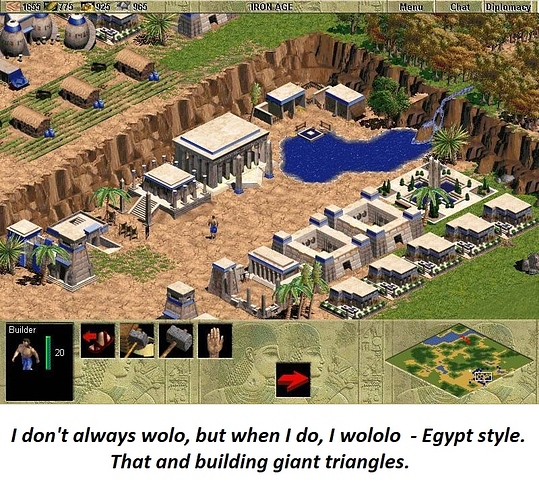 I’d have to say my favourite civ has to be Egypt. The building of the great pyramids has to be one of the crowning achievements in world history. Ironically, even as the Great Pyramid is the oldest wonder of the Ancient World, it’s also the only one still standing. That Ramesses II managed to expand the Egyptian Empire to the extent it achieved during the New Kingdom, is a testament to the power of the mighty power which built giant triangles to symbolise power. Plus the Egyptian pantheon was rather cool, and based on the natural functioning of the world.

My favorite moment in history for the Roman Empire would be the Battle of Cynoscephalae. This battle was between Rome and Macedon and would mark the end of the second Macedonian War. The Battle of Cynoscephalae was a showdown between the Roman Legions and the Macedonian Phalanx. The battle took place on a hill in Macedon. Both armies tried forcing their enemy to fight uphill. For most of the battle it went back and forth between who occupied the top of the hill. Eventually the Romans caught the Macedonians off guard and out maneuvered them forcing them to retreat, ending the second Macedonian War.

The battle started with the Romans fighting uphill.

The phalanx would go on to push the Roman Legions back.

This was a rare moment in history to see the Roman Legion and the Macedonian Phalanx face off head to head.

Eventually the Roman Legion prevailed and forced King Philip V and his army to retreat, and thus ending the second Macedonian War.

I will say that it was actually a cavalry charge from Rome that sent the Macedonians in retreat. King Philip V was sending in a second flank up to the top of the hill when suddenly they were attacked by Roman cavalry, unprepared. I really just wanted to depicte the battles between the Roman Legion flanks and the Macadonian Phalanx flanks. In my opinion, I think it is fascinating to have such a great recording of Roman Legions fighting off the Macedonian Phalanx.

This topic was automatically closed after 2 days. New replies are no longer allowed.