Khan shouldn't behave like a scout and always at front

Khan is same formation order as a scout (if you get what I mean), and always want to be at the front in a group. Which create a few problems. For example.

It will be so much better if Khan is same formation order as its range. 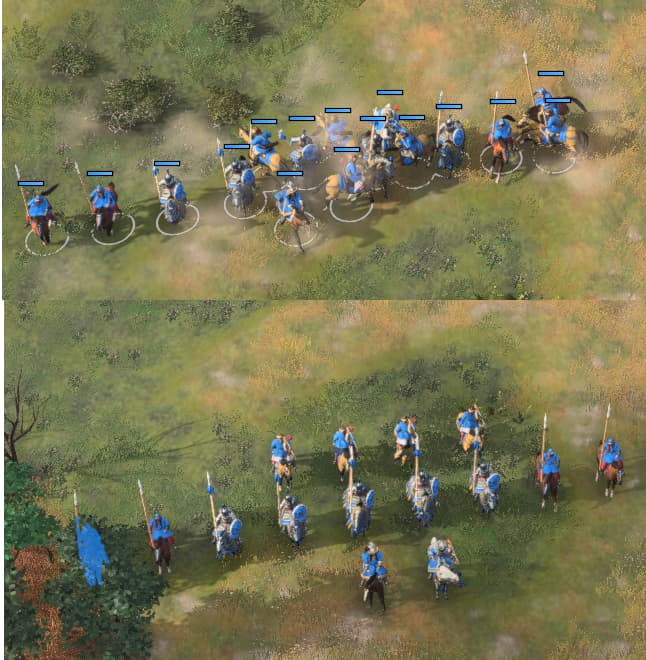 Dude tell me about it. I wish we could customize the formation. Some people might like the khan in front for the vision, but it could fall back if there’s a second scout like you show.

Same thing with camel archers. They lead a formation despite their low armor and ranged attack. Stupid.

yeah i like the khan at front for the vision but I agree that if there is a a scout, khan should behave as mangudai.

Would it be more “logic” to set the khan at the center of the formation?
It would be balanced regarding the view aspect and more convenient for his special arrows.

Thanks for the feedback y’all! I’ll make sure it makes it to the rest of the team.