We are aware that there may be issues related to translation or localization of the game. Please consolidate all reports regarding the Japanese language in this thread. Please include the following information:

Please be aware that Developers and AOE Staff commenting on this thread may not know the language, and are utilizing translation software to understand what is being reported, so that it can be properly documented and passed to the Localization team. 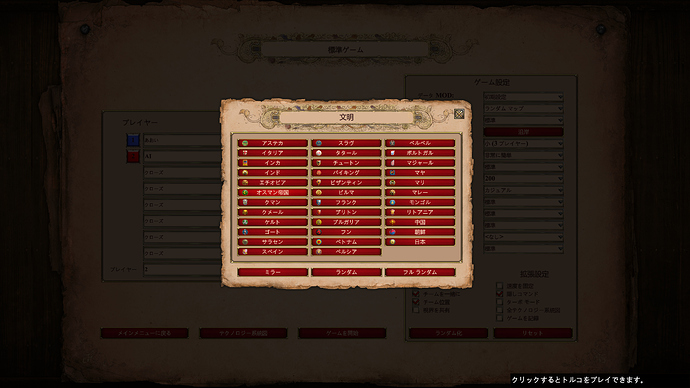 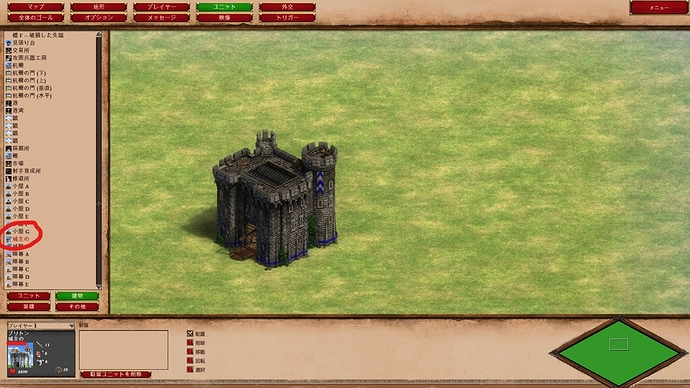 Traditionally, japanese translation of Castle Age is “城主の時代”. I believe this shouldn’t be changed despite “城主の” is wrong translation for “castle” itself.
In Japanese version, Feudal Age is translated as “領主の時代(Feudal load’s Age)”, and Imperial Age is “帝王の時代(Emperor’s Age)”. These translations make sense of unity because forcused on who is the ruler of each ages. 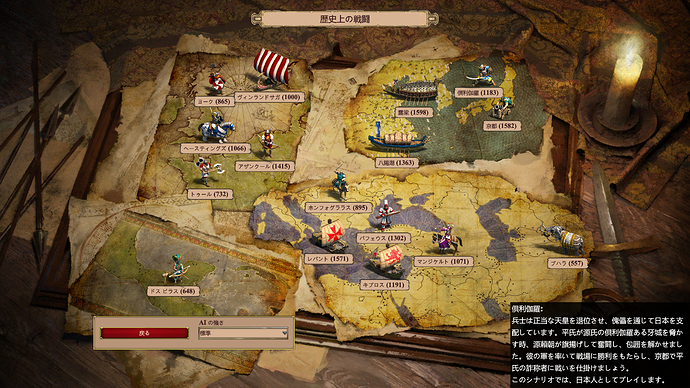 Also, the end of descricption of senario is “このシナリオでは日本人としてプレイします。”.
“日本人” means “Japanese people”. This time, it should be “日本(name of Japanese civ in this game)”. Same problems are also happened in other historical battle senarios descriptions, for examaple, “ブリトン人 (Brion people)” in Agincourt and so on.

The character 鄱 (“Po” of “Lake Poyang” 鄱陽湖) mysteriously mojibakes in the UI. (string ID: 95216, a campaign menu tooltip). As the name shares the same character with Chinese, and in Chinese UI it shows up correctly, my conjecture is that the internal process uses a Shift_JIS/Windows-31J-based converter somewhere when you select Japanese, even though the input is UTF-8.

Incidentally, all other occurrences of “Lake Poyang” in the Japanese string (at 35616, 66710 and 216601) mistakenly become 八陽湖, which seems to be a simple human error by the translator.

Moreover, the Japanese string file contains 35 lines of テュルク mostly from HD or after campaigns, which should also be トルコ except where it translates “Turkic” at ID 46509, 71009 (only the first appearance), and 95204.

Huge thanks for listing out all of these issues, everyone; I’ve written all of them up for investigation by our QA team!

As a note, I’m going to close out this thread now that we have everything written-up, but PLEASE do not let that stop you from submitting translation issues here in the bug category! Be sure to include the following information if you continue to see issues in the game that were not listed here:

I will continue to escalate this information to the team for review, and appreciate all of your help noting these issues!